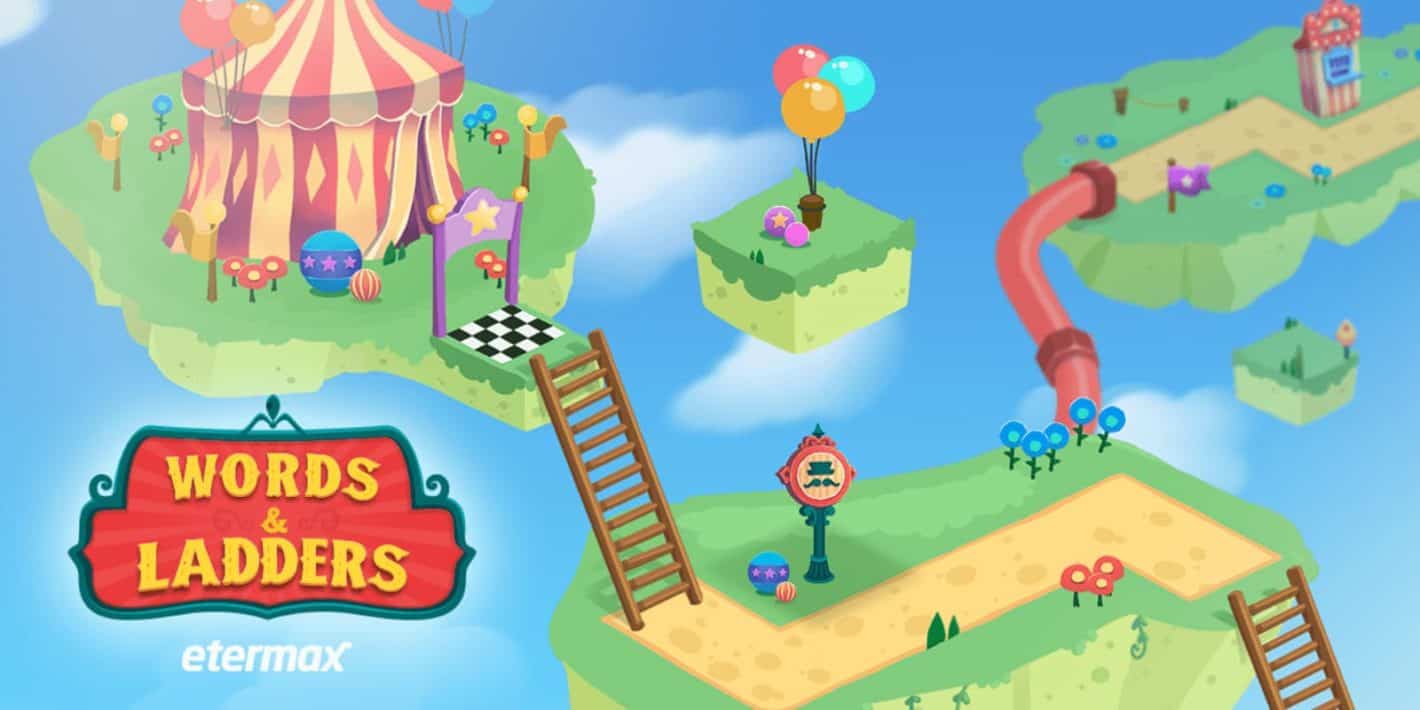 Etermax has now officially launched its riddle-filled digital board game, Words & Ladders, for both Android and iOS. As its name implies, this title is a combination of widely-loved word apps and games and the childhood classic board game Snakes & Ladders.

The game starts with players meeting Gallerino, a character who needs help discovering hidden words. To find those, players must reach the top of a 100-square game board. As in the above-mentioned board game, that board is not only filled with shortcut ladders to climb more quickly. It's also packed with slides that will set a player back if landed on.

Gameplay consists of players spinning a wheel to determine how many spaces they'll move. But, since Words & Ladders is a word game, there are additional challenges brought to bear with that. Players will face riddles at every square they land on. Those need to be answered quickly, within 30 seconds, in order to advance.

Answering correctly allows players to collect coins. Those can be used to purchase benefits during gameplay to give players a leg up. But that also lets players advance and take ownership of a given square. And that's where an additional twist to the classic gameplay enters the equation, making this title anything but casual.

If players land on squares owned by others, they'll be forced to quickly determine the one-word answer to no fewer than two riddles. Otherwise, they'll be unable to advance.

The purpose of that gameplay mechanic, Etermax says, is to help Android and iOS users fine-tuning their memory and improve vocabulary. There are thousands of puzzles in-game that need to be solved and those will also help users test their own understanding of pop-culture trivia. So only the most knowledgable players are going to win here.

Once the game has been won, by reaching the top square, users are awarded a medal. And those are, in turn, used to gain rewards via the completion and unlocking of park attractions, adding another layer of complexity to the title.

Etermax is not necessarily breaking new ground here, having already found success with hit Android titles such as Trivia Crack, Trivia Crack 2, and Word Crack. Those titles have netted the company 700 million downloads worldwide and Words & Ladders is already impacting that figure. On Android, the title already has over 500-thousand downloads and a 3.8-star rating since launch.

Of course, the free game's in-app store allows users to advance more quickly too. In-app purchases range from just shy of $2 to almost $80 and the focus on unpopular in-app-purchases has undoubtedly brought the score down somewhat. But it's easy to see how Words & Ladders could find a place among the most popular Android games on the Google Play Store.