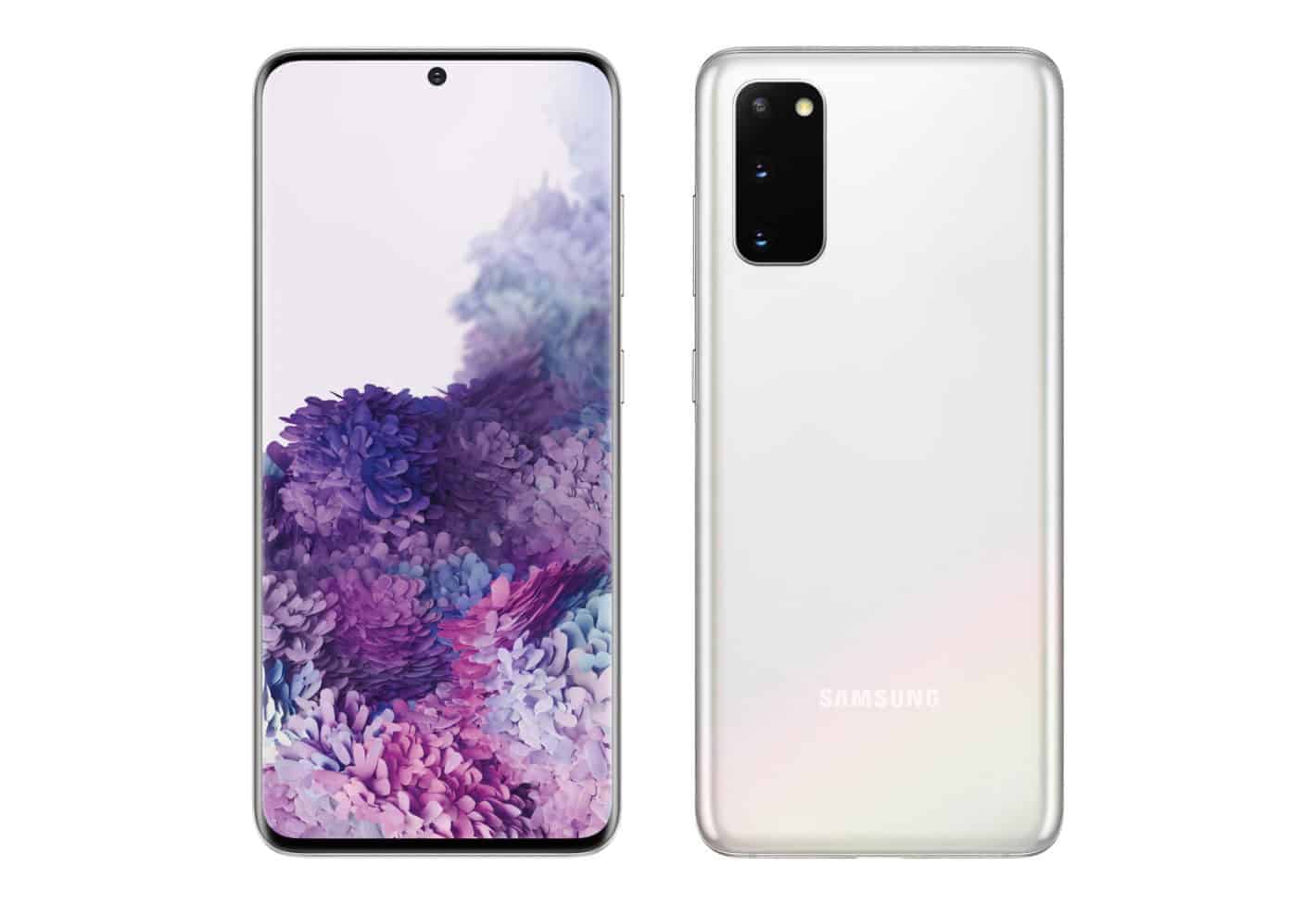 This information has been shared by Evan Blass, a well-known tipster. He did that by releasing Verizon's variant of the Galaxy S20 5G, via Patreon. You can see the device itself above this article.

The Cloud White of the Galaxy S20 5G is not exactly new, it has been available in Korea since launch. It is new to the US customers, though. It seems like this variant will be exclusive to Verizon, at least at first.

The Galaxy S20 5G is currently available in Cosmic Gray, Cloud Blue, Cloud Pink, Cosmic Black, and Aura Blue color variants. It all depends on which variant you opt for, as both 128GB and 512GB storage options are available. Offers also differ based on where you get the phone.

Verizon's Cloud White Galaxy S20 5G will be the same as every other variant in terms of the design, but it will offer a different-colored back. It will be white, as its name says, and as you can see in the provided image.

The Galaxy S20 5G is the most affordable Galaxy S20-branded phone. It is also the smallest Galaxy S20 handset that the company announced this year… at least thus far.

The Galaxy S20 5G is made out of metal and glass, and it features a centered display camera hole. The phone offers really thin bezels, and three cameras on the back.

The phone does include a curved display, but it is barely curved, much less than on previous models. Its back side is also curved, and the phone is actually quite slippery. Its rear camera module protrudes on the back, a bit.

The phone is quite powerful. It comes with a 6.2-inch QHD+ Dynamic AMOLED display with 120Hz refresh rate. The phone is fueled by the Snapdragon 865 in the US, and it includes 12GB of RAM.

Stereo speakers are included in the phone, while Android 10 comes pre-installed, along with One UI 2 skin. The phone is water and dust resistant, and it doesn't have an audio jack.

The Cloud White Galaxy S20 5G will probably cost the same as its siblings. It will be priced at $999, though you'll be able to sign a contract and get all sorts of discounts, of course. We're not sure when will the phone become available, but that will probably happen soon.