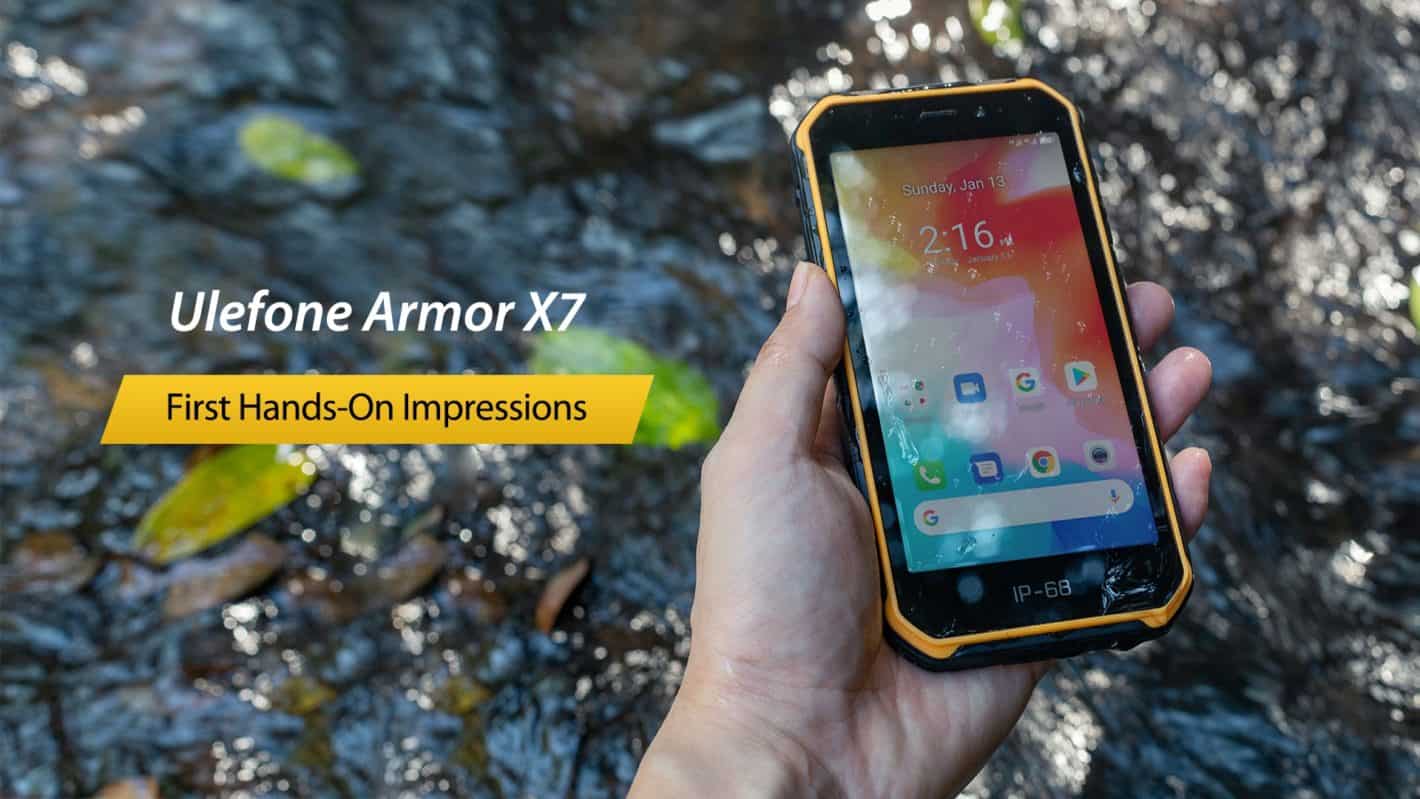 Ulefone has shared a new promo video on YouTube. This time around, the company is promoting its Armor X7 rugged smartphone in a hands-on video.

This video has a duration of 2 minutes, and it is embedded below this article. In it, you'll be able to take a closer look at the Armor X7 in a forest environment.

Ulefone also shows some of the features of the device. Like a 'Custom Key' feature, for example. This device comes with an extra physical key on the left side, and you can customize its functionality.

A system-wide dark theme is also supported on this device, thanks to Android 10 which comes pre-installed. Ulefone also shows a rear-facing fingerprint scanner, and parts of the phone's UI.

You'll see a camera sample or two here as well, though do note that this is not a camera smartphone. The company also dropped the phone several times during the duration of this video, just to show you that it can take a hit.

The Ulefone Armor X7 is a really compact rugged smartphone, which is exactly what this hands-on video shows you. The Armor X7 comes in Black and Orange color variants, while the Black one has been shown in the provided video.

The phone features a 5-inch HD display, along with 2GB of RAM and 16GB of internal storage. It is fueled by the MediaTek Helio A22 64-bit quad-core processor.

This is clearly a budget smartphone

These specifications clearly indicate that this is a budget smartphone. The phone does offer storage expansion, by the way, up to 16GB, in case you need it.

This phone allows you to take photos and videos under water, thanks to its water and dust certification. The device supports 4G LTE connectivity, it is not limited to 3G.

A 4,000mAh battery is also a part of this package, and it supports 5W charging. That is quite a large battery for this display size, and the SoC included here, so you should get plenty of battery life before needing to recharge this device.

The phone also supports the 'Face Unlock' feature, as it uses its front-facing camera to scan your face. Two SIM card slots are included here, two nano SIM card slots. The Ulefone Armor X7 is currently priced at $89.99, as it's discounted. This discount will expire on April 6, and if you're interested, hit the link down below.