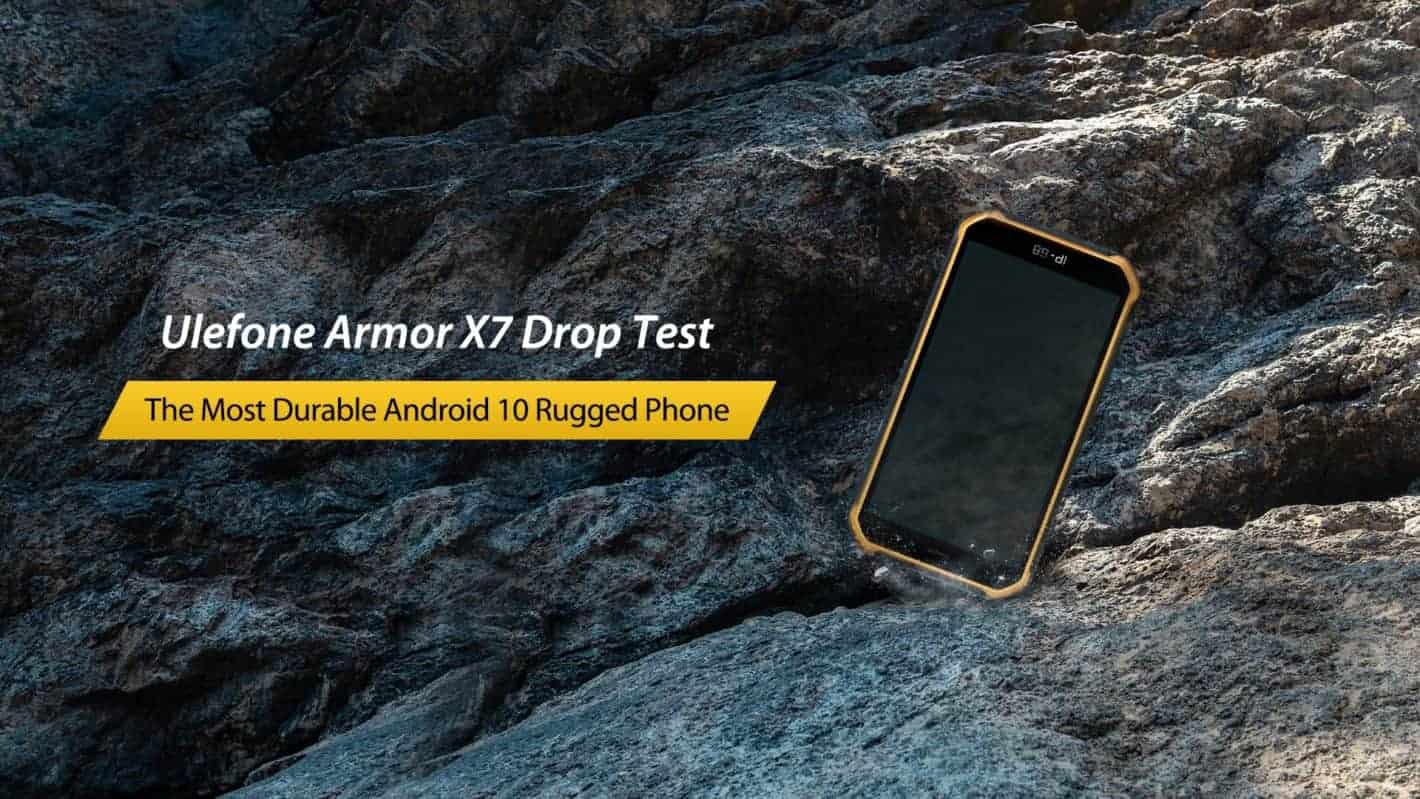 Ulefone has published the Armor X7 hands-on video a couple of days ago, and now a drop test video is live. This video has been published on YouTube, the same as the last one.

The video itself has a duration of about a minute, and it is embedded down below. The Ulefone Armor X7 is a rugged smartphone, so you'd expect it'll do good while facing drop tests. Spoiler alert, it did well.

Ulefone starts dropping the phone at the very beginning of the video. The first drop is from about 2m, onto the concrete. The phone handled that like a champ, no signs of damage, and it continued working fine.

For the second test, Ulefone decided to throw the phone into the air, quite a bit. The phone landed onto the dirt, and that didn't harm it at all.

The third test followed. This time around, the phone got dropped down the stairs. It tumbled quite a bit, but that did not manage to do any damage either.

The last test also included stairs, though this time around, the staircase was quite a bit longer. The phone tumbled, and tumbled… and it was still perfectly fine after all that.

The Ulefone Armor X7 aced all of these tests. This Ulefone Armor X7 drop test video is actually good proof of the durability of this phone. That is even more impressive when you consider its price tag.

This handset costs less than $100

The Ulefone Armor X7 has rather noticeable bezels, which is not surprising considering its price tag, and the fact it's a rugged phone. All sides of the phone have been reinforced for that purpose.

The device features a 5-inch HD display, along with 2GB of RAM and 16GB of expandable storage. It is fueled by the MediaTek Helio A20 quad-core SoC.

A 13-megapixel camera sits on the back of this phone, while a 5-megapixel one is included on the front. A 4,000mAh battery is also a part of the package, along with 5W charging.

A fingerprint scanner can be utilized as well, a capacitive one. This smartphone also supports facial scanning, in case you were wondering. 4G connectivity is also supported, and there are two SIM card slots here.