Hockey itself is not a casual sport so you might think that it would be difficult to find some of the best casual games based on it. On the contrary though there are more than a few casual hockey games on Android.

While you won’t find literal hundreds of hockey games on the platform there are more than enough to make finding good ones a slightly tedious task. So we’ve put together this list of the top 5 best casual hockey games to make that task simpler for you.

If you love sports betting you can also check out the 22bet application, which lets you bet on all kinds of sports and not just hockey. The app is easy to use too, so finding the sport you want to bet on will be just as casual as the games in this list. 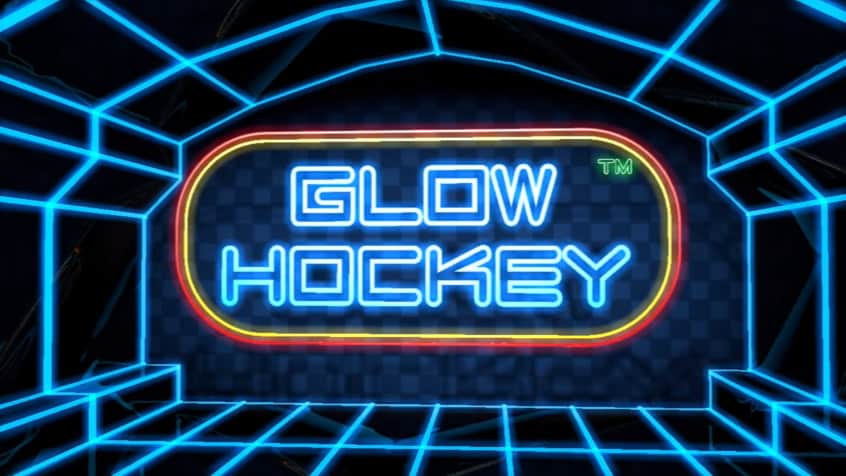 We’re starting things off with a staple in the hockey genre. Air Hockey.

This table top hockey game called Glow Hockey is in a digital format with a glow in the dark visual setup, and offers some pretty simple gameplay mechanics that are easy to get used to. If you like air hockey then you will almost certainly like glow hockey.

The best part about this is that there is a 2-player mode that allows you to play with a friend on the same device. This might work better on a larger screen phone or tablet, but the option is there if you want to use it.

There’s a number of other decent features too, such as realistic physics, different paddles and pucks to select, and a vibration feature when you score goals to give the game that extra excitement.

There’s also the ability to play against the computer opponents if you can’t or don’t want to play with friends. You can play with three different themes too if you want to change up the look for the table.

You probably know the deal now when it comes to these casual sports games, as Blocky Hockey is yet another title from the developers over at Full Fat. Which has more or less created a blocky version game of every single major sport.

With Blocky Hockey you get what you might expect from the games, which is easy to learn and easy to use controls, retro-inspired block graphics for your characters, and super fun gameplay.

Skate your way to the other side of the rink and score goals as often as you can, and play to unlock more than 50 different characters that you can use in your games.

Blocky Hockey is a super simple hockey game, but this is a casual list and it’s a really good game for what it is. Definitely check it out if you’re looking for one of the best casual hockey games there is.

This next game is a little less casual than the rest but it still isn’t overly complicated which we thought made it a good fit. It also has nice graphics and a pretty decent rating with over one million downloads.

As for the features Hockey All Stars gives you the ability to create your own team and take your franchise to the top throughout the season. You can customize your team’s uniform and colors to personalize your look too.

You can upgrade and improve your team by acquiring different player cards and the better cards you get the better your team will be when you mix those players into your roster.

Once you start your career you can play across multiple seasons and get a console-like experience of the sport right on your phone or tablet. Distinctive Games (the developer) calls it a hockey sim, and that seems about right considering how good it looks.

Brutal Hockey feels like a highly underrated game in the hockey genre, but it shouldn’t be because it looks and feels good and offers quite a lot to the player in terms of features and quality.

This is a top-down hockey game, giving it a slightly different feel from the view alone. Don’t let that fool you though because you can still see all of the crazy action that has the chance to unfold as you play.

Brutal Hockey is a fitting name since you can bash your opponents into the walls and break the glass.

You have 30 tournaments to win if you’re going to become the champion team, but there are also global rankings if you want to see how you stack up against other players from around the world.

Brutal Hockey also promises to have a fast and adaptive AI, which most players will likely find to offer a nice challenge when playing solo. There’s also an endless mode, which helps to work as a way to train and practice your skills.

When it comes to teams there isn’t a ton of variety, but you do get access to five different teams in the league, which are the Battling Boars, Mighty Eagles, Power Sharks, Wolf Pack, and Unicorn Squad. Definitely check this one out if you want a simple but fun hockey game that still feels like a hockey thanks to the fights.

Rounding out our list is a game called Hockey Stars which looks and feels more or less like an air hockey game. So if you’re familiar with air hockey you’re likely going to get the hang of things in this game pretty quick.

There’s quite a lot going on here with Hockey Stars as it has over 80 teams to unlock with the developer stating that there will be more added in at some point in the future.

Gameplay is simple and fairly casual, and because it’s easy to learn most people shouldn’t have a problem getting into the game. If you’re looking for one of the best casual hockey games on mobile right now, this is it.