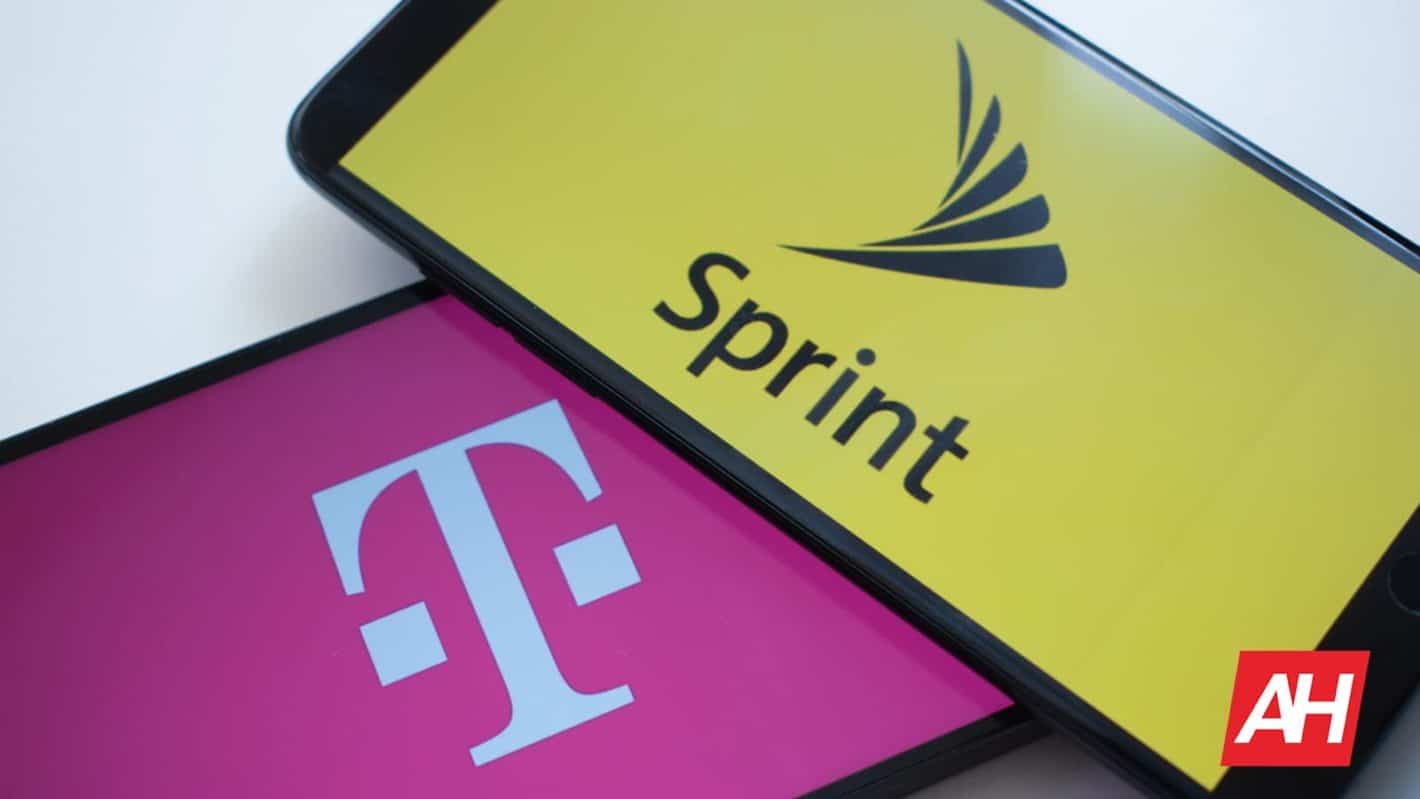 T-Mobile and Sprint have finally merged, closing the deal on April 1, 2020. Now that the merger has been approved and is final, it’s time to answer some frequently asked questions about what’s going to happen with customers from both T-Mobile and Sprint.

Who is in charge of this new T-Mobile?

Last year, T-Mobile announced that its president and COO, Mike Sievert would be taking the reigns as CEO once the deal closed with Sprint. Now that the deal has closed, Sievert is now in charge of the newly merged company.

That means that John Legere is leaving T-Mobile, after almost eight years. During that time, Legere has taken T-Mobile from dead last in the wireless industry, to third, and making them a major competitor to AT&T and Verizon. Both companies that have more than double the number of subscribers as T-Mobile. When Legere took over, T-Mobile’s parent company, Deutsche Telekom wanted out of the US desperately. Now, it wants to stay in, as T-Mobile US is the only carrier it has, that is actually making a profit for them.

How many US carriers are there now?

There’s AT&T, Verizon, T-Mobile and now Dish. Thanks to the deal that T-Mobile had to make with Dish to satisfy regulators, Dish will now become a fourth carrier. Using the spectrum that it has been acquiring over the past decade (actually a bit longer than that) and also using Sprint’s prepaid business and retail stores.

Under this deal, Dish is paying T-Mobile around $1.4 billion for the prepaid business, and $3.6 billion for the 800MHz spectrum. This is the gold-standard in spectrum, because it has great range, and allows it to go through walls. Combined with Dish’s already 600MHz and 700MHz spectrum, it’s going to mean good things for spectrum.

What concessions did T-Mobile make, for the FCC to approve this merger?

As expected, T-Mobile had to make plenty of concessions for the FCC and DOJ to approve of this deal. As regulators don’t usually take to kindly to a company buying its competitor. Especially in the wireless industry, where the FCC has been very adamant about wanting at least four nationwide carriers.

There were three main concessions: a deal that promised 5G coverage to nearly all Americans, which includes some build-out requirements in rural communities. T-Mobile also agreed to offer wireless home broadband that could substitute for a wireline. And it also agreed to the divestiture of Boost Mobile.

The broadband alternative that was negotiated with the FCC means that 90% of Americans will see mobile broadband service at speeds that are at least 100Mbps.

And of course, it needs to find a buyer for Boost Mobile. But T-Mobile will be keeping Metro (formerly, MetroPCS).

Will prices go up?

There’s good news and bad news here. The good news is that T-Mobile has agreed not to raise prices for three years.

The bad news is, that after those three years, prices will likely go up.

After all, Wall Street analysts like this deal because they believe that there is a little too much competition in the wireless industry, and removing one major player, could ease the pressure.

Democrats on the FCC voted against the merger because they were afraid that prices would rise after this merger is completed. Sprint was T-Mobile’s biggest competitor and the two kept each other’s prices low, because they continued to undercut each other. One of the Democrats on the FCC, Jessica Rosenworcel, stated that she is “concerned that antitrust enforcement is not working for consumers. Going forward it is absolutely essential that the FCC enforce the promises made by these companies in their effort to secure approval from this agency. Any other outcome would be unacceptable.”

So don’t expect prices to go up before April 2023. After that, it’s all fair game. Though it is expected that prices will go up a bit to meet the demand and changes in the value of the dollar.

What will happen to my current service plan?

We don’t actually know yet. T-Mobile CEO, Mike Sievert declined to comment on what it plans to do with Sprint’s existing plans.

However, for T-Mobile customers, you’ll be able to keep your existing plan. As T-Mobile has been pretty good at honoring existing plans.

But with Sprint, things are a bit different. Sprint has had many plans over the past five years, including one that was half the price of T-Mobile, AT&T and Verizon’s own plans. Making them ultra-competitive.

What is likely to happen here is that T-Mobile will keep everyone on their existing plans for a while, and then introduce a new plan to get everyone on-board. This is what happened shortly after Legere took over T-Mobile and introduced a new unlimited plan that was fit for everyone.

How will the migration from Sprint to T-Mobile’s network work?

According to T-Mobile, it’s going to take around three years to migrate all of Sprint’s customers over to its network.

Sprint and T-Mobile both use LTE, however their older networks are based on older, incompatible technologies. T-Mobile used GSM, which is used by about 98% of the world, prior to LTE. And Sprint used CDMA – only about three carriers in the world used this, including Verizon and China Mobile.

But the good thing here is that most newer phones, released in the last few years, support all four US carriers. So it would just be a quick unlock to allow Sprint phones to run on T-Mobile’s network, for the switch. Sievert says that there are around 20 million Sprint phones that are compatible with T-mobile.

The tough thing for T-Mobile is going to be getting all of those customers holding onto their much older phones. Some people hold onto their phones until they are completely broken. Those customers are going to be the tough ones to get to switch over T-Mobile’s network. T-Mobile went through something similar with MetroPCS. MetroPCS ran on CDMA as well, which was incompatible with T-Mobile’s network. So it offered plenty of deals to get MetroPCS customers to bring in their phone and upgrade to a T-Mobile compatible phone.

What does this merger mean for 5G?

T-Mobile’s whole argument for buying or merging with Sprint was because it was needed for 5G. Both companies explained to regulators that it cannot build out a 5G network alone. But with a merger, they would be able to build out a nationwide 5G network.

That was a case that was tailor-made for the Trump Administration, and likely the biggest reason why the deal was seriously looked at, instead of just denied right away. The Trump Administration is serious about the US becoming a leader in 5G. So much so that it killed a proposed takeover of Qualcomm by Broadcom in 2018.

Both companies have stated that they will invest around $40 billion in 5G over the next three years. That means more jobs, and more money into the economy. Two things that President Trump really likes to hear.

But to get a bit more technical here, the combination of Sprint and T-Mobile can really help build out a bigger and better 5G network because of spectrum. T-Mobile has a good amount of low-band spectrum, as well as some millimeter wave spectrum. Sprint has plenty of midband spectrum.

T-Mobile has already launched a “nationwide” 5G network, though it’s not quite nationwide. With the addition of Sprint’s spectrum, T-Mobile is going to be able to build on the 5G network it already has, make it stronger, faster and able to handle more devices on its network.

T-Mobile’s Chief Technology Officer, Neville Ray said, “As we move forward and drive this major investment in a combined network, every dollar we spend here will be a 5G dollar.”

We hope that this answers the majority of your questions when it comes to the Sprint and T-Mobile merger. Obviously, there are still a lot of questions that need to be answered by both Sprint and T-Mobile. For example, what it plans to do with Sprint’s customers. But where the merger has just been approved today, T-Mobile is likely still ironing out the details on what it plans to do next.

If you do have more questions, you can feel free to contact Sprint or T-Mobile and see what they plan to do. But chances are, Sprint and T-Mobile customer service representatives have no idea what’s going to happen either, and might have the same questions.