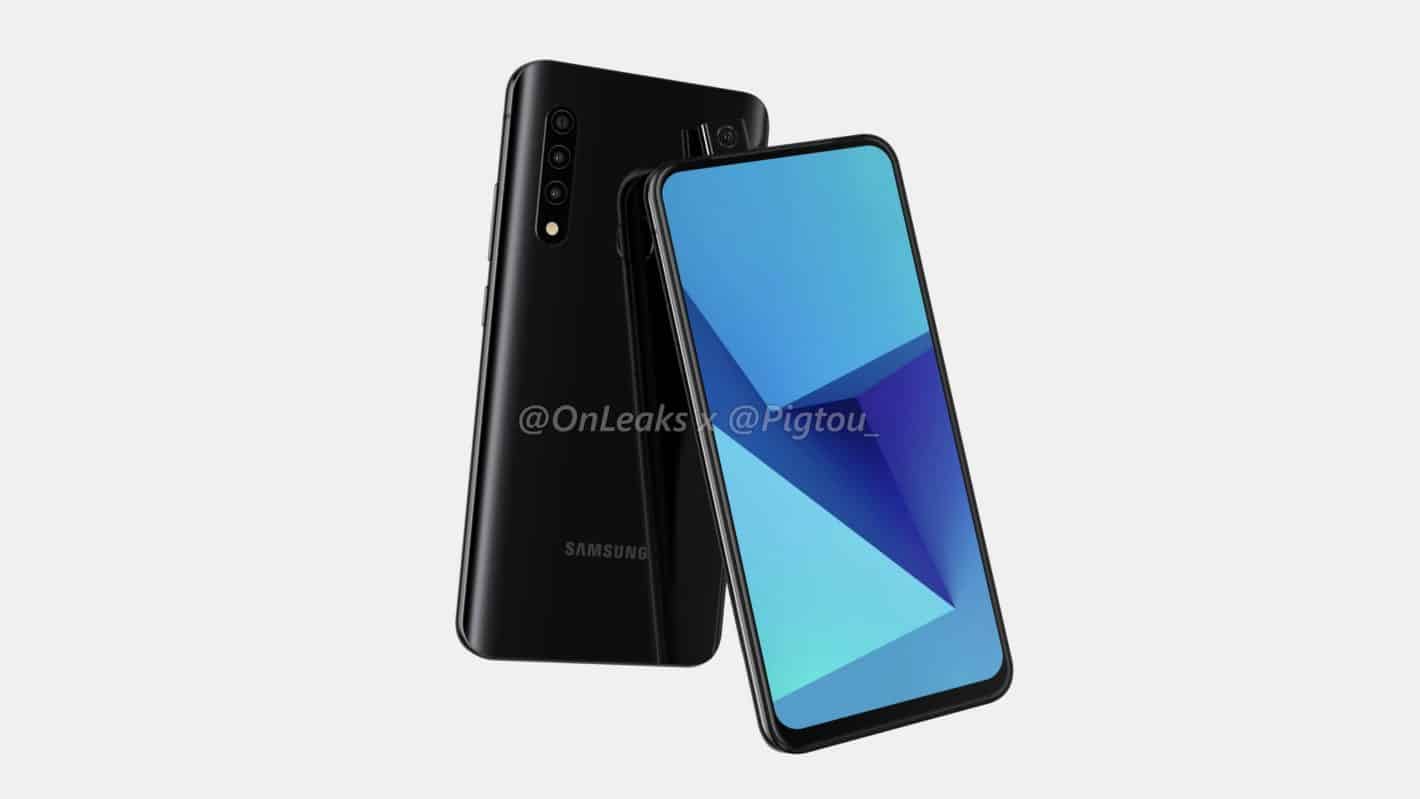 According to a report from Pigtou, in collaboration with OnLeaks, Samsung’s first smartphone with a pop-up camera is coming. The source even shared some CAD-based renders of the device.

We still do not know what this phone will be called, but it’s expected to arrive in the near future. This device will, almost certainly, be a part of the company’s ‘Galaxy A’ series of devices.

Samsung’s first smartphone with a pop-up camera will include three cameras on the back, flat display

That is at least our guess considering its camera setup on the back, its flat display, and the fact that its chin is visibly thicker than the rest of its bezels. Samsung still prefers phones with curved displays for its flagship lineups.

As you can see, the device has three vertically-aligned cameras on the back. Those cameras are placed in the top-left corner of the phone’s back, and a capacitive fingerprint scanner can also be found back there.

Samsung’s branding is placed on the back of the device as well. The back side of the phone is curved on the sides, as you can see. The device shown in these renders is black-colored. It seems to sport glass on the back.

The device will probably feature a 6.5-inch display

The source notes that the display on this phone is roughly 6.5 inches diagonally, and an IR blaster seems to be placed on the top. The phone is approximately 160.9mm tall, 77mm wide, and 9.2mm thick (9.7mm with a camera bump).

A 3.5mm headphone jack is not a part of this smartphone, which is quite interesting. Samsung has a tendency of utilizing that port in its mid-range smartphones.

We still do not know if the company plans on includes 5G inside of this phone. We’ll have to wait and see. It would be a bit clearer if we knew what device is this exactly, but that information is not yet available.

If you take a look at the images in the gallery below, you’ll be able to see the phone’s pop-up camera in action. It has a similar placement and look to the OnePlus 7 Pro’s selfie camera.

The source even released a short video on YouTube. That video basically gives you a look at Samsung’s first smartphone with a pop-up camera from all angles.

More information about this smartphone is expected to arrive in the near future. Samsung will probably wait for the whole health crisis to end (or calm down) before pushing this one out the door, though.

Advertisement
Advertisement
Trusted By Millions
Independent, Expert Android News You Can Trust, Since 2010
Publishing More Android Than Anyone Else
55
Today
152
This Week
153
This Month
4918
This Year
106394
All Time
Advertisement