It seems that the Samsung Galaxy Note 20+ may have just passed through Geekbench and the benchmark (along with a report on it) appears to suggest that it will come with the Snapdragon 865.

It’s worth keeping in mind that this is a benchmark so there are multiple things to take with a grain of salt. For one this isn’t a verified benchmark from Samsung. And even if it was the benchmarks aren’t generally indicative of how the average person uses them in the real world.

Still, it at least gives you a possible idea of what to expect on the phone when and if it launches later this year.

Putting the few hardware-based specs aside for a bit, on the software side of things the Galaxy Note 20+ may be coming with Android 10.

Since Android 11 is still in a beta phase and won’t be out until around the time the Galaxy Note 20+ would be released, Android 10 makes sense. It wouldn’t be reasonable for Samsung to launch the new Note with Android 11 unless it pushed the device launch back.

That could very well happen given the current state of things with the virus outbreak, but even if it does Android 10 would still make more sense. As Samsung would need time to work with Android 11 before it rolls out the stable software.

The same amount of RAM as its predecessor

Samsung has never been one to push past the standard when it comes to RAM for its mobile devices. While you have options like the ROG Phone II coming with 12GB of RAM, Samsung’s top-tier devices have stuck around 8GB or less.

The Galaxy Note 10+ for example has 8GB of RAM on it, and it looks like the Galaxy Note 20+ will have about the same. That should still pair well with the Snapdragon 865, making for a powerful phone in terms of hardware, and making it easy for the device to handle the most demanding tasks and mobile games.

It’s also worth remembering that a Snapdragon 865 is not likely to be on the international versions of this phone. Samsung has always used its own in-house Exynos chipsets for phones that sell outside of North America. So expect the same thing here, with the chipset being the Snapdragon 865 equivalent. 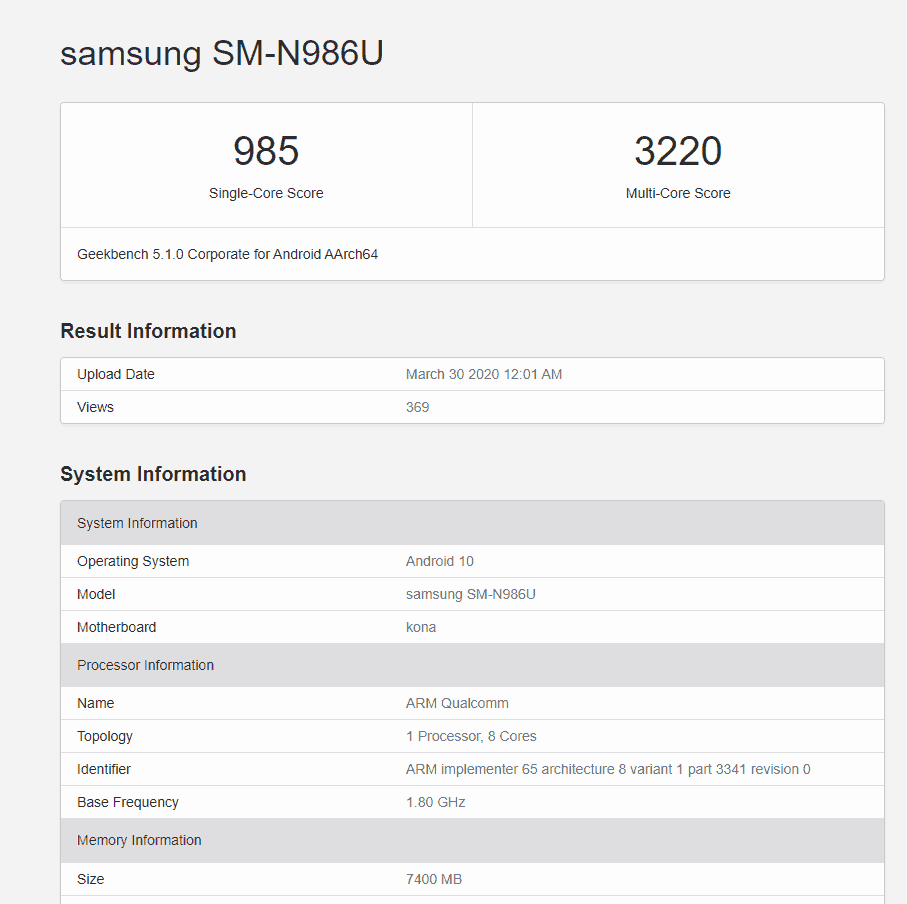