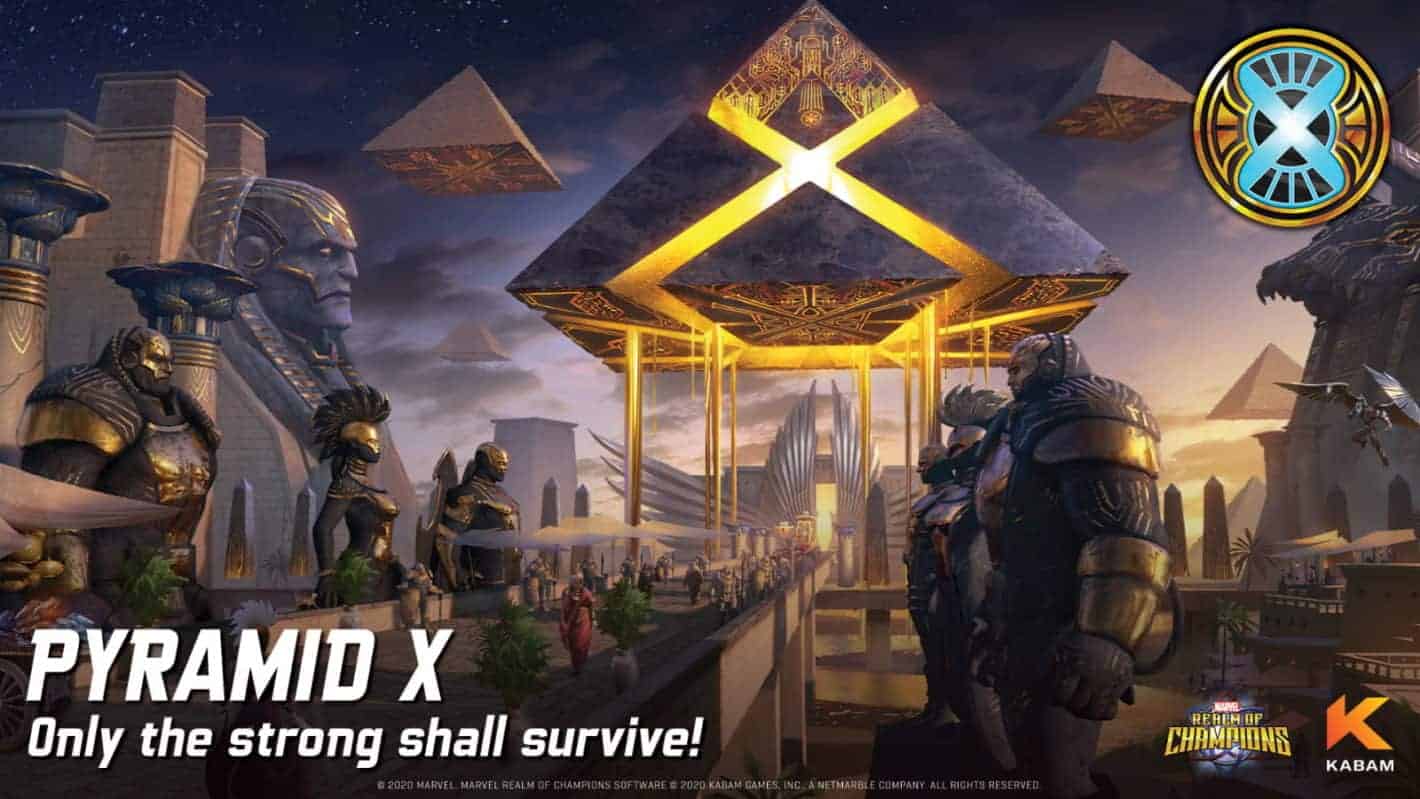 MARVEL Realm of Champions has a new house to pledge to – Pyramid X. Where the belief is that you only deserve to survive if you're strong.

Pyramid X is led by Apocalypse, the oldest mutant (also the first mutant) in the X-Men universe and the most iconic big bad of the series. House Pyramid X resides in Egyptia, a nation that was founded by Apocalypse thousands of years ago.

The capital city of Egyptia is Mutopia, and the highest elevation of the area is 4,000 feet. Which is measured from the top of the capstone on Pyramid X. Apocalypse's floating seat of power.

Pyramid X joins MARVEL Realm of Champions, but it won't be the last House

Pyramid X may be the newest house to join the fray. But it won't be the last. Based on the Battleworld map on the official website, there are at least two realms where the baron is unaccounted for.

In Pyramid X for example the baron is Apocalypse. The two on the map from the official website that aren't labeled are Spider-Guild and Gamma Horde. Which are likely to have Spider-Man and the Hulk as barons.

This is made pretty obvious in a teaser trailer that was put out on the game back in October of last year. So if you fancy one of those other heroes, it seems you'll get your chance to pledge to them.

Other than a collection of the different houses that are available to players, there's still not a lot known about this new game.

It's been confirmed that MARVEL Realm of Champions is a real-time action RPG. One can assume that gameplay will look similar to either Contest of Champions or Future Fight. Two other MARVEL games that you can play on Android right now.

Contest of Champions is more of a fighting game though. So Future Fight is likely to be the most similar in terms of gameplay style. With a completely different story of course. Especially since it comes from a different publisher and developer.

Kabam has also yet to announce any release date for the game officially. As more and more houses are being revealed, chances are information will trickle out about what the game is actually like.

It may launch this year still if things stay on target. For the time being though, it might be best just to keep an eye on upcoming news as well as the official website.