Both phones offer high-end specifications, and are amongst the most powerful smartphones out there. There’s a lot to be said about these two phones, as they are fairly different in comparison. That goes for pretty much all aspects, from software, design, internals, and so on. They do have some things in common, though, of course.

As per usual, we’ll kick things off by listing their specifications, and will then move to comparing their designs, displays, performance, battery life, and so on. This comparison will hopefully be able to help you make a purchasing decision. That’s it, let’s kick off the Huawei P40 Pro+ vs Samsung Galaxy S20 Ultra comparison, shall we.

Both the Huawei P40 Pro+ and Samsung Galaxy S20 Ultra are made out of metal and ceramic. They do feel considerably different in-hand, though. The Huawei P40 Pro+ is considerably more narrow, and also shorter than the S20 Ultra. The S20 Ultra is one of the largest mainstream flagship smartphones out there, it’s gigantic. Having said that, the P40 Pro+ definitely feels better in the hand, mainly due to its size.

Don’t let the size fool you, though, both phones are extremely slippery. The P40 Pro+ is easier to use with one hand mainly due to its size, but chances are you’ll put a case on it either way. Both phones are like holding soap. Both devices also include curved displays on the front, though the P40 Pro+’s is far more curved in comparison. You’ll also notice rather large camera modules on the back of both phones. The Huawei P40 Pro+’s module is taller, but the Galaxy S20 Ultra’s is wider.

Bezels are really thin on both phones, but both of them have display camera holes. The Huawei P40 Pro+’s display camera hole is much larger, though. That is to be expected as it includes two cameras inside of it, plus an IR sensor for advanced facial scanning. The Galaxy S20 Ultra, on the other hand, includes a single camera, and its hole is centered. 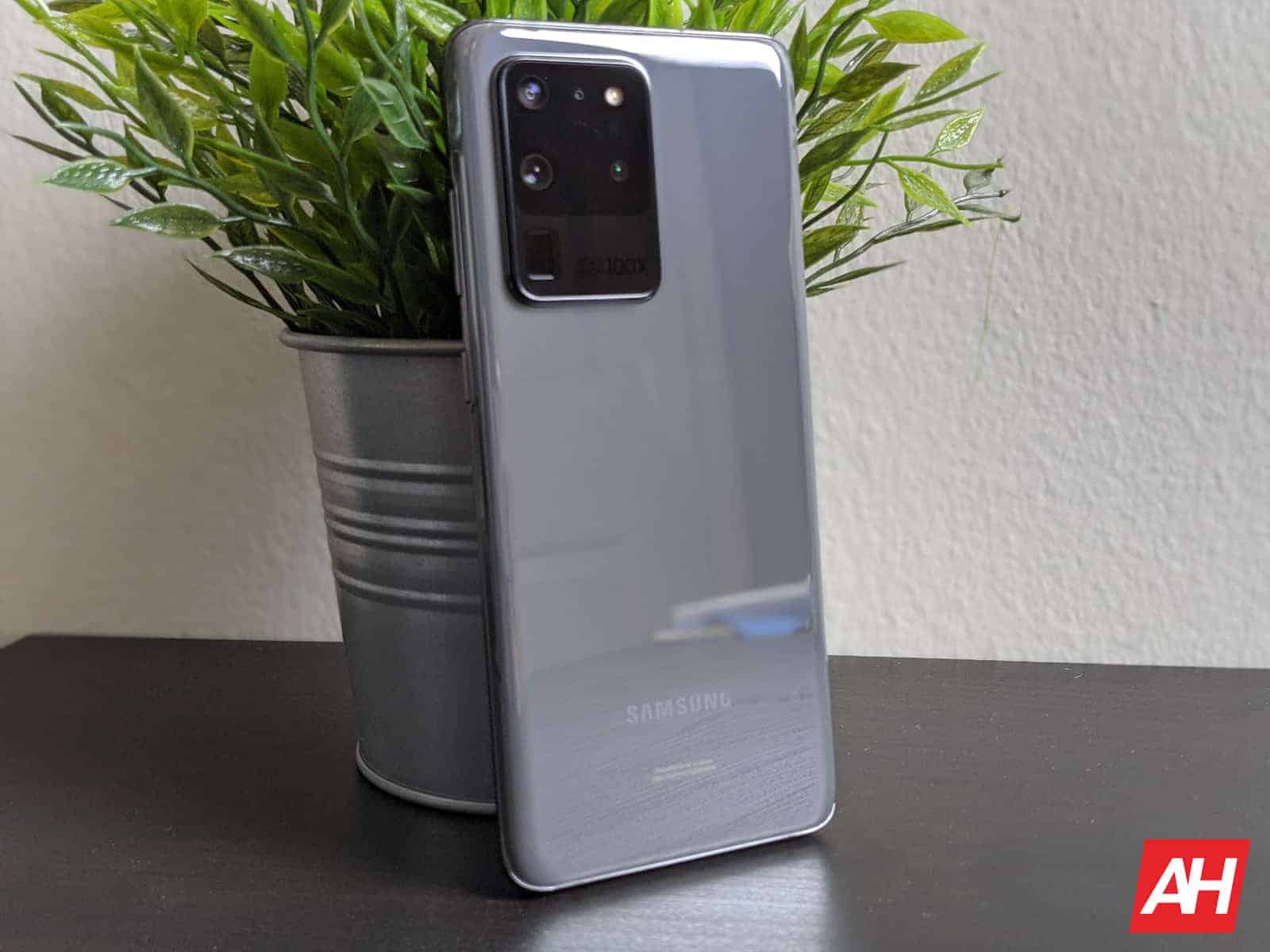 Both of these phones are fairly appealing in terms of the design, but we’ll give this one to the Galaxy S20 Ultra. Why? Well, it simply looks better, as that pill-shaped display camera hole is really unseemly to look at. That’s one differentiating factor that made the difference for us. The P40 Pro+ is smaller and lighter, though, so chances are that many of you will prefer it over the S20 Ultra.

Both of these panels are curved, though the curves on the P40 Pro+’s panel are much more pronounced. These displays look great in real-life, there’s really not much to complain about there. Both of them offer extremely nice colors, they’re very punchy, and those blacks are deep, as they should be. You won’t notice pixels on either display, no matter how hard you look, by the way.

Huawei even claims that a human eye cannot perceive displays that are denser than the one on the P40 Pro+. That is probably true, but the S20 Ultra’s panel looks a bit nicer in comparison, it pops a bit more. That’s not all, though, the panel on the S20 Ultra also supports 120Hz refresh rate, so the content does look a bit more fluid on it. The P40 Pro’s panel, is, on the other hand, considerably smaller, and yet quite large. We definitely prefer that size over the S20 Ultra. We’ll give this category to the S20 Ultra, though, as its display has more to offer.

The performance segment wasn’t that difficult to compare, as both phones are excellent in this regard. Both of these phones will rip through anything you throw at them. It really doesn’t matter if you’re a light or a heavy user, you’re good here. They both open apps extremely fast, the same goes for multitasking, media consumption, and so on. Even if you’re a gamer, you’ll be right at home here. Both of these phones are immensely powerful, and can handle pretty much any game out there.

Such performance is not surprising. Both devices come with high-end specifications, while software optimization is also really good on both sides. Both phones run Android 10 out of the box, though the P40 Pro+ does not include Google services. It comes with Huawei’s HMS suite which replaces Google services, all because of the US ban. You won’t have access to the Play Store on this phone, but rather Huawei’s AppGallery store. That does not affect the performance, though, at least not in a negative way, as the P40 Pro+ is a beast in this regard… as is the Galaxy S20 Ultra.

The Samsung Galaxy S20 Ultra comes with a larger display, and a larger battery than the P40 Pro+. It also has a higher refresh rate display, on top of that. Based on sheer numbers here, one would assume that battery life is similar, right? Well, yes, but no, it’s not. Huawei’s smartphones have exceptional battery life for years now, especially flagship ones. The P40 Pro+ is not an exception.

This has to do with Huawei’s software, EMUI. It is heavily optimized, and it really does hold apps in the background under control. EMUI is fairly aggressive when it comes to killing apps in the background, unless you set up exceptions, or choose a different battery mode In normal settings, though, the Huawei P40 Pro+ runs great. You will not miss any notifications or anything of the sort, and yet you’ll get exceptional battery life, so there’s really no need to mess with anything.

Both of these phones put great emphasis on camera performance. So, which one is better? Well, spoiler alert, it’s the Huawei P40 Pro+. Shots taken in daylight seemingly look better on the Galaxy S20 Ultra, but not really. They look more dramatic, due to heavy processing on Samsung’s part, and sharpening is a huge part of that process. If you like this, then great, you’ll like those photos more. The Huawei P40 Pro+ takes more true-to-life pictures, and they turn out less processed. You do get more edition options with it, even without RAW images.

The dynamic range is great on both phones, and both can capture a lot of detail. The periscope camera did manage to do better on the P40 Pro, as it managed to retain more detail. The same goes for regular telephoto shots, by the way, the difference is in the details. Do note that neither periscope camera does great in low light, but the one on the Huawei P40 Pro+ does a better job.

What about low light? Well, Huawei wins that comparison, no doubt. The P40 Pro+ is one of the best smartphones for low light photography in the market. The Galaxy S20 Ultra has a tendency to kill off details in really dark situations, but that’s not the case with the P40 Pro+, even without flash. It manages to push more light into an image, and it also offers less grain than the Galaxy S20 Ultra. Though, truth be said, the S20 Ultra also does a great job in low light scenarios. Front cameras on both are good enough, we won’t dwell on that too much.

Video did seem a bit better and more stable on the Galaxy S20 Ultra, but the difference is not big at all. Both of these are great camera smartphones, and either can be victorious, depending on what setting you’re shooting in. The Huawei P40 Pro+ will do better in most cases, though, and it’s also a better phone for low light photography.

First and foremost, let’s just say that neither of these phones has a 3.5mm headphone jack. You will have to utilize a Type-C USB port, or connect your headphones via Bluetooth. That being said, both phones will offer really solid audio once you do. Both do great in mids and high, while lows are good, but not as pronounced. You’ll get a bit of bass on both phones as well. All in all, they’re well-balanced.

The Galaxy S20 Ultra will do better when it comes to the loudspeaker(s), though. That phone comes with two speakers, and they are tuned by AKG. The Huawei P40 Pro+ has a single speaker, unfortunately, and it’s less impressive in the audio department than the Galaxy S20 Ultra. The S20 Ultra gets louder, and it’s generally more enjoyable to listen to sound coming through its speakers.

That brings us to the end of the Huawei P40 Pro+ vs Samsung Galaxy S20 Ultra comparison. So, the Samsung Galaxy S20 Ultra did technically win this comparison, but only barely. The design is more of what’s-your-taste sort of thing, so if you prefer the P40 Pro+ in that regard, then the P40 Pro+ is the winner here. The difference between the quality of these two phones is not big. They’re both great, each of them shines in some areas. If you’re looking for amazing battery life, and one of the best cameras on the market, the P40 Pro+ is for you. There’s one thing to remember, though. 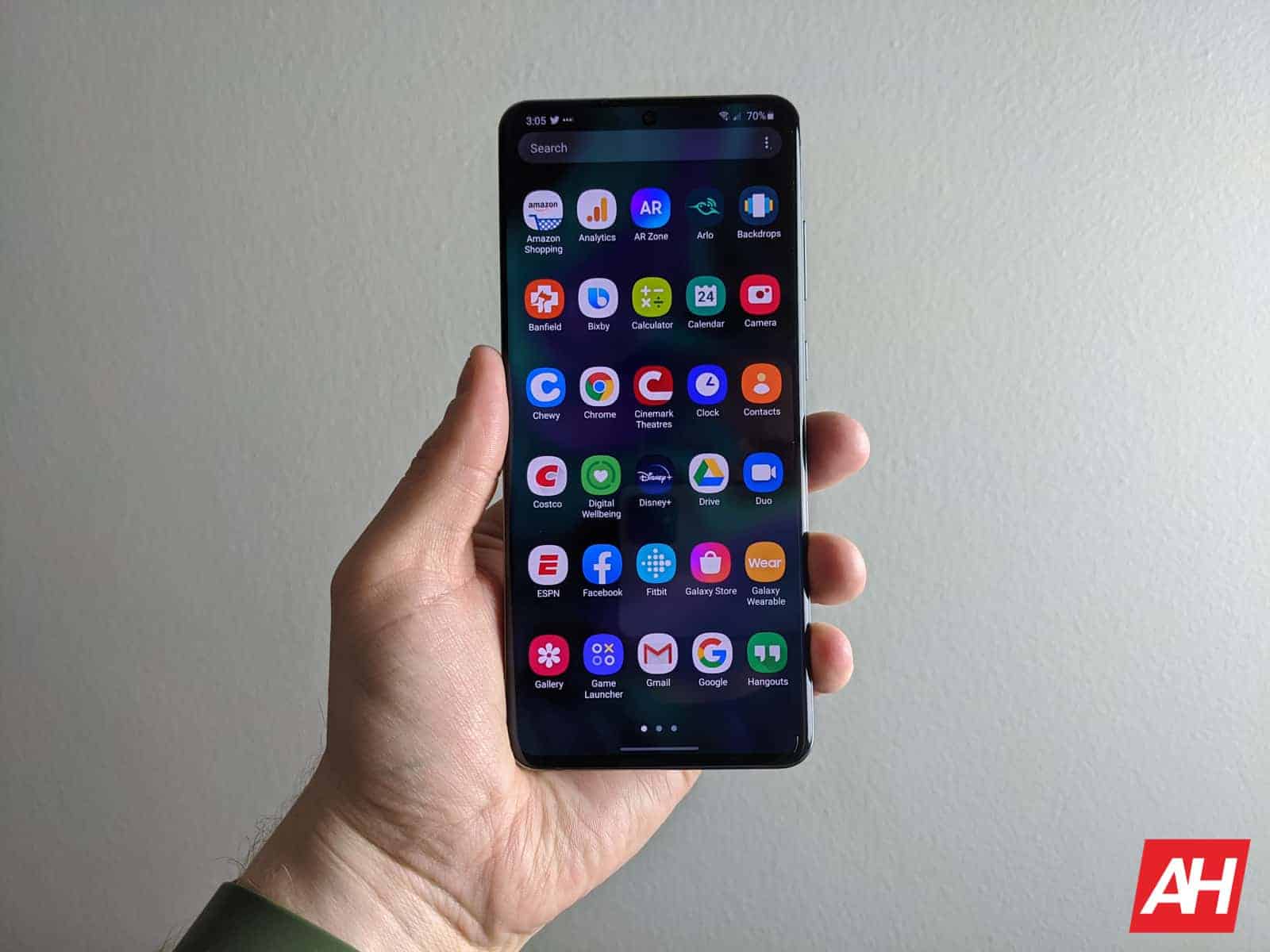 The Huawei P40 Pro+ does not come with Google services out of the box. There are ways to sideload them, but get ready to not have access to them once you power on the device. If that’s something you can live with, then the P40 Pro+ is a recommendation on our part. If not, and you don’t want to sideload them, then the P40 Pro+ is not for you. AppGallery is good, but there are a lot of apps missing, and not a single Google app is available at the moment. That is just something you should note before you proceed.