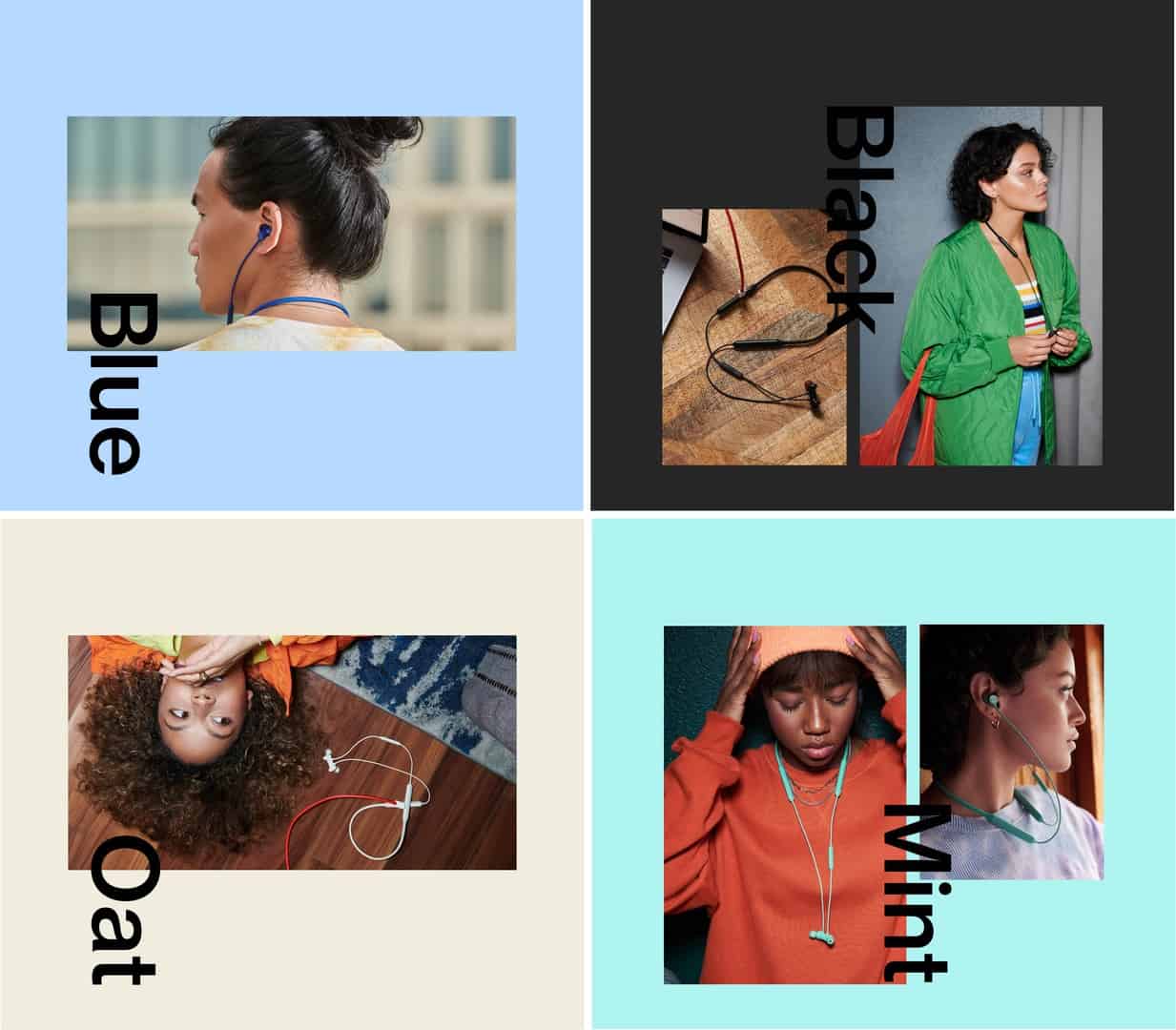 The OnePlus Bullets Wireless Z earphones have just surfaced yet again, this time in lifestyle images. Four images have been combined into a single picture shared by Evan Blass.

Mr. Blass was the one who already shared renders of the OnePlus Bullets Wireless Z earphones, but those renders did not share their whole design. This lifestyle image does, including a cable that connects them.

As you can see, these earbuds are not truly wireless, as reported. They are wireless, but are connected via a cable. They actually resemble the Bullets Wireless 2 which arrived last year.

In any case, these are in-ear earbuds, and come with a silicone tip. They're fairly compact, and thanks to that cable and neckband, they will offer great battery life, better than TWS earbuds, that's for sure.

In these images, you can see all four colors of these earphones, in all colors. The Blue model will be entirely blue. We're looking at a darker shade of blue, to go with the Ultramarine Blue OnePlus 8 Pro.

The last pair of OnePlus Bullets Wireless Z earphones shown in these lifestyle images combines red and white colors. These are OnePlus' brand colors, pretty much, so it was to be expected they'd make an appearance. That model is called 'Oat'.

They will offer 20 hours of listening before needing a charge

Now, some additional details when it comes to these earbuds were confirmed by Ishan Agarwal recently. He claims that the earbuds will offer 20 hours of listening time before needing a charge.

That's not all, though, after just 10 minutes of charging, you'll be able to use them for about 10 hours. They will also be IP55 certified for water and dust resistance.

These earbuds will offer Bluetooth latency of just 110ms, much better than what Apple's AirPods Pro earphones can offer (144ms). That's not something you'll necessarily notice in real-life usage, though.

These earbuds will become official on April 14. They will launch alongside the OnePlus 8 and 8 Pro flagships. The company had already confirmed that it will host an online-only event.

Those two smartphones will be quite powerful, and many details leaked already, almost everything, in fact. If you'd like to know more, read our OnePlus 8 series preview article.