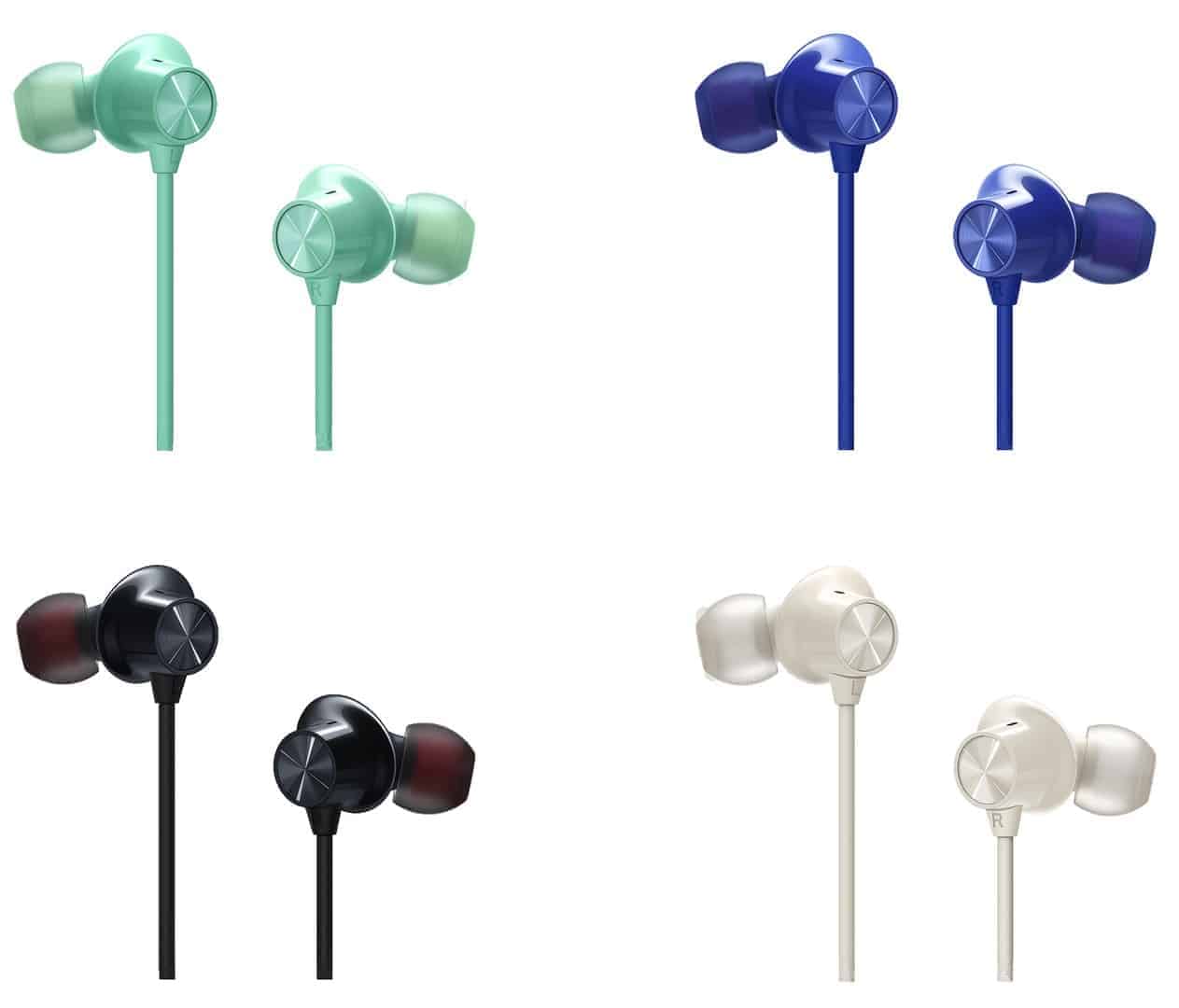 The OnePlus Bullets Wireless Z earphones have just surfaced in all colors. The provided image has been shared by Evan Blass, a well-known tipster, via his Patreon account.

The Bullets Wireless Z are OnePlus' upcoming earphones, and as you can see, they are not truly wireless. Ishan Agarwal reported yesterday that those will be TWS earphones, but corrected himself shortly after.

The OnePlus Bullets Wireless Z leaked in all four colors

Now, we don't get to see the whole product in the shared image, only the earbuds themselves. We know they will be connected via a cable, but don't know what the design of it be.

It is possible that OnePlus will stick to its design language, and include a soft, silicone base around the cable, which is supposed to sit around your neck. We'll have to wait and see.

If that ends up being the case, though, we're not sure why name these earbuds Bullets Wireless Z, instead of Bullets Wireless 3. Perhaps there's a major change in the design or something of the sort, we'll have to wait and see.

The OnePlus Bullets Wireless Z earphones will become official on April 14. That is when OnePlus plans to host its OnePlus 8 series press conference. The company announced it a couple of days ago.

These earbuds will launch alongside the OnePlus 8 and 8 Pro

That will be an online-only press conference, and in addition to the two smartphones, the Bullets Wireless Z will also make an appearance. This will obviously be Bluetooth earphones, as they are wireless.

The OnePlus 8 and 8 Pro have been leaking for quite some time now. A ton of information has been published, and there's not much left to hide, to be quite honest.

Both smartphones will be made out of metal and glass, and include extremely thin bezels. A display camera hole will be placed in the top-left corner of the display on both phones.

The Snapdragon 865 will fuel these devices, while the OnePlus 8 Pro will offer 30W wireless charging, and IP68 certification for water and dust resistance. That will be a first for a OnePlus phone. The 'Pro' model will also ship with LPDDR5 RAM, and one extra camera on the back.