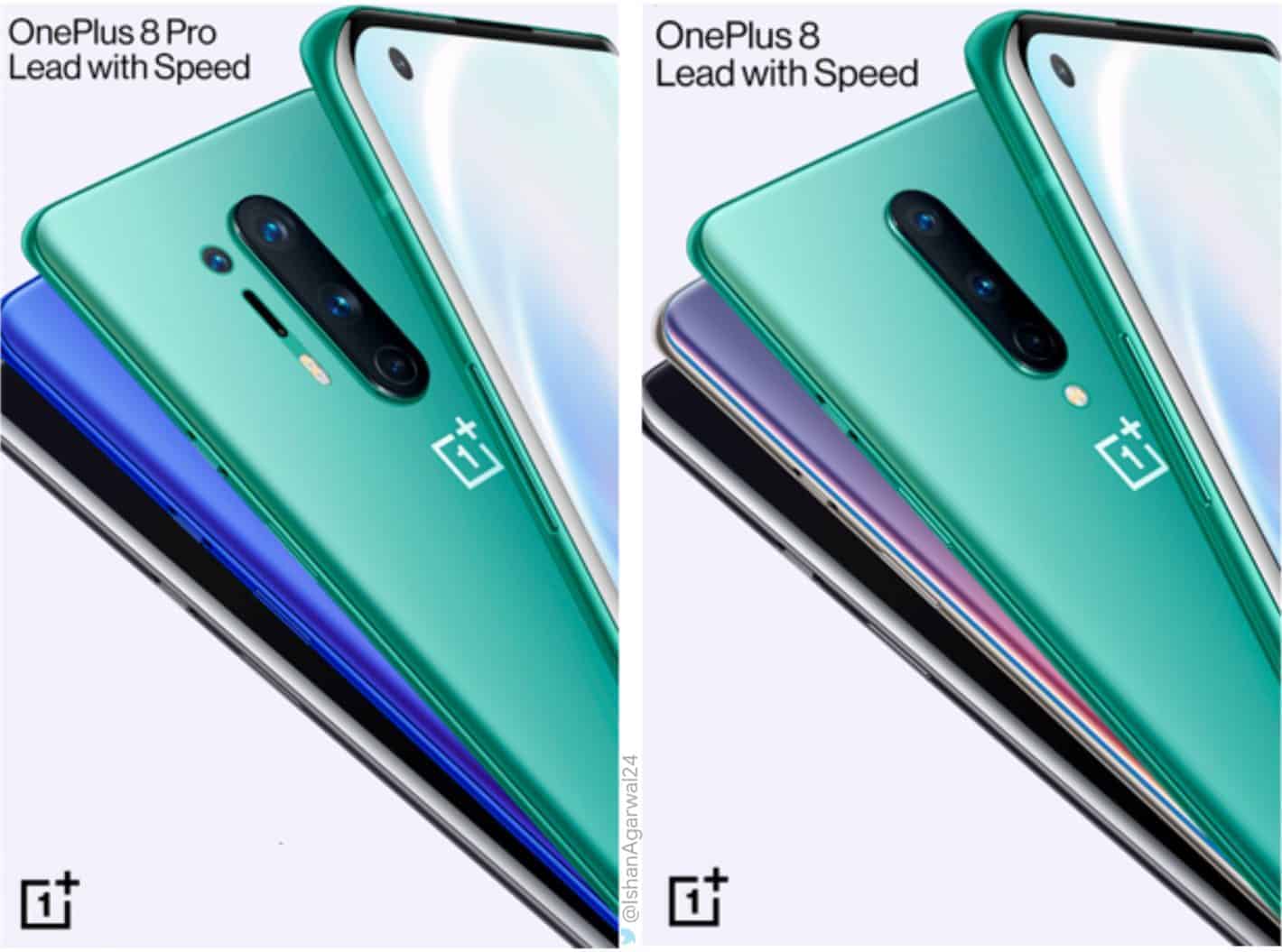 Mr. Agarwal shared four marketing posters, but two of them were previously shared by WinFuture.de. You can check those out in the link provided above, we won't attach them here again. 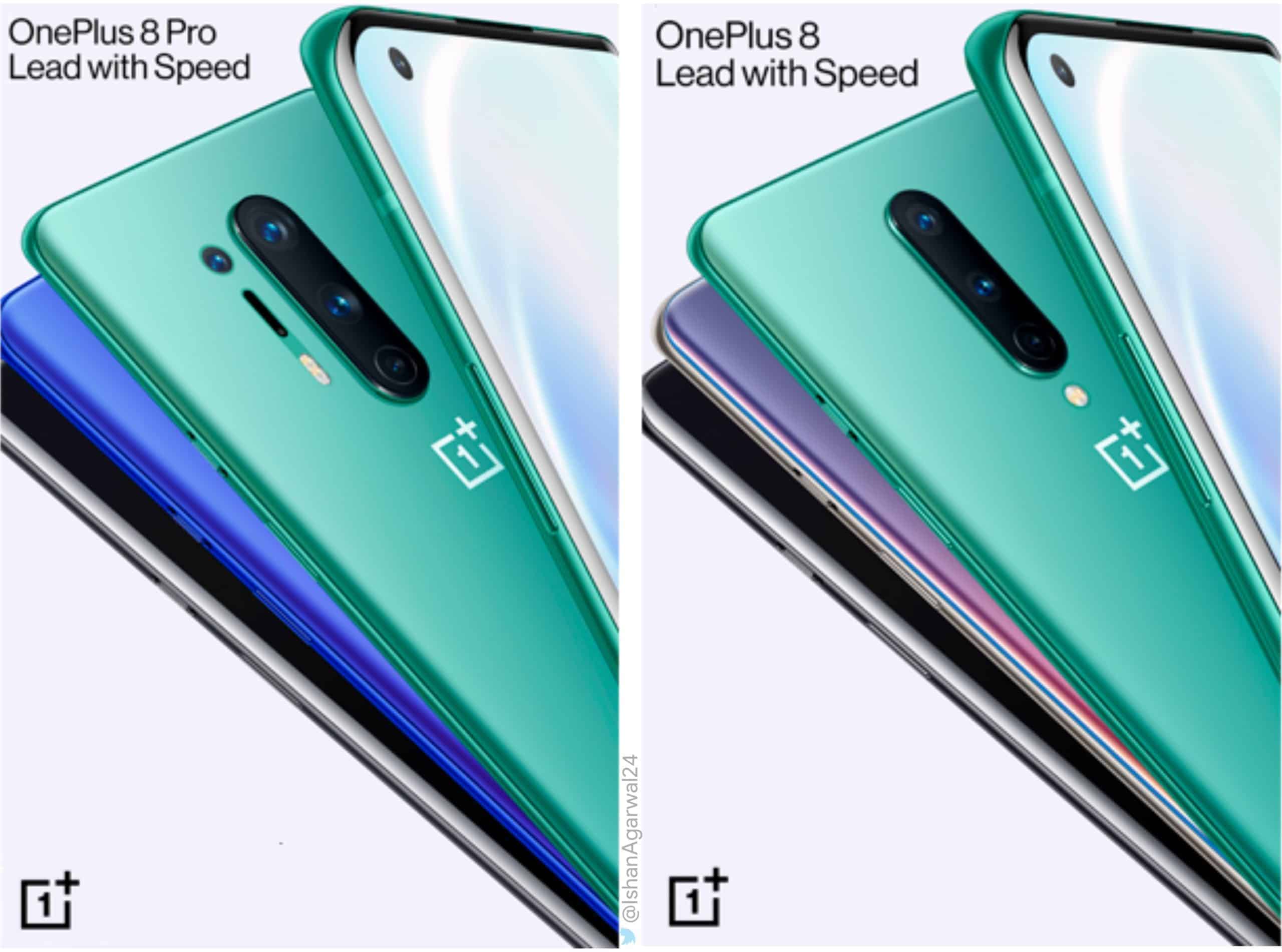 As you can see, part of the front side of these two phones is shown, and partial back asides as well. You can see the Glacial green, Interstellar Glow, and Onyx Black OnePlus 8 units here.

On the flip side, the Onyx Black, Glacial Green, and Ultramarine Blue OnePlus 8 Pro variants are shown. This image also gives us a good look at the curved display of the two phones, and their display camera hole as well.

The second poster is included below this paragraph. This poster also shows both handsets, though this time around only the Glacial Green model is shown. This variant of the phone will offer a matte finish, by the way. 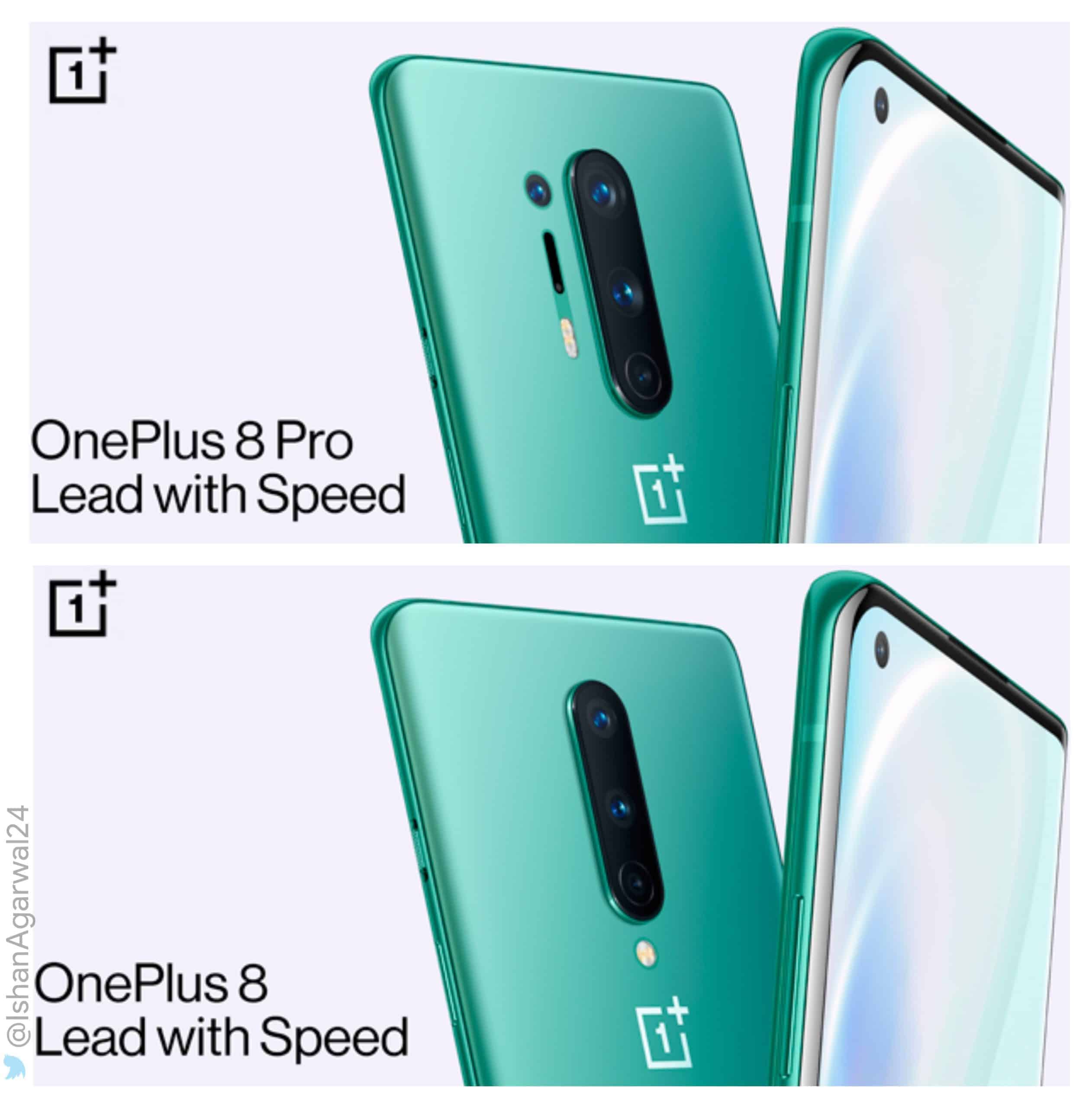 This marketing poster actually shows the only difference in the design between the two phones. The OnePlus 8 Pro has a slightly larger camera module on the back, and an extra camera on the side.

In addition to that, you'll notice a different placement of the LED flash on these two phones, and also a different shape of that sensor. The last difference is visible in the form of laser autofocus, as it is present only on the OnePlus 8 Pro.

'Lead with Speed' tagline is highlighted here as well

OnePlus is heavily using its official tagline for this launch event in these posters, 'Lead with Speed'. You've probably seen that tagline quite a few times thus far.

The OnePlus 8 and 8 Pro will become official on April 14. The two phones will launch during an online-only event that the company had scheduled. OnePlus will also host an online-only pop-up event after the press conference.

The two phones will have a lot in common, especially in the design department. They will be somewhat different when it comes to specs, though, and the same goes for their price tags.

Both devices will be fueled by the Snapdragon 865 SoC, and they will ship with 8GB and 12GB of RAM. The 'Pro' model will offer newer and faster RAM, though. It will also offer 30W wireless charging, IP68 certification, and a QHD+ 120Hz display. All of which the regular model will not ship with.