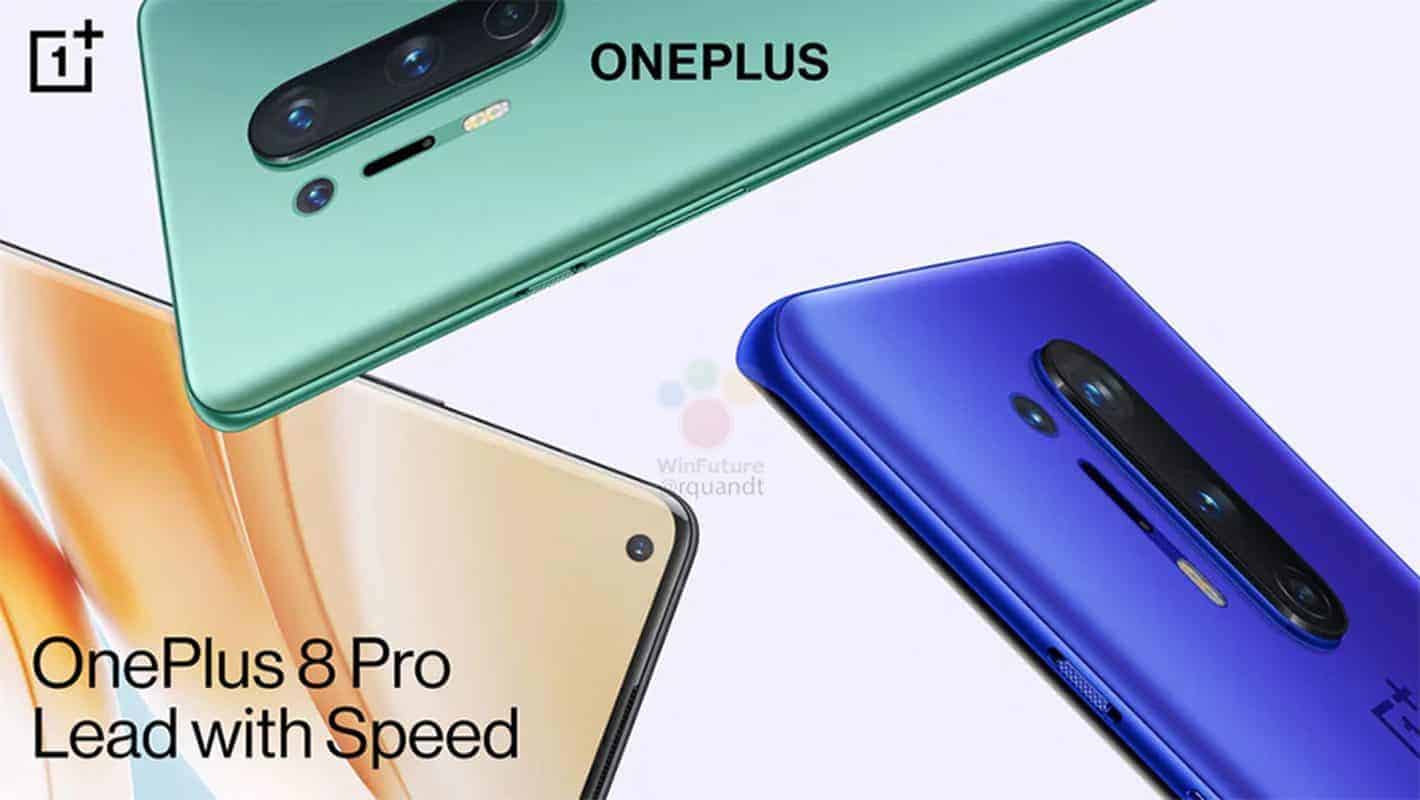 The OnePlus 8 series has been leaking like crazy over the last couple of weeks. We've basically seen all OnePlus 8 series smartphone colors shown in renders, and now some marketing materials leaked as well.

If you take a look at the image below this paragraph, you'll be able to see the OnePlus 8 promo image. This image shows Glacial Green and Glow color variants of the device, while you can also see part of the phone's front side as well. 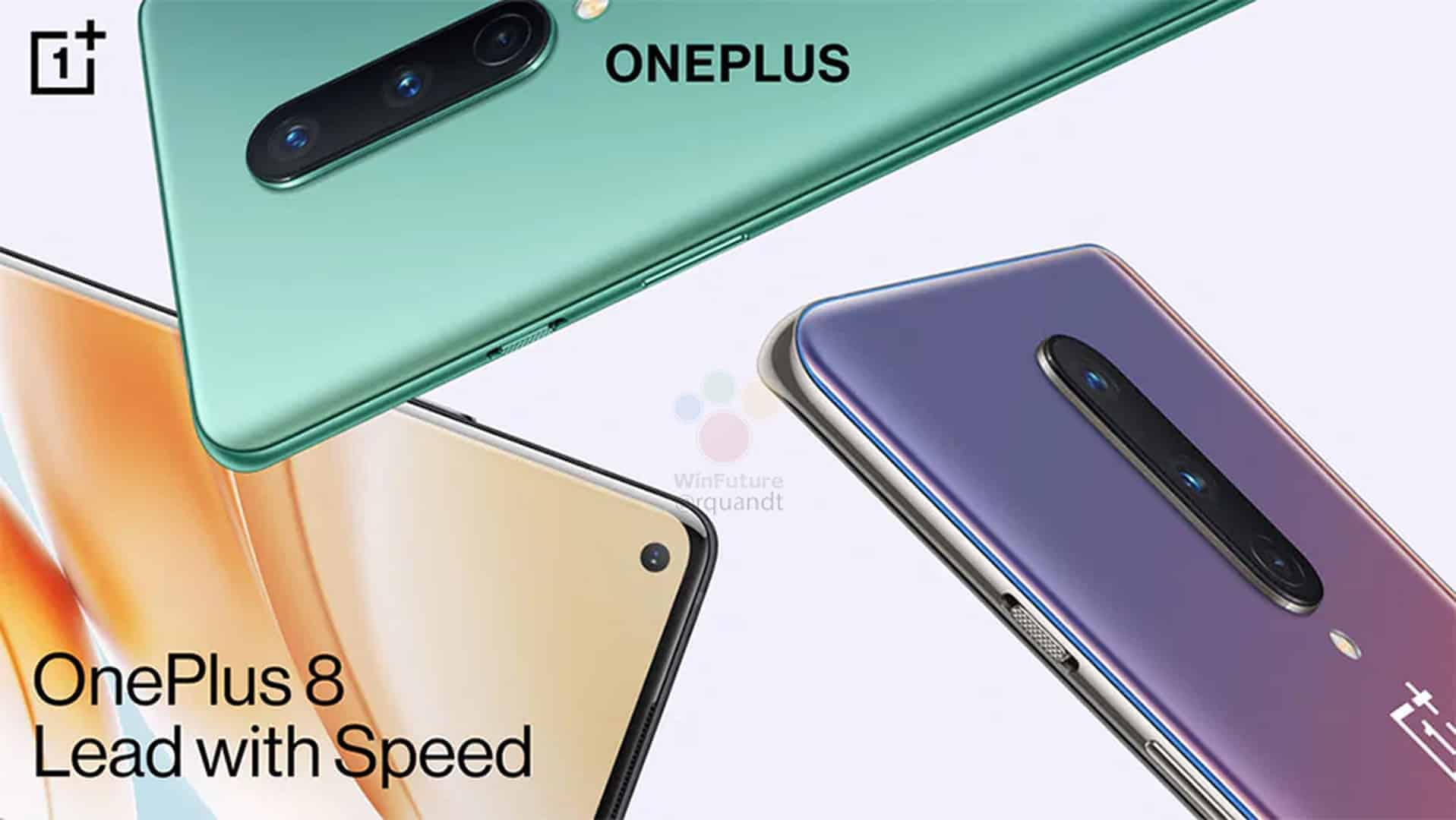 The image below this paragraph promotes the OnePlus 8 Pro. In this image, the Glacial Green OnePlus 8 Pro is shown alongside the Ultraviolet Blue model. Part of the phone's front side is also shown here. 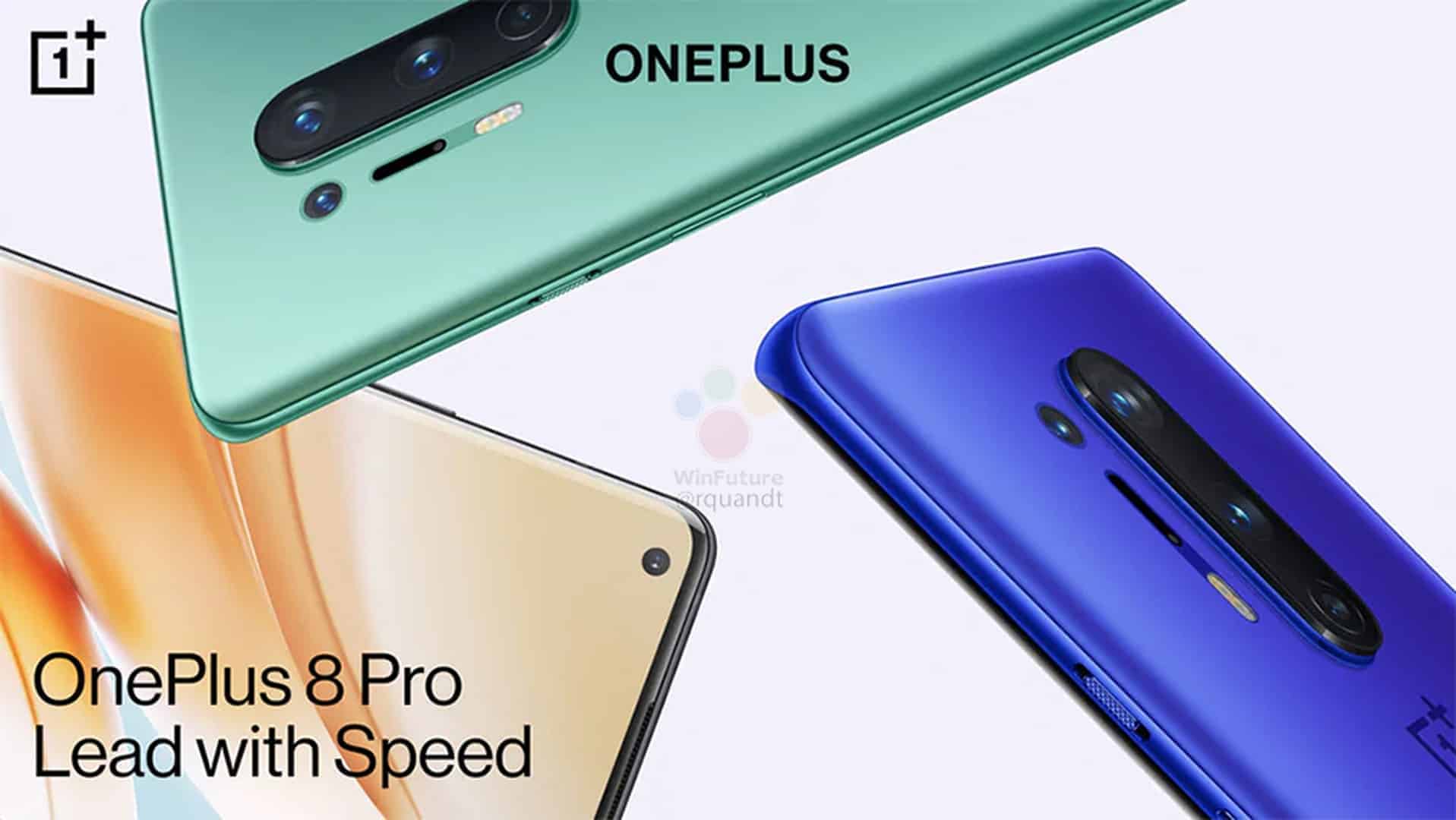 Based on these two images alone, you can see the design difference between these two phones. The OnePlus 8 Pro includes an extra camera on the back, along with some sensors below it.

That's pretty much the only difference in terms of the design, in addition to a different placement of an LED flash. The OnePlus 8 Pro will also be a bit larger than the OnePlus 8.

These OnePlus 8 marketing materials reveal plenty on their own, but nowhere near as much as some images that leaked before. Both phones got shown from pretty much all angles thus far.

These two smartphones will feature curved displays, and a display camera hole in the top-left corner. Bezels on them will be extremely thin, while the back side will also be curved.

The Snapdragon 865 will fuel both of these smartphones

The Snapdragon 865 will fuel both devices, and both of them will support 5G. Both will also support Warp Charge 30T, OnePlus' proprietary fast wired charging technology.

The OnePlus 8 Pro will also support 30W wireless charging, which will be a first for a OnePlus device. The device will also ship with IP68 certification for water and dust resistance, and that's also something we haven't seen on a OnePlus smartphone thus far.

The 'Pro' model is expected to utilize LPDDR5 RAM, while the regular variant will probably include LPDDR4X RAM. UFS 3.0 flash storage will be included in both smartphones.

These two smartphones will become official on April 14. The company had officially announced that date a couple of days ago. OnePlus will announce these two phones during an online-only event.

The OnePlus 8 series' pricing won't exceed $1,000, that's something Pete Lau confirmed recently. Those are good news, though some users are expecting their price tags to be considerably lower than that.