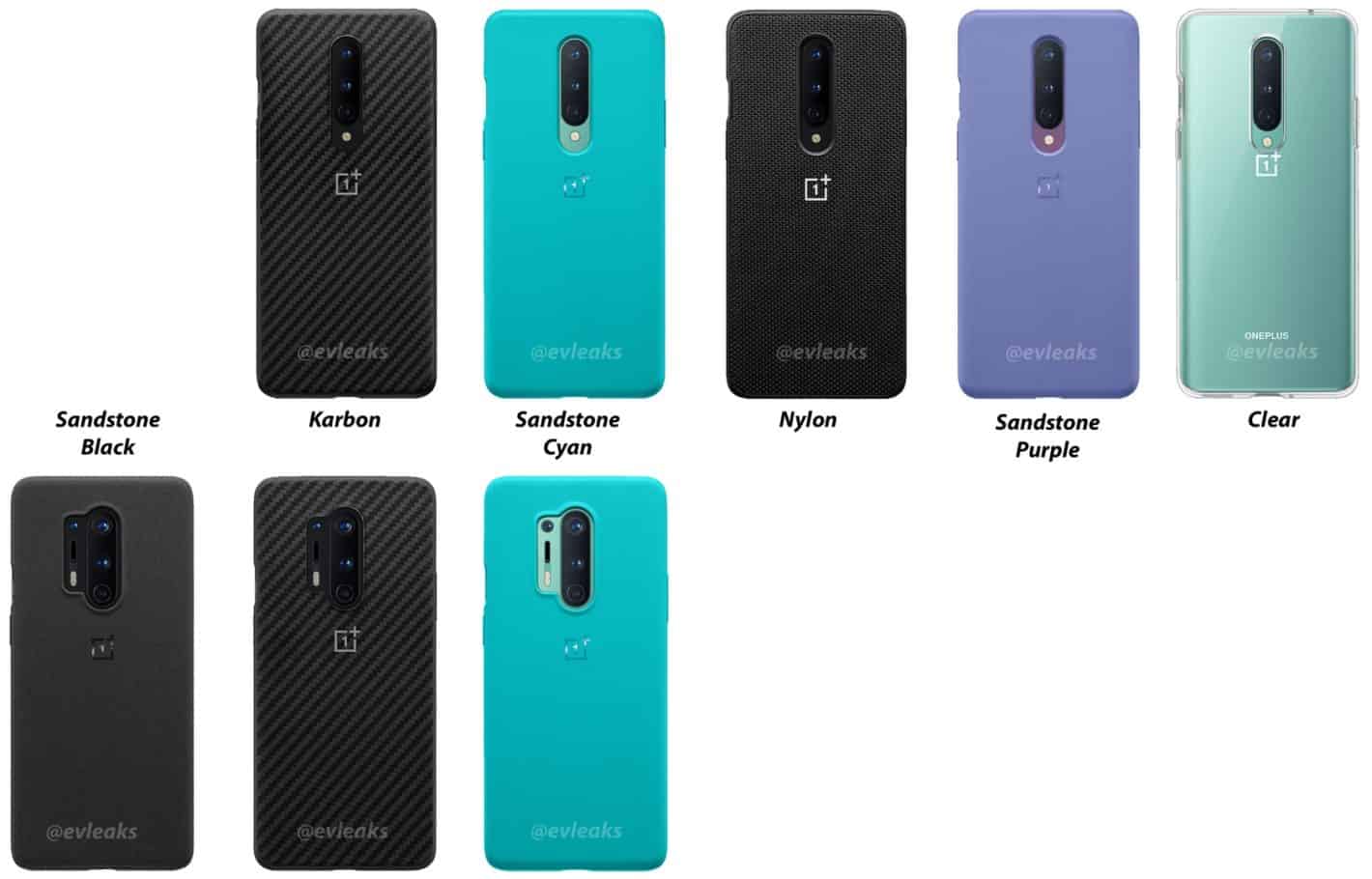 The official OnePlus 8 and 8 Pro cases have just been revealed by Evan Blass. The tipster shared these cases with its subscribers via Patreon, and you can check them out in the image above.

If you've owned OnePlus-made cases before, you'll be right at home here. All of these cases have been available for OnePlus' devices before, but some of them were not available in these color variants.

So, let's get started. The Karbon and Sandstone Cyan cases are the only ones that will available for both smartphones. The Nylon, Sandstone Purple, and Clear cases will be available for the OnePlus 8 only.

That 'Clear' case is a regular silicone case, and chances are it will be included in the box. That was the case with a number of previous OnePlus flagships, at least.

There is always a chance Mr. Blass is missing a case or two here, though that's not as likely. All of these cases will become official on April 14, alongside the OnePlus 8 series smartphones.

There you have it, these are the OnePlus 8 and 8 Pro official cases. It's a bit surprising OnePlus did not include a new case of some sort to offer. Though, as already mentioned, it's possible that we'll see more cases at launch.

The cutout on the back of the OnePlus 8 Pro is bigger, as it includes one extra camera there

These cases also confirm that the alert slider is staying on the right side, above the power / lock key. The volume up and down buttons will be placed on the left, as expected.

Both the OnePlus 8 and 8 Pro will be fueled by the Snapdragon 865 SoC, and they will be quite similar. Both will be made out of metal and glass, and include a display camera hole in the top-left corner.

Wireless charging and IP68 certification will be exclusive to the OnePlus 8 Pro. LPDDR5 RAM will probably be included on the OnePlus 8 Pro only, and the same goes for a QHD+ 120Hz OLED display.