The Motorola Edge is due for an imminent unveiling, as yet another leak of the device confirms its triple camera setup in a Burgundy Red finish.

The latest leak of the upcoming device shows the same triple camera setup from before. The difference, though, lies in the revelation of the camera sensors. To the right of the vertical camera lineup are the descriptions “64-megapixel,” “16-megapixel,” and “8-megapixel,” with the word “camera” beside them as confirmation.

These camera sensor sizes have been mentioned before regarding the upcoming device, but it’s good to see irrefutable evidence.

As for the Burgundy Red finish, it appears as though this will be a color option for the upcoming phone series. With Motorola releasing a number of red phones for Verizon Wireless, and with Verizon having exclusive rights to Motorola flagships in the past, this could be an exclusive color for the Big Red carrier.

After all, tipster Evan Blass said earlier this year that the Edge+ could be an exclusive Verizon flagship.

The new Motorola Edge series will feature two phones, the Edge and the Edge Plus. The Edge model is the “lesser” of the two. It will share some specs in common with the Edge Plus model, however. The Edge will feature a 6.67-inch display. A hole-punch cutout will house the 25-megapixel selfie camera.

The hole-punch cutout will be at the top left of the display. A 90Hz refresh rate will be in order for the Edge display. The 90Hz refresh rate is part of the new smartphone display standard. Motorola will allow users to downgrade to 60Hz for battery conservation if they so choose though.

Motorola’s Edge Geekbench scores (506 and 1410 points, respectively) pale in comparison to the 4,000+ and 12,000+ points for the Edge+’s single-core and multi-core scores, respectively.

As for storage, the device will offer a 128GB option. There could be a 64GB option as well. The Edge will feature a 4,500mAh battery, USB-C charging (no wireless charging), with Android 10 out of the box.

The power difference explains the varying benchmark performance between the two. The Edge+ will feature 12GB of RAM and the Snapdragon 865 SoC. Motorola will announce the Edge and Edge+ next Wednesday, April 22nd, at 11am CDT. 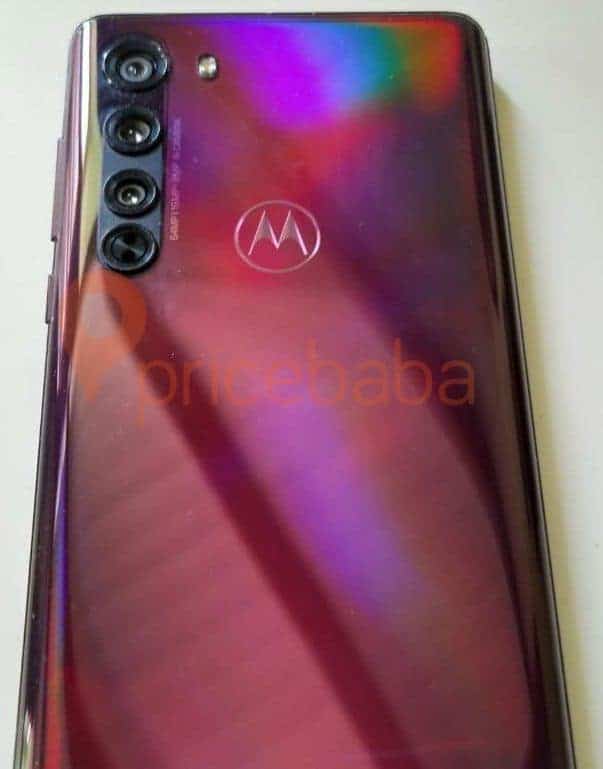