Xiaomi has announced a new version of its Android OS today, MIUI 12. The company announced it during a press event in China, along with a Chinese version of the Xiaomi Mi 10 Lite.

This new version of MIUI actually brings quite a few changes. It is not a huge revamp of Xiaomi’s Android skin / OS, though, so keep that in mind. This is more of a refinement than anything.

MIUI 12 brings new animations, brand new navigation gestures, the UI itself looks flatter now, dark mode 2.0 has been added as well, as well as new privacy features, and so on. Do note that this is a Chinese version of MIUI 12, though, but most of these features will be the same in the global variant as well.

Let’s talk about animations first. The company touched upon pretty much every animation in MIUI 11 in order to improve it in MIUI 12. The company actually claims that the animations are on par with smooth transitions in iOS, claims XDA.

The company improved pretty much everything, from app launching and closing animations, to screen rotations, and opening the recents menu. The same goes for a new charging animation, battery stats, and so on. 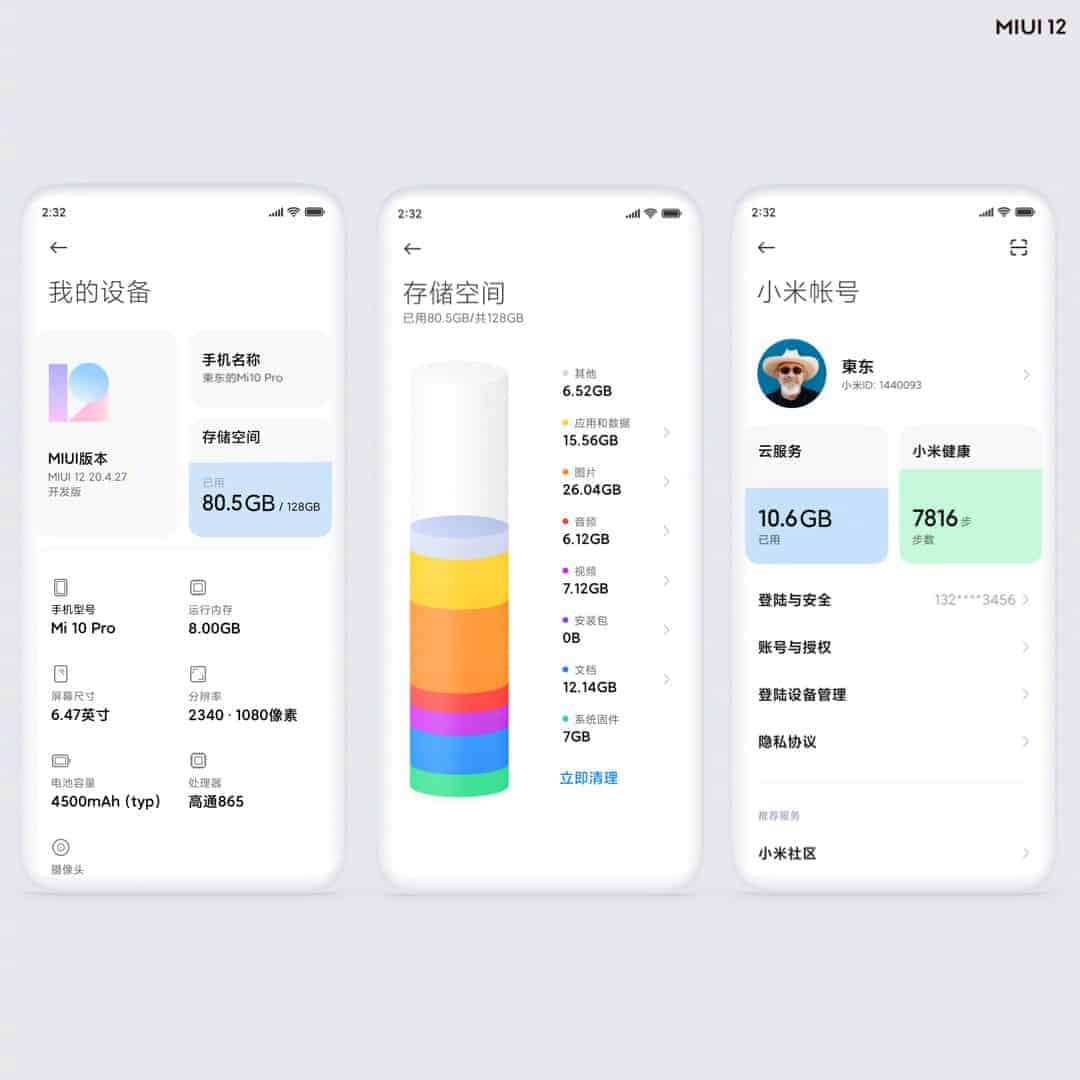 The whole interface now looks a tad bit better. It looks flatter and cleaner in MIUI 12. This new version of MIUI brings wider spaces between different pieces of text-based information, and the same goes for images. It also comes with a brighter white background, if you’re using a light mode, of course.

MIUI introduced navigation gestures quite some time ago. In MIUI 12, however, Xiaomi is changing things up a bit. The company has opted to introduce Android 10-like navigation gestures. In other words, you’ll get a flat line on the bottom of the display. Swiping up will take you on a home screen, swiping up and holding will launch the recents menu.

If you swipe from right to left or left to right, you’ll be able to switch between your recent applications. In other words, it will work just as stock Android 10 navigation gestures work, as it seems like that’s what most people prefer.

Xiaomi has introduced some dark mode improvements in MIUI 12 as well. MIUI 12’s invert color algorithm is actually based on Lab, HSV color space, and the inverse color adaptation is now wider and more natural.

The phone will automatically adjust the contrast if you’re using dark mode. It will also adjust font weight dynamically in order to reduce glare and blur. MIUI 12 will restore normal font weight in light mode, in order to make your reading more comfortable.

The company has added quite a few live wallpapers and AOD screen in MIUI 12. These are vastly inspired by landscapes of the Earth, the Moon, and Mars. The live wallpaper zooms in from a space-level view to an aerial view just a few hundred meters above the surface when you unlock your phone. This is a rather interesting spin on a live wallpaper, that’s for sure.

MIUI 12 will deliver floating chat windows on your device, for full-screen apps like games and video players. The company has also added various ways in which floating windows and notifications can be expanded. Multi-window has been improved all around, and you can see it in action in the provided video, the same goes for many other features we’ve talked about.

Xiaomi has added quite a few privacy-oriented features in MIUI 12. Those features are called Flare, Barbed Wire, and Mask System. Those features have cleared the ‘Android Enhanced Privacy Protection Test’, which are great news.

Flare keeps a lot of all permissions and sensitive information accessed by apps. It will notify you when needed in different colors, depending on what aspect of the phone a particular app is using. Barbed Wire works like a location permission in Android. It does come with a number of additional options, though.

Mask System prevents untrusted apps from getting access to crucial information on your smartphone. It also allows you to get a virtual identity to spoof any app that is trying to capture your information without permission.

The company has also added something called ‘AI Calling’, which is similar to Google’s screen calling. It is designed for people with hearing disabilities. New fitness features have also been added to MIUI 12. Though we don’t have all the details regarding that just yet.

MIUI 12 beta starts rolling out today, though only to Chinese devices. The first round of stable updates will arrive in June, once again, to Chinese phones. We’re still not sure when will Xiaomi announce a global variant of MIUI 12.