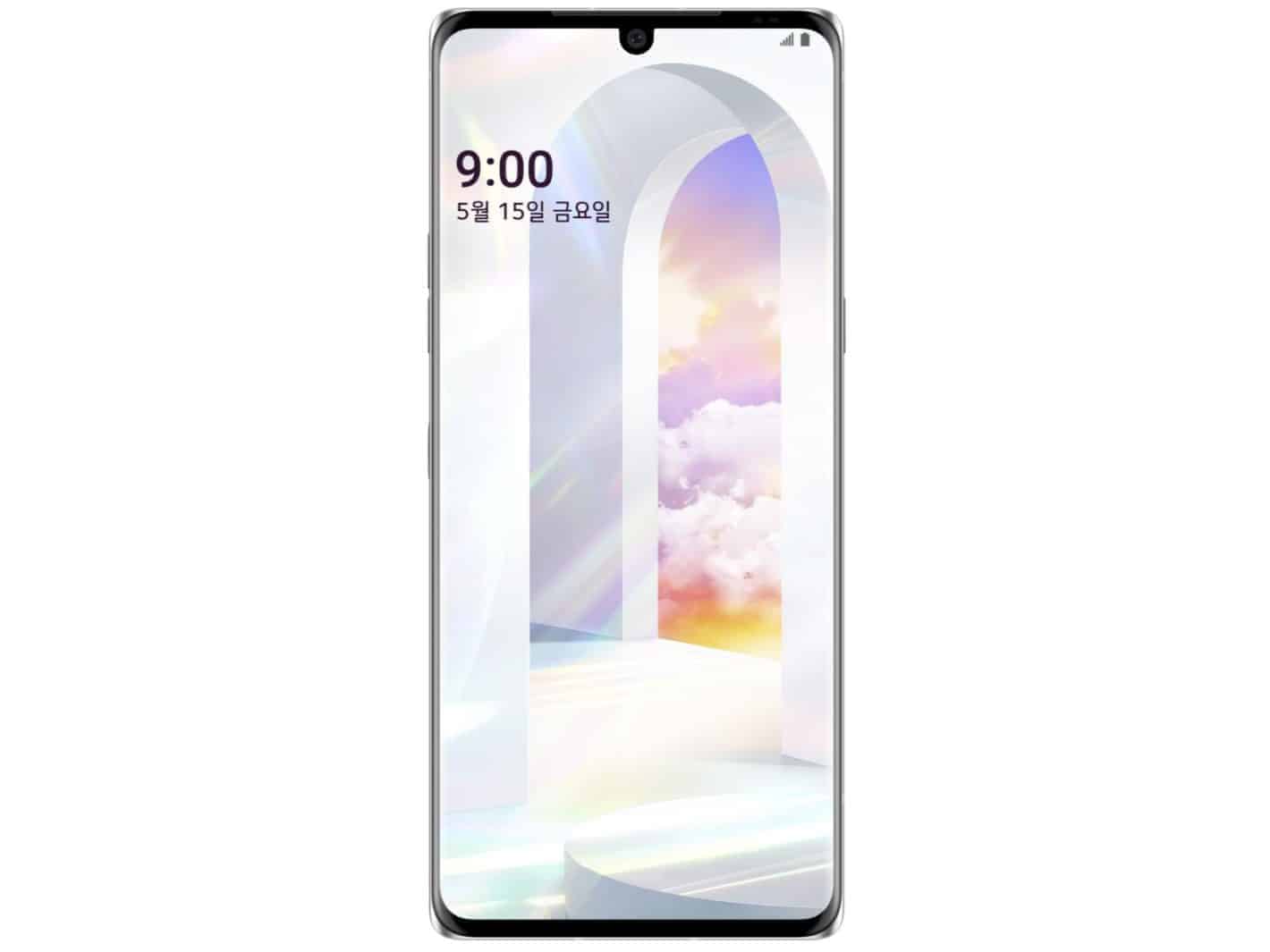 The upcoming LG Velvet has now been spotted in a new render pulled down from its appearance at the Wireless Power Consortium. That's according to a recent Twitter post from prominent leak provider Evan Blass. The image as well as where it appeared raises several questions. Not least among those centers on design.

That's because the newly leaked image differs drastically from expectations set by prior leaks. Or at least it does in terms of the front panel. The rear panel has already been discussed directly by LG and is effectively already known. But the front glass for LG Velvet was reportedly prior to the Wireless Power Consortium as touting a punch-hole style selfie camera. That was expected to be embedded in a near-bezel-free screen.

Contrary to that, the new image shows a screen with diminished side bezels and more prominent bezels at the top and bottom. The top edge shows an elongated earpiece speaker grille, possibly hinting that may be used for more than just calls. LG may instead use that speaker in conjunction with others to offer a more stereo audio experience.

Just below that is a waterdrop notch containing what is a single 16-megapixel selfie snapper based on previous leaks.

The differentiation in bezels here also suggests the aspect ratio of the LG Velvet screen will be somewhat less tall than expected based on previous reports.

One other takeaway from the leak centers not on the screen or its cutouts but on internal specs and features. The Wireless Power Consortium is a multinational technology consortium focused on one goal. Wireless power delivery. More directly, that seems to be an indication that the LG Velvet will — at the very least — support wireless Qi chargers.

Now, specs and feature leaks have already suggested that the LG Velvet would be driven by a 4,300mAh battery. That's been stated as packing in both fast wired charging and wireless charger support. This appearance all but confirms that, if the leak is accurate. While the other leaked specs may or may not be accurate, that also means they could perhaps bear a bit more weight.

Replacing the LG G-Series from May 7

Among the rumors surrounding this device, leading from the Velvet branding and the LM-G900N model designation, is that it will replace the LG G-series. That means it's not going to be a slouch, although LG is reportedly bringing the series back down into the mid-range.

Reports indicate that a Snapdragon 765 SoC will be used for starters, rather than a Snapdragon 865 flagship chipset. That'll be backed by 8GB RAM and 128GB storage, expandable up to 2TB. The build surrounding that, under the expected 6.7-inch display panel, will not only be IP68 protected against water and dust. Reports also claim it will meet US Defense-certified military-grade standards.

Other flagship remnants will remain too, such as an in-display fingerprint scanner and AI-driven audio from stereo speakers. The dual-screen case accessory from prior G-series handsets is expected to be kept too.

For cameras, LG will reportedly pack in a 48-megapixel camera with OIS support, driven by Samsung's ISOCELL Bright GM2 sensor. That'll be backed by an 8-megapixel wide-angle lens and a 5-megapixel depth sensor.

Setting aside those details, the expectation is that this LG device will be available in Aurora Green, Aurora Gray, Aurora White, and Illusion Sunset color options. It'll also pack in a 3.5-mm headphone jack.

The LG Velvet is expected to be announced on May 7.

Trusted By Millions
Independent, Expert Android News You Can Trust, Since 2010
Publishing More Android Than Anyone Else
29
Today
110
This Week
110
This Month
3276
This Year
104755
All Time
Advertisement