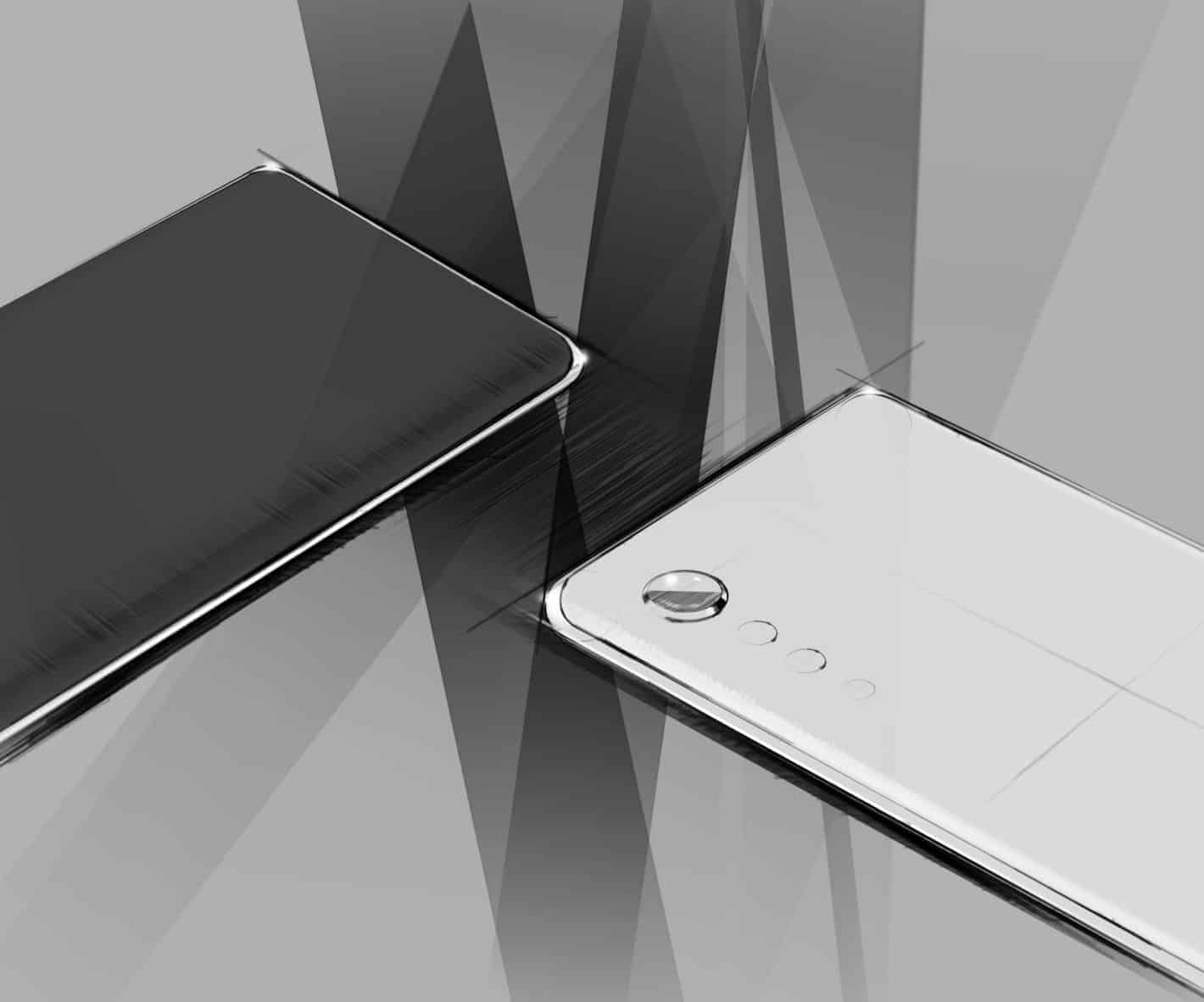 LG has released a new press release on its website, announcing a new design language for its smartphones. LG says that this new smartphone design language “taps into nature with visual elegance, tactile perfection”.

If you take a look at the two images provided below this paragraph, you’ll notice sketches that LG is talking about. This seems to be a design that LG will go forward with from this point on. Well, it will at least use these design elements for some of its smartphones.

As you can see, the phone on this sketch has a curved display, and also a curved backplate. The bezels are extremely thin. It does actually reminds us of flagships we’re seeing these days, to a degree.

The camera sensors are placed in the top-left corner of this smartphone, and are vertically aligned. LG says this is a “Raindrop” camera design, and that the front and back sides are symmetrical.

You will also notice that the sizes of the phone’s cameras on the back decrease from top to bottom. That has been done on purpose, as LG mentioned that as well in its press release. There are three cameras there, and an LED flash below them.

This is actually supposed to evoke images of falling raindrops, hence the “Raindrop” camera design name. The main camera does protrude a bit, while the other two lenses do not. They are placed under the glass.

Front and back sides are symmetrical, LG calls this the ‘3D Arc Design’

We’ve already mentioned that the front and back sides of this design / smartphone are symmetrical. Well, LG calls this ‘3D Arc Design’, and mentions that the edges of the display and rear are symmetrically curved, and thus exude a much more natural feel in the hand compared to LG’s previous devices.

Truth be said, these two sketches that LG shared do look quite nice, and modern. We presume that the company’s next flagship will sport a design that will maybe even be identical to these sketches.

One thing is for sure, LG is looking to change things up again. The company has been rather lost in the mobile space for a while now, and is looking for a way back.

LG is expected to announce a new smartphone on May 15, though that probably won’t be a flagship smartphone. Nothing has been confirmed yet, though, so we’ll have to wait and see.

It would be odd to see another flagship from the company so soon as one launched at the end of February. We are, of course, talking about the LG V60 ThinQ.