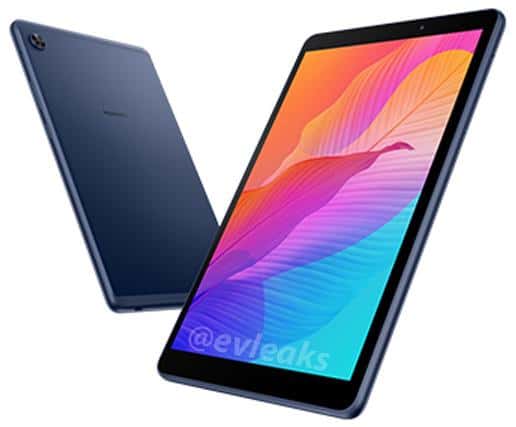 Huawei's flagship Android tablet, the Huawei MatePad Pro, has yet to hit the international markets and the company already has two more offerings nearing launch. Last week, we spotted a Kirin 810-powered mid-range Android tablet from the Chinese company. Now a render for a new, smaller Huawei tablet has also leaked online.

Noted leaker Evan Blass recently shared a render for the Huawei MatePad T on his Patreon page. It is an 8-inch Android tablet and might be the company's budget offering this year.

The Huawei MatePad T features pretty thick bezels and a single rear camera that seemingly protrudes out of the body. It should also get a single front-facing camera.

Huawei's upcoming budget-friendly tablet has the power and volume keys on the right side. A cutout can also be seen on the bottom but it's unclear if that is a 3.5mm headphone jack or a USB Type-C port.

The render shared by Evan Blass shows the Huawei MatePad T in Blue color. More color variants of the tablet should be available when it launches.

The Huawei MatePad T render leaked just around the time when it also bagged certification from the Wi-Fi Alliance (WFA).

The Wi-Fi certification also reveals that the tablet supports dual-band 2.4GHz and 5GHz Wi-Fi and runs EMUI 10 on top of Android OS.

The rest of the specs of Huawei MatePad T are still a mystery, though. Interestingly, Huawei previously used the 'T' branding with its MediaPad line of low-cost Android tablets. The company might now be looking to bring this series of affordable tablets under the MatePad branding as well.

There are no details on the price and availability of the Huawei MatePad T. It should be pretty affordable though, as it's Huawei's budget offering.

Huawei also has a mid-range Android tablet in the works currently and it's priced quite reasonably as well. The Kirin 810-powered tablet, which will likely be called Huawei MatePad, features a 10.4-inch display. It will reportedly sell at a starting price of 1,799 Yuan (roughly $255).

It remains to be seen if either of these tablets make their way out at Huawei's Nova 7 launch event later this month. The Huawei Nova 7 series of smartphones will reportedly launch on April 23 in China. 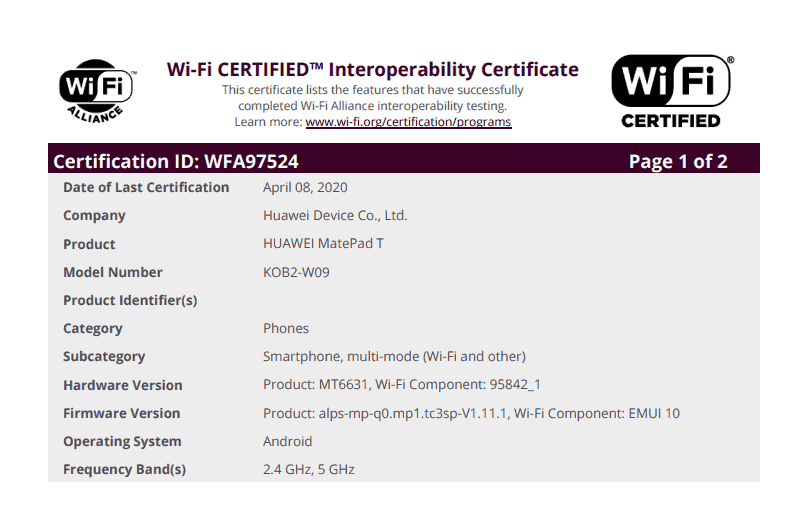