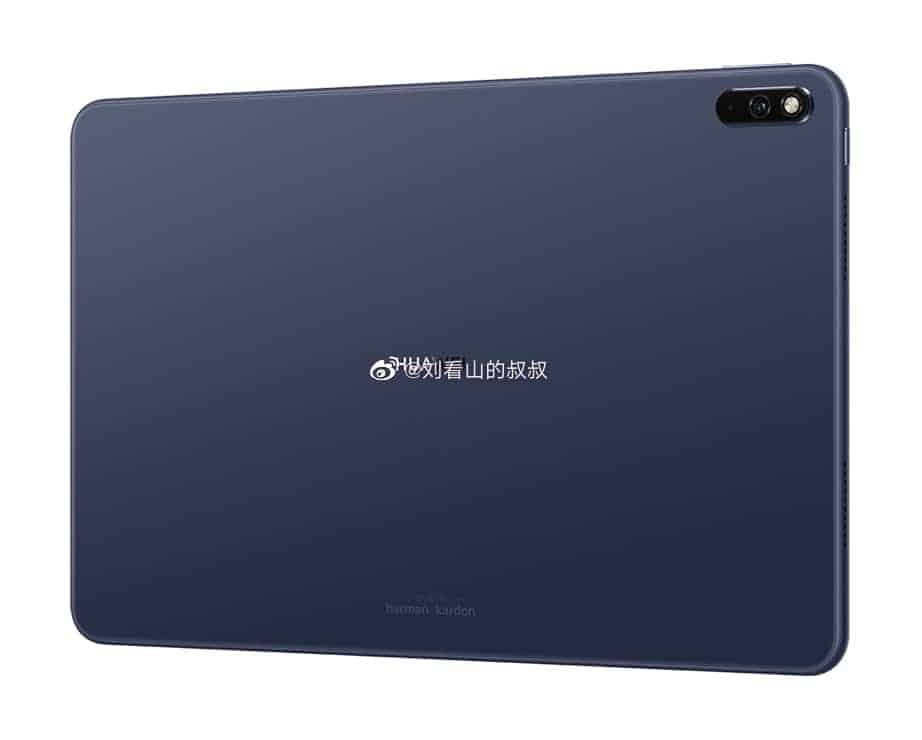 Huawei's upcoming mid-range Android tablet, the Huawei MatePad has leaked several times over the past two weeks. The company has now confirmed through a Weibo post that the new MatePad tablet would launch on April 23 in China. Huawei's also launching the Nova 7 smartphone series on the same day.

Previous leaks have revealed that the Huawei MatePad is an affordable Android tablet from the Chinese company.

Powered by the Kirin 810 chipset, the tablet features a 10.4-inch display with a resolution of 2000 x 1200 pixels. The device will be available in 4GB and 6GB RAM variants, with 64GB and 128GB storage capacity.

The Huawei MatePad gets 8-megapixel cameras both on the front and the back. The tablet will pack a 7,250mAh battery. It runs Android 10 out of the box, with EMUI 10 on top.

The device gets Bluetooth 5.1 and dual-band 2.4GHz and 5GHz Wi-Fi for connectivity. Harman Kardon-tuned audio and a USB Type-C port are onboard too.

Initial reports suggested that Huawei will offer this tablet in Wi-Fi-only and LTE variants. Now a new leak coming from China adds that a 5G variant will also be available.

The Huawei MatePad is expected to go on sale soon after launch. The tablet is already available for pre-order on a couple of Chinese e-commerce websites. Pricing details are yet to be revealed, but earlier reports suggest it will sell at a starting price of 1,799 Yuan (roughly $255) in at least white and grey color variants.

Huawei has more MatePad tablets in the works

The Huawei MatePad isn't the only tablet the Chinese company is working on currently. Last week, the Wi-Fi Alliance (WFA) certified an entry-level Android tablet from Huawei, the MatePad T. Now, one more Huawei tablet has been spotted online.

A Kirin 810-powered Android tablet has just appeared on Geekbench with model number BAH3-W09. Leaks suggest it is the MatePad M6 Youth Edition. It has 4GB of RAM and runs on the Android 10 operating system.

There's a huge 8,000mAh battery with support for 18W fast charging. It'll reportedly feature a Full HD+ display. This tablet has already passed the Chinese 3C certification, so it might not be too far away from launch.

The Huawei MatePad T, meanwhile, features an 8-inch display with pretty thick bezels all around. It also runs Android 10 out of the box and supports dual-band 2.4GHz and 5GHz Wi-Fi. The rest of its specs are a mystery as of now, though.

It's not clear if either or both of MatePad T and MatePad M6 Youth Edition will come out alongside the MatePad tablet and Nova 7 smartphones this Thursday. 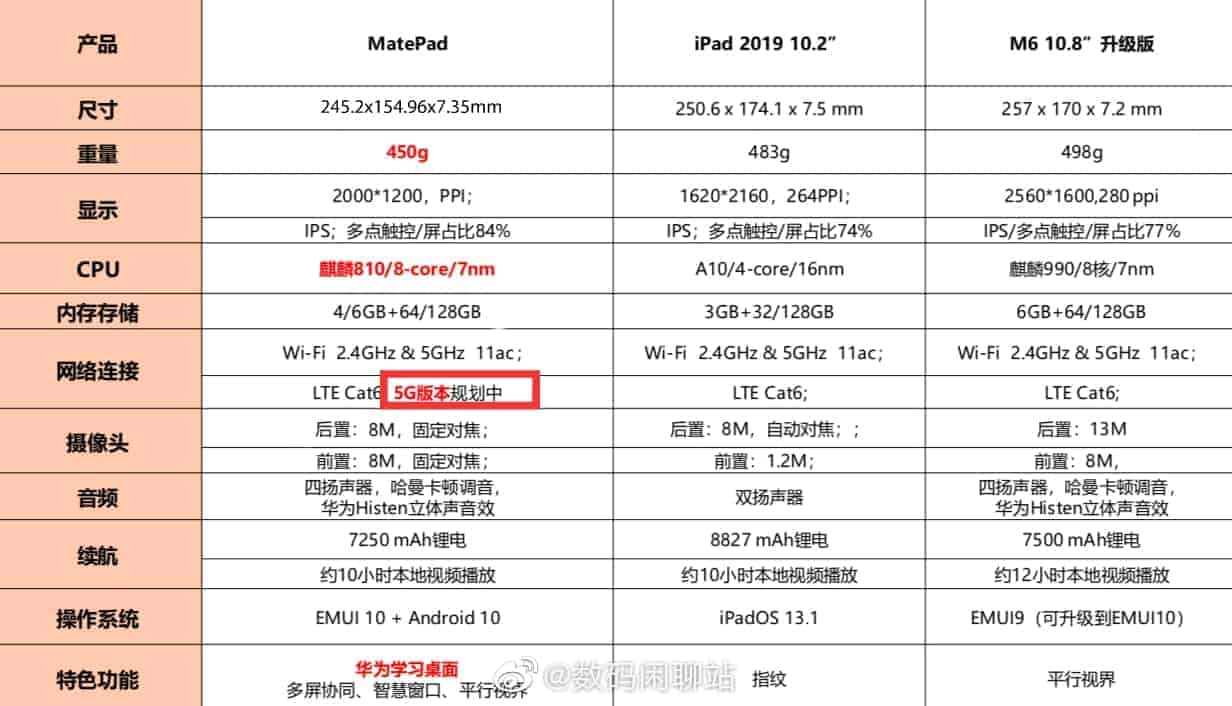