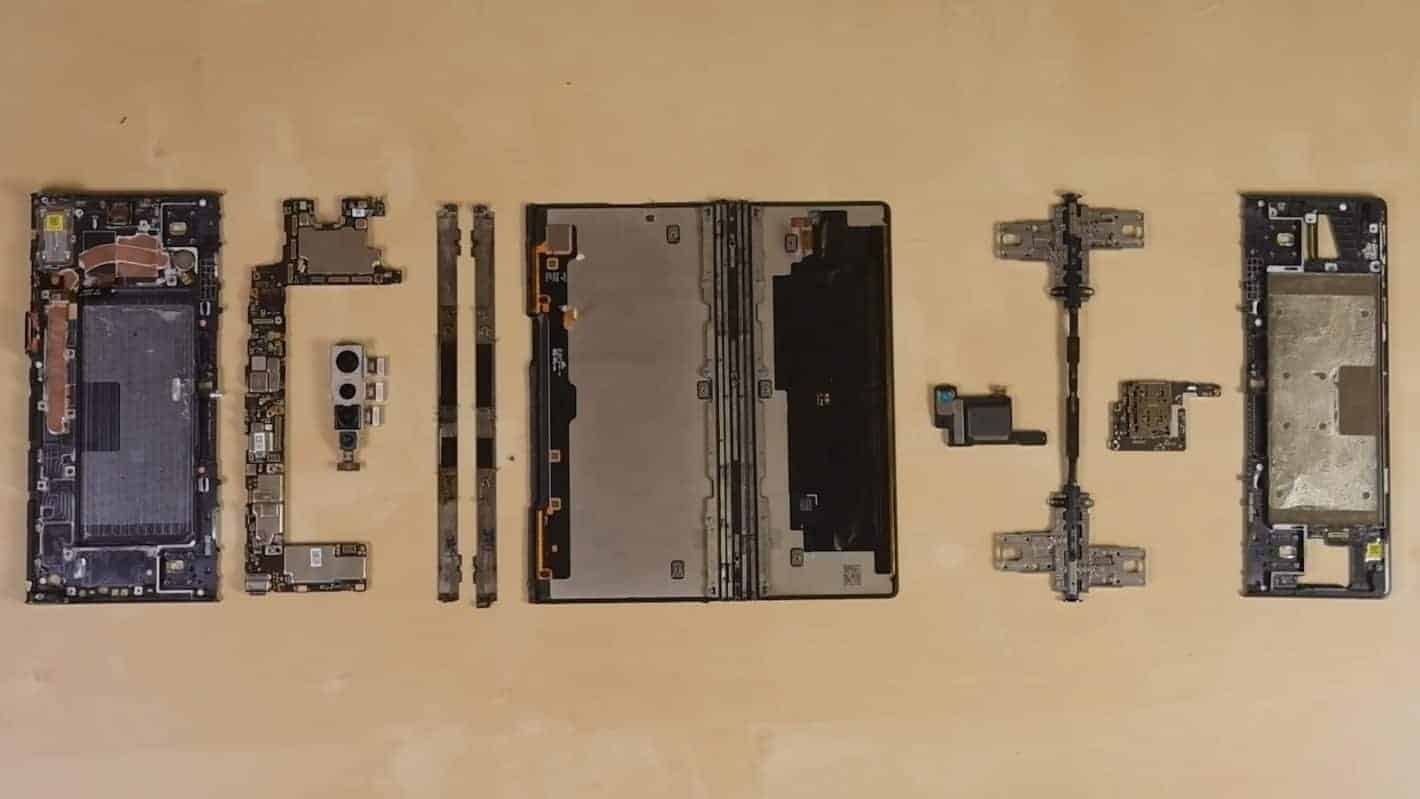 The Huawei Mate Xs is basically an improved version of the Mate X, and iFixit does note that it has been improved. That does not change the fact that it's not easy to repair, at all.

The device managed to get only 2/10 repairability score from iFixit. The higher the score, the easier the device is to repair.

iFixit notes that the batteries are the most difficult part to fix / replace on this phone. This handset actually includes a split battery pack, you're essentially getting two batteries inside the phone

They are both glued down and really difficult to remove. You can see that in the teardown video that iFixit provided, and which is embedded below this article.

iFixit notes that the display assembly has been improved over the original Mate X. It is now more durable, at least it seems to be, and the whole new design provides better protection against dust. It does a better job in that regard than the Galaxy Fold.

In case you'd like to get all the details when it comes to this teardown, you can read iFixit's full report by clicking here. That video that is embedded will show you the whole teardown process.

The Huawei Mate Xs actually launched quite recently. The device is extremely expensive, and it comes without Google services. Huawei packed in its own HMS solution on the inside due to the US ban.

The device is equipped with Huawei's most powerful processor

The Huawei Mate Xs is fueled by the latest Kirin processor, the Kirin 990. That is a 64-bit octa-core processor, and the device is also equipped with 8GB of RAM and 512GB of internal storage.

The phone includes an 8-inch display when unfolded, and a 6.6-inch when folded. Both of those displays are of the OLED variety, by the way.

The Mate Xs includes a 4,500mAh (split) battery. It also supports 55W fast wired charging, which can recharge this battery extremely fast. Android 10 comes pre-installed on the device, along with EMUI 10.