The HONOR 30 Pro will become official on April 15, and the device has just surfaced on Geekbench. This listing actually dates back to April 4, but it's just not making the rounds.

The device appeared under the Huawei EBG-AN00 model number. That model number has been connected to the HONOR 30 Pro in the past, so chances are this is that device that surfaced on Geekbench.

That being said, the phone managed to score some really great results on the platform. The HONOR 30 Pro scored 3,876 points in the single-core, and 12,571 points in the multi-core test.

This listing also confirms that the phone will be fueled by the Kirin 990 64-bit octa-core SoC. That is to be expected, so no surprise there. The variant that surfaced on Geekbench includes 8GB of RAM.

Chances are that a 12GB RAM variant of this phone will also become available, though. This listing also confirms that Android 10 will come pre-installed on the phone, while EMUI will be placed on top of it.

Do note that the HONOR 30 Pro will not ship with Google services. This is Huawei's sub-brand, basically, and it is under the effect of the US ban, same as Huawei.

Along with the HONOR 30 Pro, the company plans to announce the HONOR 30. The HONOR 30 will be inferior to the 30 Pro, but the difference will not be colossal. The 'Pro' model will probably be larger and include an extra camera on the back.

Both devices will be made out of metal and glass, and the back side will be curved on both of them. We still did not see the front side of either of these phones, but you can expect a display camera hole to be included. Either a regular one, or a pill-shaped one.

When the company's brand ambassador announced that the phones are coming on April 15, he also confirmed one color of the phone. One of the colors will combine purple and silver colors, it seems. Depending on how the light hits the phone.

The device will include a 50-megapixel main camera on the back, same as the Huawei P40

The HONOR 30 series of devices will feature a 50-megapixel main camera on the back. This will include Sony's IMX700 sensors, and chances are it will be identical to the one on the Huawei P40 flagships.

A 12-megapixel ultra-wide, and 8-megapixel telephoto cameras are expected to be included alongside the 50-megapixel unit. The device will also include an optical in-display fingerprint scanner.

That is pretty much everything we know thus far. The two devices will include fast charging, and probably fast wireless charging, at least the 'Pro' unit. More info will probably surface soon. 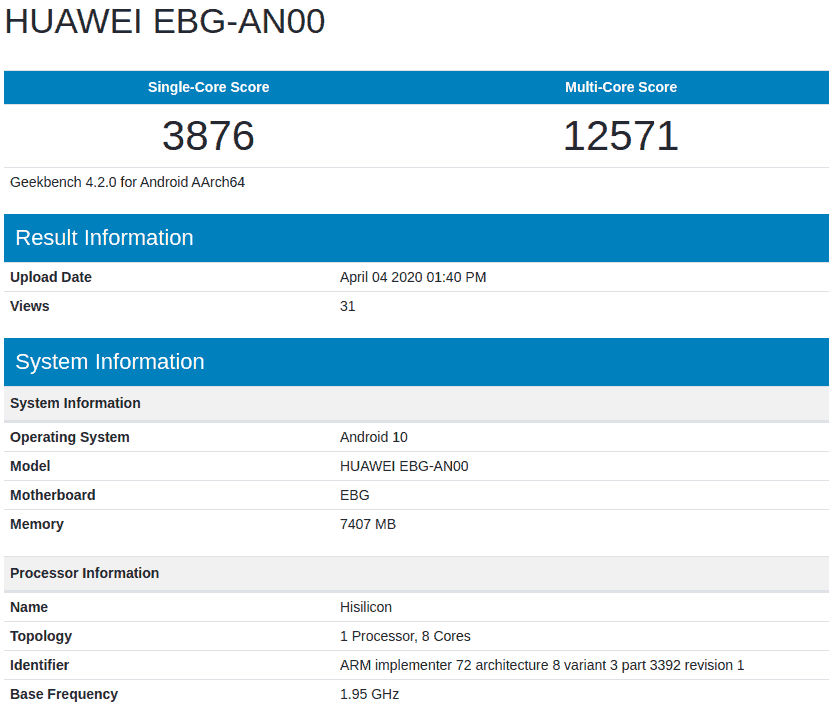