The HONOR 30 has surfaced in a new image, showing its 50MP Sony IMX700 camera. As you can see, in this image, the phone's whole rear camera module is shown.

On it, you'll notice several cameras, and the writing on the module confirms one of them is a 50-megapixel camera from Sony. Just to be clear, the Sony IMX700 camera sensor that is included on the HONOR 30, is the same as the one placed inside the Huawei P40 series.

Chances are HONOR will use a different lens, but the camera sensor is the same. This camera module also confirms that the Octa PD autofocus will also be a part of the package. This is yet another feature that the HONOR 30 will borrow from the P40.

You will notice that the phone has three additional cameras on the back. One of them is a periscope-style camera. So, you can expect this phone to offer some crazy zoom capabilities.

We're not sure about the other two cameras, but chances are one of them is a dedicated ultra-wide shooter. The last camera could either be a separate telephoto unit for optical zoom, or a depth sensor, perhaps.

A dual-LED flash is also visible here, and you'll notice that the camera module protrudes on the back. If you take a closer look at this picture, you'll notice an IR blaster on top of the device.

The back side of this phone will be curved, and this is probably glass we're looking at. The phone will offer a frame made out of metal, of course.

The HONOR 30 series of flagship smartphones will become official on April 15. This information had been revealed by HONOR's brand ambassador a couple of days ago.

HONOR will introduce two smartphones on that day, the HONOR 30 and 30 Pro. We still do not know what will be the difference between these phones, but the 'Pro' model will probably include more cameras on the back. The phone shown in an image above could easily be the 'Pro' model. We'll see.

The HONOR 30 and 30 Pro will be fueled by the Kirin 990, and chances are both will support 5G connectivity. You can expect plenty of RAM to be included in the two devices, and fast charging as well.

It remains to be seen if both phones will offer wireless charging, or only the 'Pro' model. You can expect to see AMOLED displays on both smartphones, by the way.

These two smartphones will be more affordable than the Huawei P40 series devices, almost certainly. Android 10 will come pre-installed, along with EMUI skin. 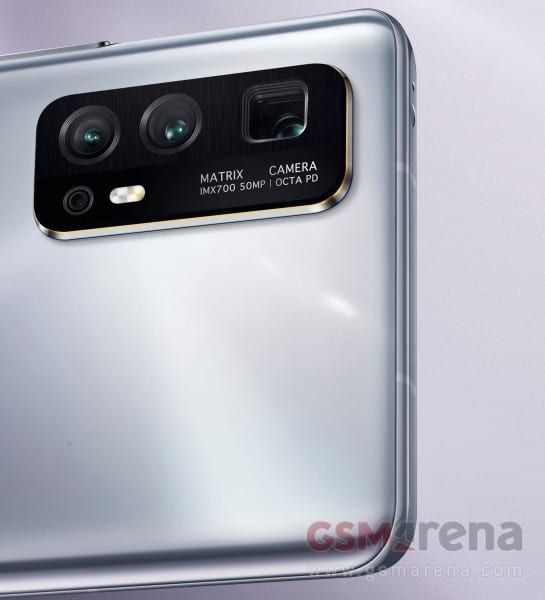