Call of Duty Mobile S6, is live and there's a whole lot of new content to dig into. Not all of it is immediately available, as more changes will come a bit later this week.

Some stuff however is already at the fingertips of players. Also worth noting is that not all the new stuff that comes with Call of Duty Mobile S6 is playable content. Some of it, like the UI improvements, are simply adjustments that make the game better.

Here's everything that's new with the latest season. If you're eager to dive right into the game, make sure to update it as it should be live for all global players. 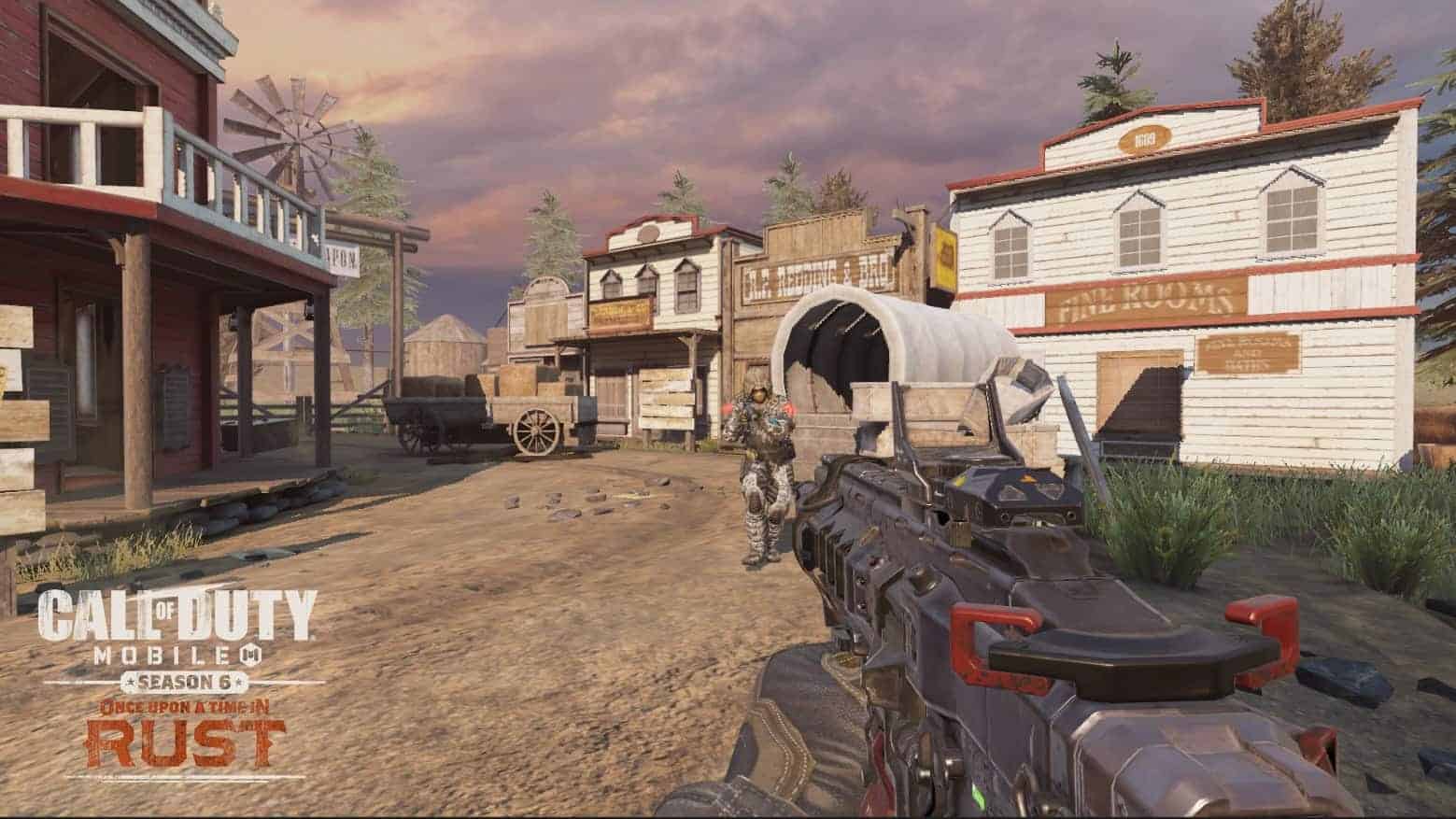 Aptly titled Once Upon a Time In Rust, the new season of the game adds the long-rumored (and requested) Rust map to the game.

This is a classic from past Call of Duty games on other platforms. It also fits this season's wild west theme quite nicely and is already in the game for players.

Speaking of the wild west, the second new map is Saloon, and is featured with the all-new 1v1 Duel mode. Though, players won't be able to play this mode or on this map until the middle of May.

Saloon will also be available for the 2v2 Showdown mode, and will be exclusively for these two modes only.

More new modes to sink your teeth into

Variety is the spice of life. So they say. And the same is true when it comes to a variety of game modes in games like Call of Duty Mobile.

Starting with this new season, players can jump into some additional modes that are being added to the game. The first is the 1v1 Duel mode that we mentioned above. But, that won't be available to the middle of May. Beyond that, there will be two more modes that you can check out starting this Friday.

Of those two, the first is Capture the Flag arriving on April 30, which is tomorrow. It'll be live with the new battle pass season. That likely won't go live until later in the evening though. As the current battle pass says there is still two days left.

Alongside Capture The Flag players can also jump into Kill Confirmed. This is basically Team Deathmatch but with the nice twist that requires you to pick up the dog tags of any enemy you kill.

Doing so will progress your team's score. Don't pick them up and you just wasted an opportunity to advance. This is arriving in early May, and it should arrive alongside Capture The Flag.

In Call of Duty Mobile S6 the battle pass is getting an overhaul. More specifically you won't have to complete the very specific tasks that have been in every other pass to gain XP.

Going forward after the new pass arrives, players simply need to play the game. You won't be required to Get 10 Kills with an Operator Skill to gain points. Simply playing in Multiplayer, Battle Royale, or Ranked, will earn you XP on the pass.

If you play enough, you'll do just fine. More importantly, players who don't care for a certain mode won't be required to play those modes to complete tasks.

This should make it a whole lot easier for players to hit tier 50 and beyond. This results in more players earning the best pass rewards. And, it'll likely lead to more players having a good time with the game consistently which is good overall for the game.

Events will be organized into categories

We touched on this in our other post about the UI changes. But there's no harm in elaborating a bit on it here.

With in-game events going on, which are always happening, players will now see all events organized into their own categories. There will be four different categories altogether.

Featured events for ones that Tencent and Activision want to draw attention to, seasonal events for events specific to the current season, daily events, and a "more" section for any remaining things that don't really fit into any of the other categories.

These changes are already live in the game as of April 29 and make things a whole lot easier to find. 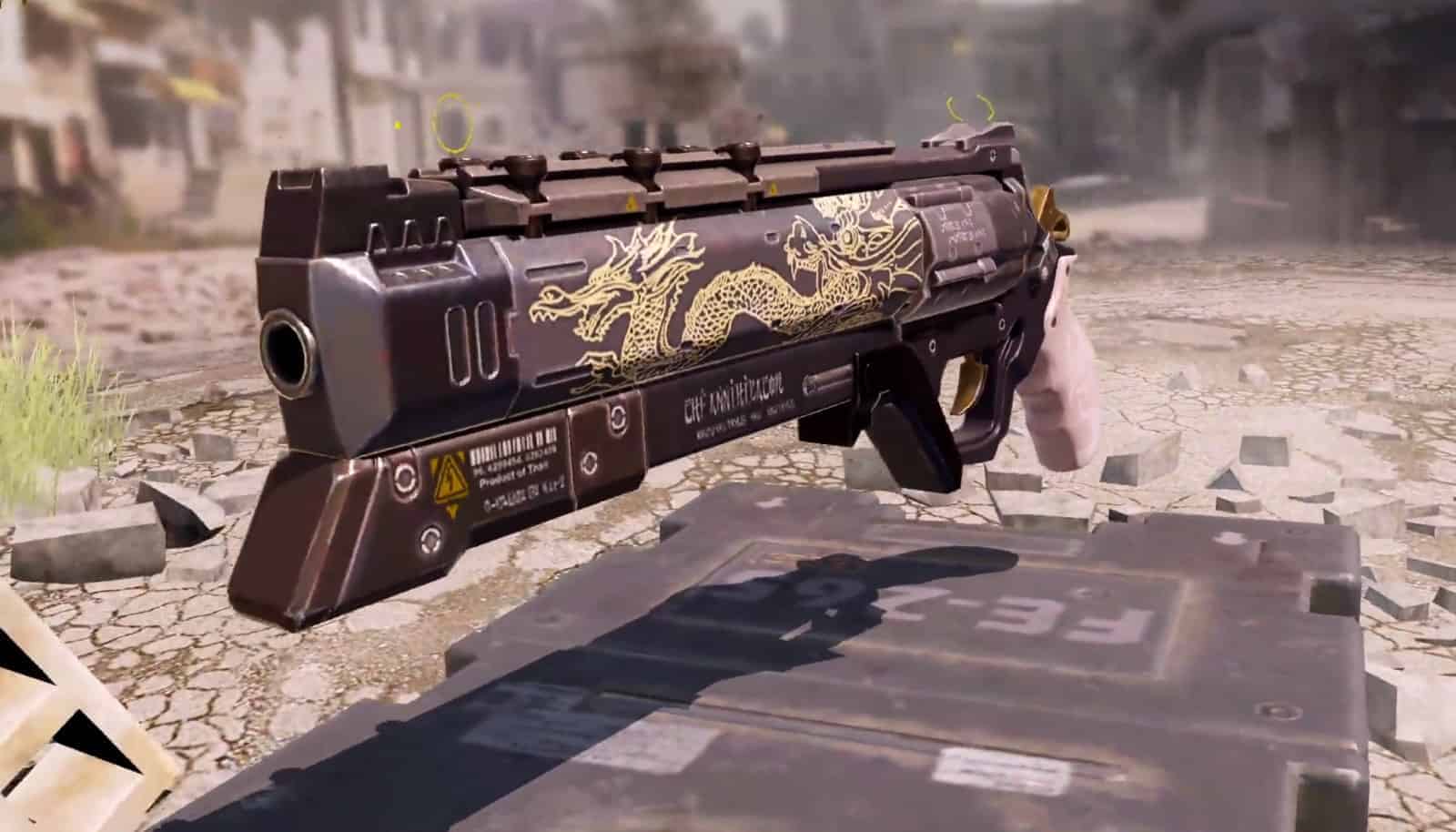 One of the more exciting things about Call of Duty Mobile is the weapons. Included in that are the operator skills, which let you unleash a barrage of devastatingly powerful attacks on your enemies.

This new season introduces the Annihilator, a massive hand cannon that does some huge damage. It's also a one-hit kill shot if you do upper body damage. So if you're accurate and don't miss, you can rack up quite a few kills with this thing rather quickly.

This will be available to all players through the free battle pass. So play the game and unlock as much as you can to make sure you snag this for your loadout.

Tactical equipment is just as important as the lethal equipment you have in your loadout. Things like your trip mine or your tried and true frag grenade will give you kills.

But stuff like your flashbang for instance may just be the difference between dying and edging out your opponent. That's the beauty of tactical equipment. Starting this season you'll be able to add the Cryo Bomb to your loadout.

With this in-hand, you can catch your enemies off guard and slow them down long enough for you to get the kill, thanks to the bomb's ability to explode into a burst of frost. This will be available through a seasonal challenge and is arriving in mid-May.

As for the new Battle Royale class, in late-May players will be able to load into the map as the Poltergeist. specializing in cloaking and invisibility to get the jump on enemies and ambush them before they know what hit them.

There's also a slew of other changes made to the game that are general improvements. All of which you can check out in the Call of Duty Mobile Community Update post on the official subreddit. A lot of these patch notes will also show up in-game following the update and before you load into the main home screen.