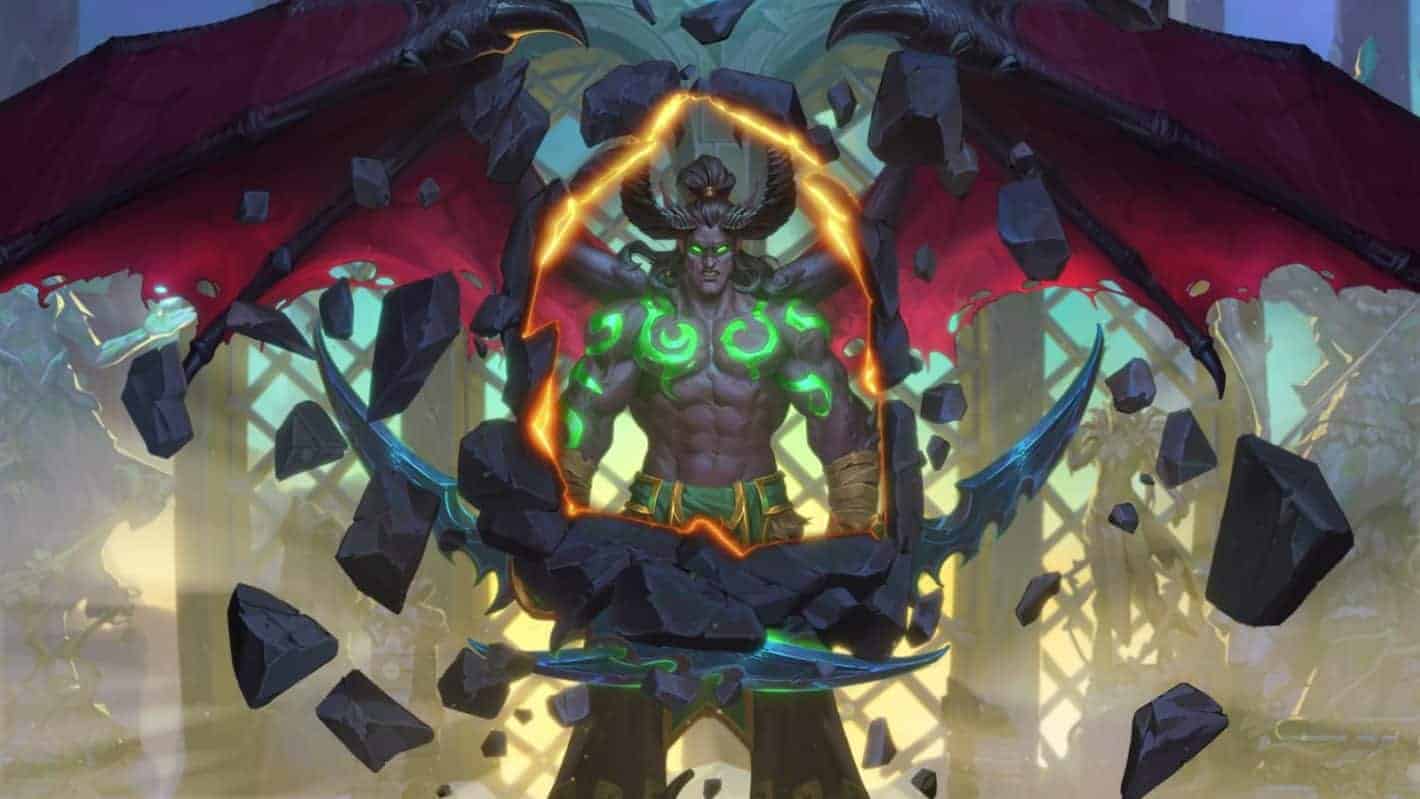 If you play Hearthstone and are eagerly awaiting the Demon Hunter class, you get a taste of it today through the newly launched prologue missions.

Blizzard has just released a series of story missions focused on the Demon Hunter to prepare players for the class arrival on April 7.

The prologue missions will be available for free to all players too, so there's no extra cost involved here. All you have to do is have Hearthstone installed on your device and you can play through every mission. There will be four in total.

If you're not a World of Warcraft subscriber or just aren't super familiar with the lore surrounding the game's characters, you'll want to play these prologue missions.

They focus on the Illidan Stormrage and tell the origin story of how he became a Demon Hunter. The form in which most people know him currently. While many may be aware that Illidan was the famous end boss in the Black Temple raid from the days of The burning Crusade expansion, Illidan was not always a Demon Hunter.

Prior to his transformation he was a Night Elf. And these prologue missions will take you through those times leading up to his current state.

By going through these new missions players will also get an idea of what the Demon Hunter class in Hearthstone is like and how it plays. So there's more incentive to completing them than just learning some new lore.

Once you're finished with the prologue campaign you'll end up with everything you need to start playing as a Demon Hunter.

Players will need an open decks lot for that last one, just an FYI. Unlocking the Demon Hunter class also doesn't allow you to play as a Demon Hunter early. The class still doesn't launch officially until April 7. So this only gets you ahead of the curve. Doing so means you can jump right in once things go live though.

The Demon Hunter will go live alongside the new Ashes of Outland expansion that launches on the same day. So players will have quite of bit of content to go through within the next week.