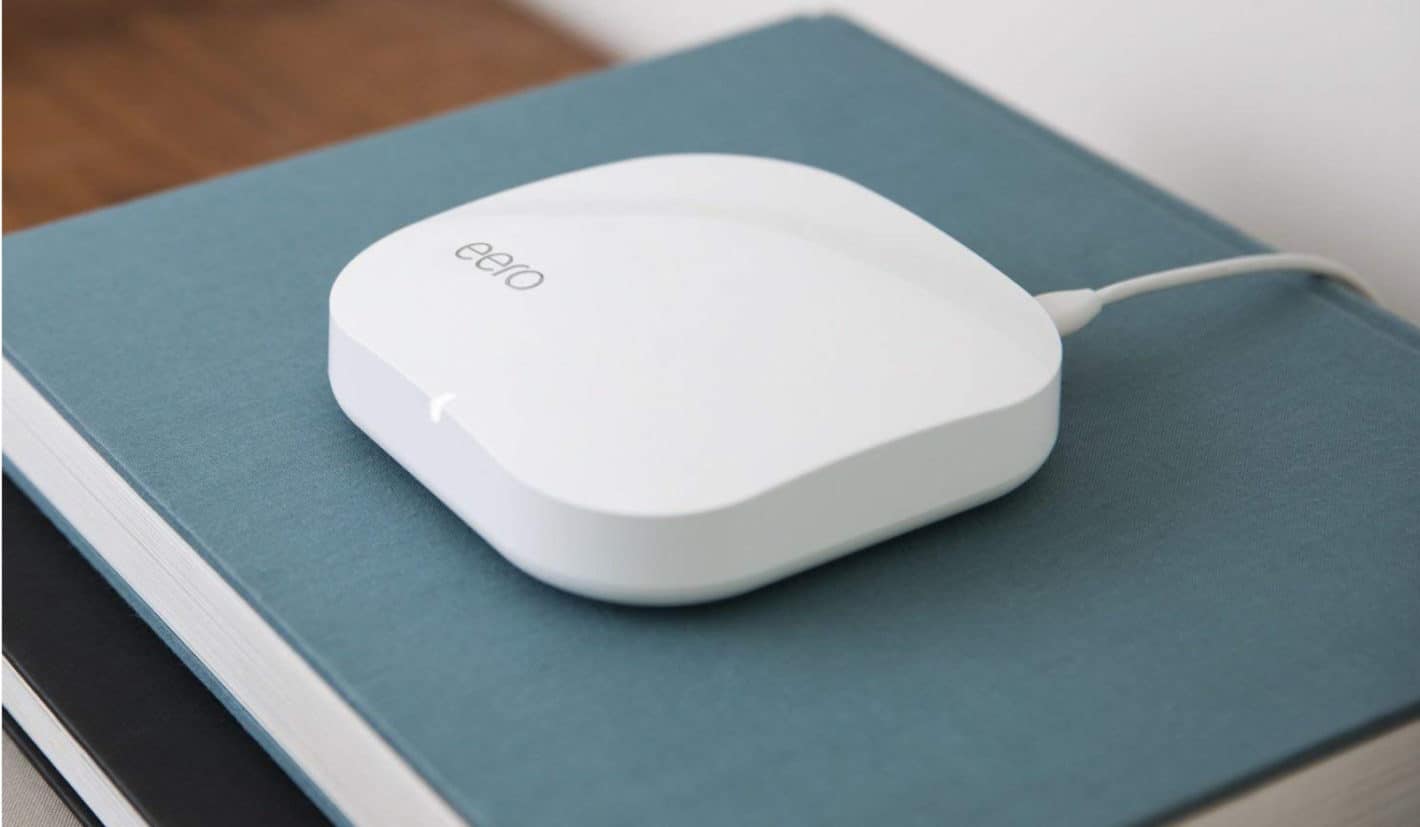 Today, you can upgrade to whole home mesh WiFi for cheap, with the eero mesh WiFi system on sale for $199. And that's for a three-pack and it does come with an Amazon Echo Dot.

That's a savings of $100, plus the $50 for the free Echo Dot. Making it a really great deal. And since eero works with Alexa, that makes this bundle really great.

So what's so special about upgrading to whole home mesh WiFi? Well, you're going to get a much better WiFi network in your home. This includes better coverage and better speeds. This is especially great now that we are all stuck at home and using more WiFi than ever before.

Unlike a signal extender, mesh networks do not repeat the signal. Which is what results in slower speeds by using these signal extenders in your home. With mesh, you're getting both better coverage and speeds. But it can also automatically move devices between the 2.4GHz and 5GHz networks.

So if you have a smart thermostat, eero knows to put it on the 2.4GHz network as it needs better signal, and not faster speeds. While your laptop would be put on a 5GHz network, as it is going to need better speeds, of course.

eero is a really good looking mesh WiFi network, and with this three-pack, you'll be able to cover over 5,000 square-feet. That's going to be plenty of space for your home. And for some, that might even be overkill. But it's better to blanket your home in WiFi rather than having deadspots. And eero fixes that.

You can pick up this three-pack of the eero whole home mesh WiFi system and the Amazon Echo Dot bundle from Amazon in this sale by clicking here. This price won't last long, so you'll want to grab it before it's gone.