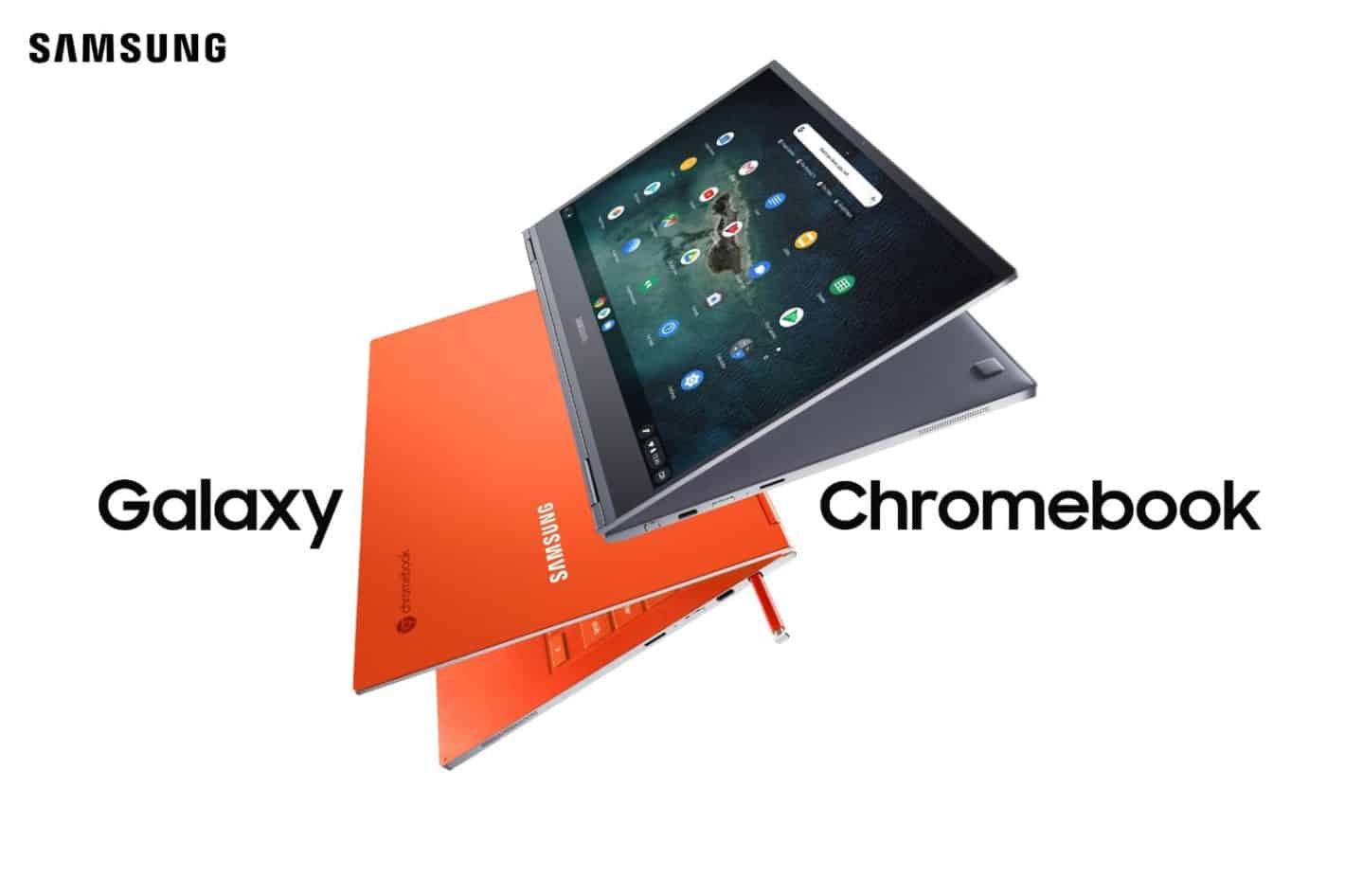 Sales have now been spotted going live for the Samsung Galaxy Chromebook, following the gadget's announcement at CES 2020. Available via the Samsung store site and Best Buy, there's no indication as to whether other retailers will follow. But the award-winning 2-in-1 gadget starts out at $999.99 and is available in both an understated Mercury Gray or Fiesta Red.

For that price, buyers are getting what will easily be one of the best Chromebooks of the year. Not only is this Samsung's first Galaxy-branded Chromebook. The tech giant went out of its way to ensure that it checks the box for every feature users could want.

Samsung started with a super-thin, 9.9mm all-metal frame for its latest Chrome OS laptop, weighing in at just 2.2lbs. Then it tacked on a 13.3-inch, corner-to-corner 4K AMOLED display panel — a first for a Chromebook. That's a touch-enabled display designed explicitly to work with the Galaxy Chromebook's frame-housed S Pen stylus.

On the other side of the build, Samsung includes a backlit keyboard on its Galaxy Chromebook. That comes complete with a color scheme that matches the rest of the device. At the top-right corner of the keyboard, a fingerprint scanner is included for easy logins.

There's still no sign of the Core i7 Samsung Galaxy Chromebook

Internally, Samsung's Galaxy Chromebook packs 10th Gen Intel Core processors. In this case, that's an Intel Core i5-10210U. The chip is clocked at 1.6GHz, with a Turbo Boost of up to 4.2GHz.

The company backed that up with a comparatively massive 8GB RAM. Users have access to 256GB of NVMe SSD storage. The storage is expandable via either SD card or UFS card — up to 2TB or 512GB, respectively. An 8.4-hour-rated battery powers that package.

Every Galaxy Chromebook ships with the latest in terms of connectivity too. That's thanks to Wi-Fi 6 compatibility and Bluetooth.

None of that means this is necessarily the top variant of Samsung's top-end Chromebook. When the company announced its Galaxy Chromebook, the device was touted with up to an Intel Core i7 processor. That's one configuration that has yet to make its way to the official landing page or store page.

It's not immediately clear whether that's by design or if it will ever launch at all. Samsung's Galaxy Chromebook is going to be among the best Chromebooks around nonetheless.

You can get this with a substantial trade-in credit

At $999.99, the Samsung Galaxy Chromebook already stands out. With consideration for its hardware and features, it may even be considered a bargain at cost. But consumers don't need to pay top dollar to get their hands on one today. The company is presently running a promotion to get up to $400 off the retail price with a trade-in.

Now, the options for trade-in at Samsung's site are limited. Prospective buyers can trade in a smartphone or a tablet. In the former category, options are limited to top devices from Apple, ASUS, Google, Lenovo, LG, Microsoft, Sony, or Samsung. Only trading in a Samsung tablet will net top-dollar in terms of value.

For phones, Samsung, Apple, and Google are the only options. Only Apple smartphones net top-dollar in trade, up to $450 compared to Samsung tablets at up to $400. Regardless, the ability to trade in another smart device toward a Samsung Galaxy Chromebook is going to make it a much more affordable Chrome OS device than it might otherwise be.