The OPPO A92 has just surfaced in a new color variant, the Aurora Purple edition. This device hasn’t been announced just yet, but it will be. It is launching on May 4, it seems.

The Aurora Blue OPPO A92 has been leaked by Evan Blass via Patreon. Mr. Blass is a well-known tipster, and chances are this leak is spot on. As you can see, this is not exactly a purple-colored phone, not entirely.

The Aurora Purple OPPO A92 combines several colors on the back

The front side of the device is black, while the back combines several colors. It combines purple, blue, and green colors on the back and its sides. These two renders also reveal that the phone will include a side-facing fingerprint scanner.

The volume up and down buttons will be placed on the right, while its bottom bezel will be thicker than the rest. Its bezels won’t be that thick overall, though. A display camera hole will also be included, in the top-left corner.

This is not the first time that we’re hearing about this phone. Pricebaba and Ishan Agarwal leaked the phone’s design a couple of days ago, along with its partial spec sheet. 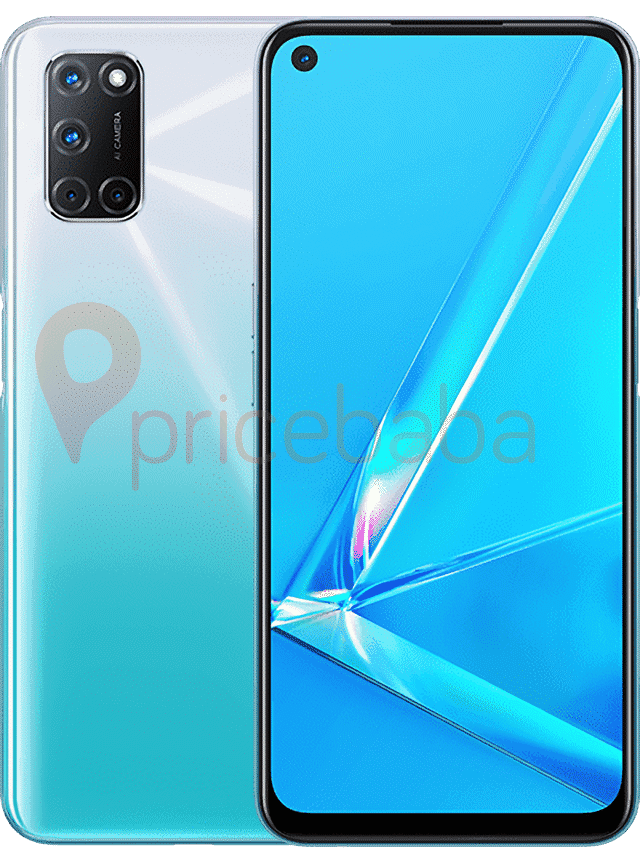 Pricebaba showed us the Shining White color option of the device, while the third variant is the Twilight Black. That model did not leak just yet, but we’re guessing it will be pure black.

The Shining White is also a gradient handset. It combines white and cyan colors on the back, while it’s black on the front.

The device will be fueled by the Snapdragon 665 SoC, and include 8GB of RAM

The OPPO A92 is said to offer a 6.5-inch fullHD+ LCD display. The phone will be fueled by the Snapdragon 665 SoC. The device will offer 8GB of RAM and 128GB of storage.

Android 10 will come pre-installed on the device, along with OPPO’s ColorOS 7.1 Android skin. A 5,000mAh battery will be included in the package, and it will not be removable.

A 48-megapixel main camera (f/1.7 aperture) will be placed on the back. It will be backed by an 8-megapixel ultrawide camera (f/2.2 aperture), and two 2-megapixel units.