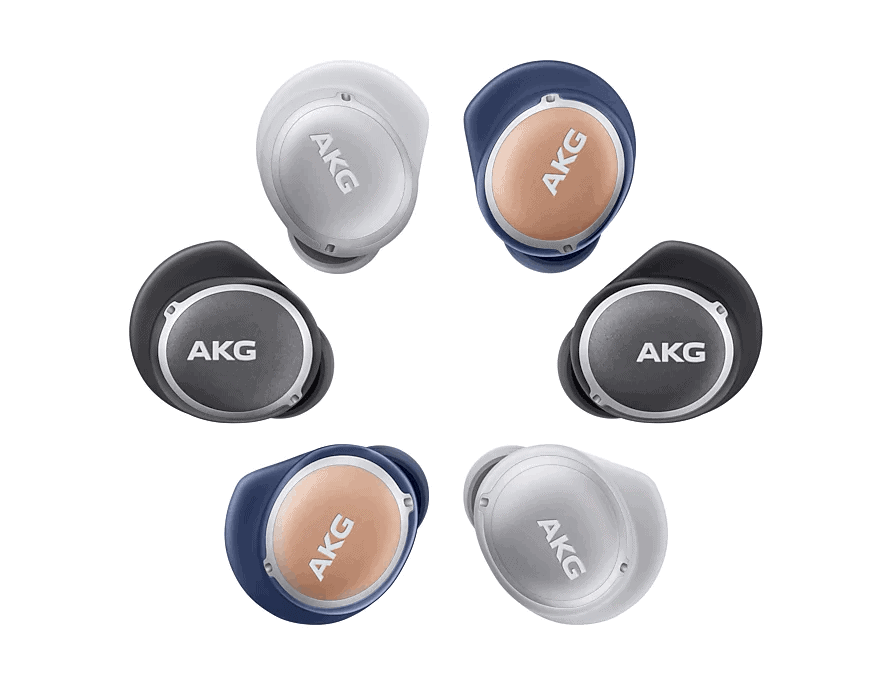 AKG's first pair of truly wireless earbuds, the AKG N400, made a surprise appearance in South Korea earlier this month. The buds have now been officially announced and they are seeming better than Samsung's Galaxy Buds+, which are also tuned by AKG.

The Galaxy Buds+ might be Samsung's best truly wireless earbuds offering yet, but they still lack active noise cancellation (ANC) and waterproofing. The newly announced AKG N400 offer both.

The new AKG earbuds feature two mics each and offer active noise cancellation. The level of noise cancellation can be controlled through the companion app using the Ambient Aware feature. There's also this TalkThrough feature which lets you hear your surroundings with a single tap on the buds. You also get customizable touch controls for music playback and volume.

The new AKG earbuds offer IPX7 water resistance that means they can survive under 1m of water for up to 30 minutes. You probably won't go swimming with the buds on, but no amount of rain and sweat should do no harm to them.

Battery life is an area where the AKG N400 lags behind the Galaxy Buds+, though. The new AKG earphones offer playtime of up to six hours on a single charge (five hours if you turn on ANC). The case can further extend the playtime by another six hours. The Galaxy Buds+, on the other hand, offer 11 hours of playtime and get an extra 11 hours from their case.

For charging, the AKG N400 case features a USB Typ-C port though it also supports wireless charging. And it charges quickly too, with Samsung claiming a 10-minute charge is enough for 1 hour of playtime. The buds take two hours to charge fully.

The new wireless earbuds from AKG, a subsidiary of Samsung-owned Harman International, pack 8.2mm drivers with a frequency response of 10Hz-20KHz, an impedance of 16 ohms, and a sensitivity of 96 dB SPL. They use a Bluetooth 5.0 chipset that includes support for SBC and AAC codecs. Each bud weighs 7.7 grams with the case adding another 65 grams.

The AKG N400 earbuds are now available in South Korea in three color variants — black, blue, and navy. The latter comes in a dual-tone finish with gold accents. The buds are priced at KRW 230,000 (roughly $190) in Samsung's home country, making them more expensive than the Galaxy Buds+.

Samsung is yet to announce pricing and availability for the AKG N400 outside of South Korea. The earbuds will most likely arrive in several international markets in the coming weeks.