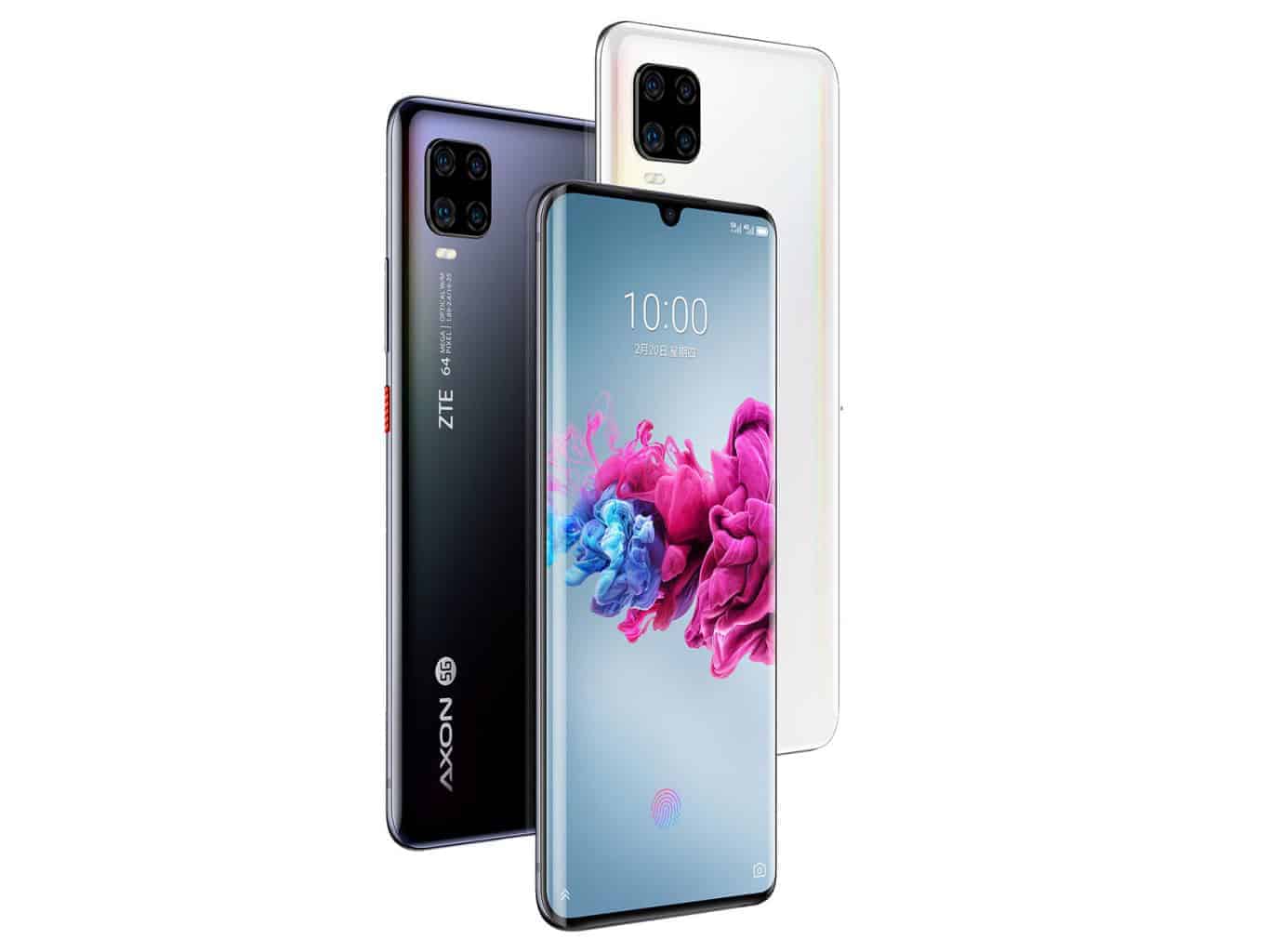 ZTE has just announced the Axon 11 5G, and it's a well-specced mid-range smartphone. This phone has been rumored for a while now, while it also surfaced once or twice.

The phone is made out of metal and glass, and as you can see, it has four cameras on the back. That camera module may seem a bit small in comparison with major flagships these days, but that doesn't have to be a bad thing. It sure looks far better.

There are two cameras included in each row here, while a dual-LED, dual-tone flash sits below that camera module. Both ZTE and Axon 5G logos are included on the back of the phone.

Speaking of the phone's back, it's curved, on all sides. The device also includes a curved display, and a waterdrop display notch. The power / lock, volume up, and volume down buttons are included on the right side.

The phone's top and bottom bezels are ever so slightly thicker than the side bezels, but it's barely noticeable. The phone's corners are rounded, and the same goes for its display corners.

The device offers liquid cooling, and an in-display fingerprint scanner. The company claims that the phone has a 92-percent screen-to-body ratio as well.

It is coming in three variants

Android 10 comes pre-installed here, with ZTE's MiFavor 10 I UI. The phone offers a hybrid dual SIM setup, which means it has two SIM card slots, but you can use the second one to expand its storage.

A 4,000mAh battery is included in this phone, and it supports Quick Charge 4.0 fast charging. Bluetooth 5.1 is also a part of the package, and the same goes for a Type-C USB port.

The ZTE Axon 11 5G has been announced in Laser Black and Pearl White color variants. Its pricing starts at CNY2,698 ($379) in China. This device is expected to reach global markets, but we're not sure when will that happen.