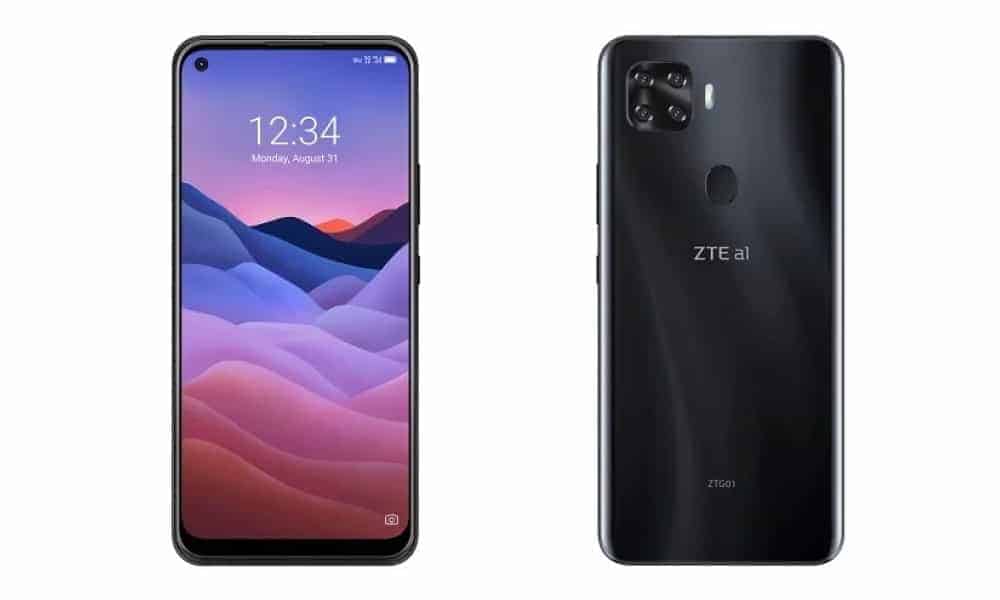 ZTE's new smartphone comes with the Snapdragon 765G, and it supports 5G connectivity. This phone also has a rather odd name, it's called the ZTE a1 ZTG01.

This device has been listed in Japan, with the Japanese carrier au. What's weird here, is that the device is still not available for purchase, nor will it be soon. The site states that it is scheduled to be released after July 2020.

So, for whatever reason, this phone's design and specifications got listed on the site 3-4 months before the phone is scheduled to arrive. In any case, chances are that this smartphone will be available in other regions as well, maybe under a different name, though.

The device seems to be made out of metal and glass. It comes with a flat display, and its bottom bezel is thicker than the rest. A display camera hole is placed in the top-left corner.

The device has four cameras on the back, and those cameras are placed in the top-left corner. A fingerprint scanner sits on the back of this phone, along with a dual-LED flash, and ZTE's logo.

Only the black variant of the phone is listed on the site, for now. Now, in terms of specs, this phone is actually quite compelling. ZTE's new smartphone is not only fueled by Qualcomm's best mid-range SoC, the Snapdragon 765G, but it also supports 5G connectivity.

Android 10 comes pre-installed on this phone, along with ZTE's custom UI. A 4,000mAh battery is included in the package as well, while charging speed hasn't been mentioned.

It includes four cameras on the back

A 48-megapixel camera is included on the back as this phone's main camera. The exact sensor hasn't been mentioned, but we'll guess this is Sony's IMX586 sensor.

The phone measures 164 x 77 x 9mm, while it weighs 185 grams. It is quite possible that some additional color variants will become available once the phone becomes available.

We do not know how much will this phone cost, not yet. The device is still several months away from being available, at least in Japan. ZTE may announce its global availability at some point in the coming weeks / months, though.