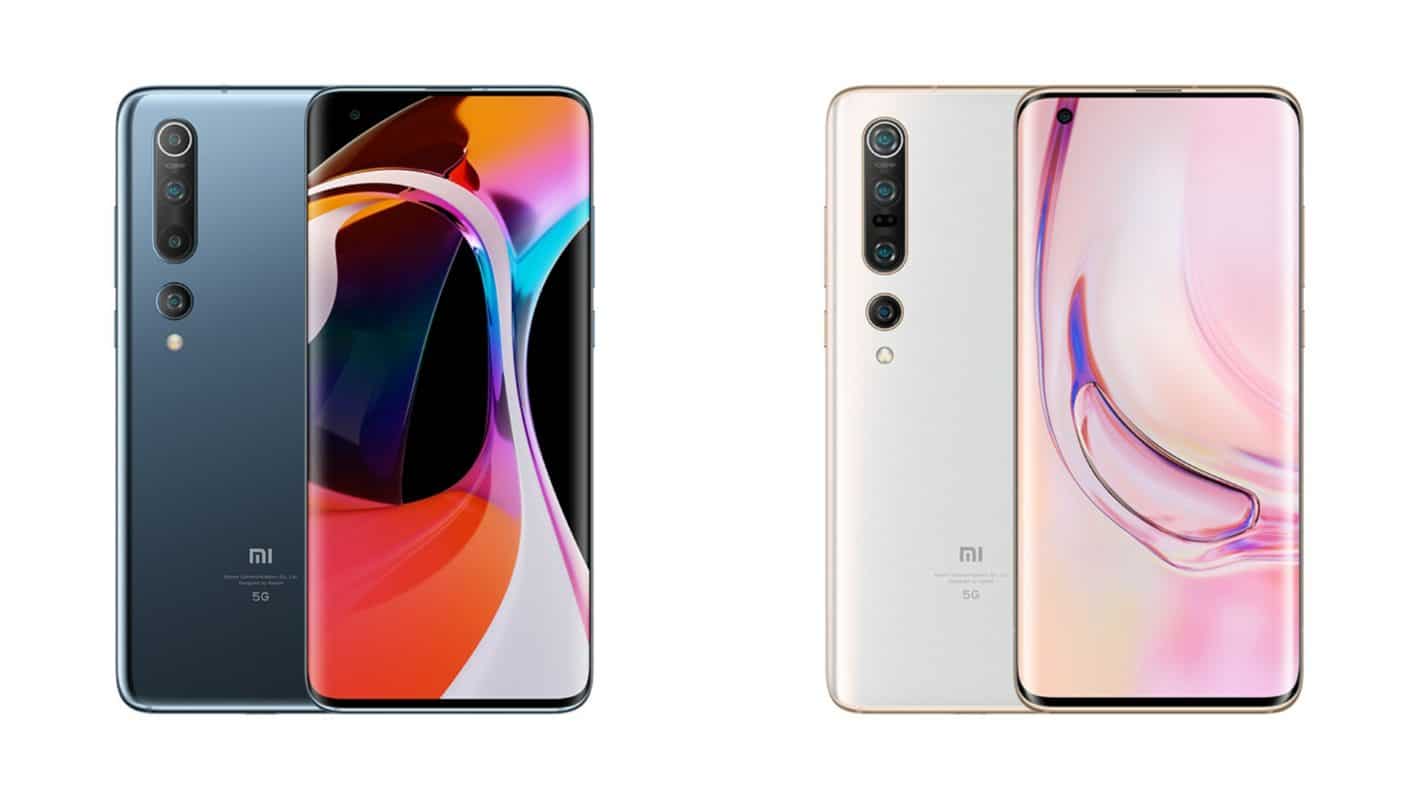 Xiaomi has just announced global variants of the Mi 10 and Mi 10 Pro flagships. Both of these devices are 5G-enabled, and Xiaomi even included '5G' next to their names.

That being said, this is not the initial launch of these two phones, they were announced in China last month. The Xiaomi Mi 10 global variants are pretty much the same, though, though they include Google services.

These two phones look almost the same. The only difference that you'll notice is on the back, in the camera department. The two devices have different camera modules, and the majority of their camera sensors is also different. The Mi 10 Pro's camera module is larger than the Mi 10's.

Other than that, the two phones look the same. They're even the same size, exact same dimensions even. Both of these phones are made out of metal and glass, and feature extremely thin bezels.

These two devices include a display camera hole in the top-left corner of the display. The back side is curved on both phones, and both are quite slippery. You'll notice four vertically-aligned cameras on the back of both devices.

The Snapdragon 865 fuels both devices, and it comes with the Snapdragon X55 modem for 5G connectivity. Both phones come in 8GB RAM variants, with several different storage options (Mi 10 up to 256GB, Mi 10 Pro 256GB only when it comes to global variants).

A 108-megapixel main camera is featured on both smartphones

The main camera is the same on both phones, they include a 108-megapixel ISOCELL camera with f/1.7 aperture, OIS, and 0.8um pixel size. The rest of those rear-facing cameras are different, though.

A 20-megapixel front-facing camera is a part of both phones. Stereo speakers are included on both handsets, and the same goes for an in-display fingerprint scanner (optical).

The Xiaomi Mi 10 comes in Twilight Gray and Coral Green color options. The Mi 10 Pro will be available in Alpine White and Solstice Gray colors. Click here if you'd like to take a closer look at their specifications.