The Xiaomi Mi 6 is one of the company’s most popular smartphones, ever. Well, according to some new information that surfaced, Xiaomi may actually tweak the Mi 6 design, and relaunch it.

That phone was announced back in April 2017, and it was quite compact. It was only 70.5mm wide, and 145mm tall. It featured a 5.15-inch display, and was considered to be one of the best compact flagships in the market.

Well, a Chinese tipster, which goes by the ‘Digital chat station’ name on Weibo, suggests that Xiaomi is planning to release a phone with a small display. He did not mention the Mi 6 by name, nor did he say “a flagship phone”.

He did note that most display manufacturers have adjusted their product lines to produce smartphones with large displays. Because of that, manufacturing a display for a smaller smartphone would be more expensive than usual.

For that reason, Xiaomi needs to know, for sure, that there is interest for such a smartphone. And now we get to the good part. Xiaomi’s director of new media actually posted something really interesting on Weibo.

He asked whether Xiaomi users would be willing to pay for a new version of the Mi 6. A version with updated specifications, but the same size and shape.

This clearly suggests that Xiaomi is thinking about pushing a compact handset, maybe even a flagship to the market. Considering that he clearly mentioned the Xiaomi Mi 6 gives us some hope that the company may relaunch it in the future, but with a sleeker design and updated specs.

Speaking of the design, the Xiaomi Mi 6 2020 concept render actually popped up on Weibo. You can check it out below this paragraph. As you can see, this phone looks like the Mi 6, but it has considerably thinner bezels, no capacitive home key, and it includes a camera hole. 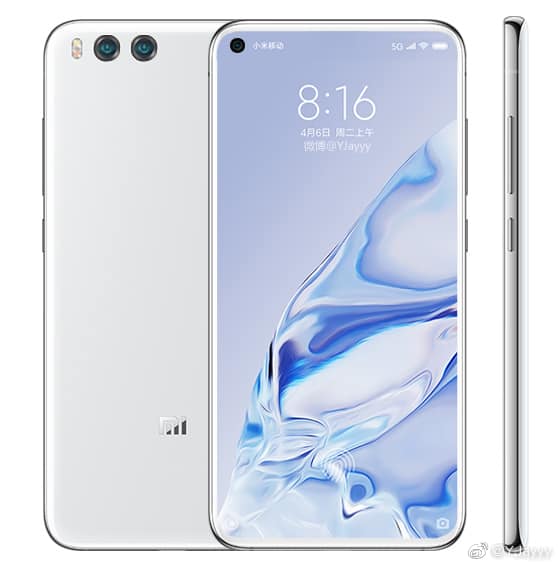 If Xiaomi ends up re-releasing the Mi 6, this is what it may look like. It sure looks modern and up to today’s standards. It does remain that Mi 6 charm, though, and it’s obvious that its design is based on the Mi 6.

If this phone does become a reality, it will probably include a larger display than the Mi 6. Despite that, it will retain the same size. The Mi 6 had rather thick bezels, and by removing them, Xiaomi will be able to fit a much larger display in the same body.

It remains to be seen what will happen, but if enough users show their interest, the Mi 6 2020 may happen. It would be great if Xiaomi asked the same question on global social media platforms, though.