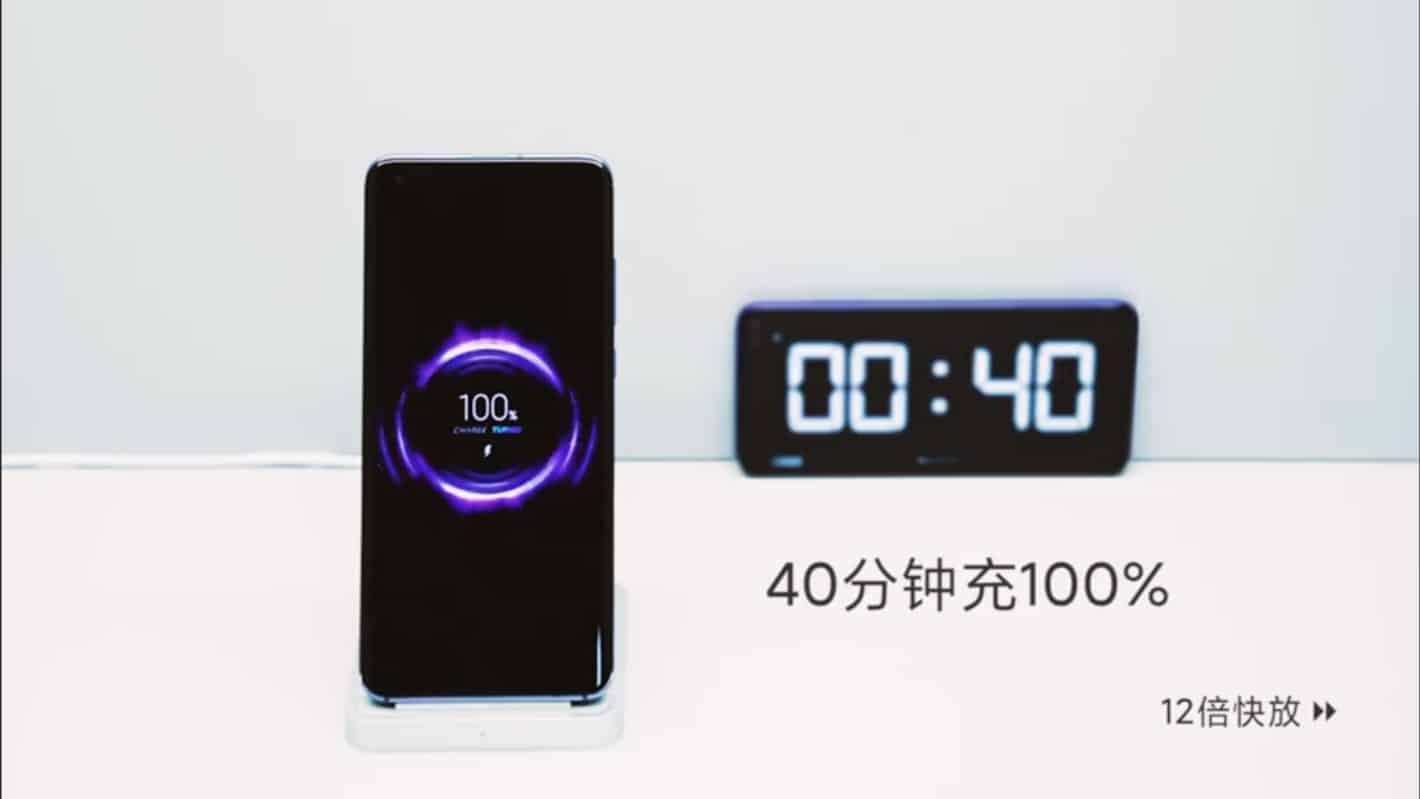 Xiaomi has just announced its 40W wireless charging technology. This charging tech has been announced by Chang Cheng, the company's Vice President. He announced this tech via his official Weibo profile.

Mr. Cheng shared a video that shows this charging in action. The video has been shared via Weibo, and re-uploaded on YouTube by Xiaomishka. It is embedded below this article.

40W wireless charging from Xiaomi can fully charge a 2,280mAh battery in 40 minutes

This charging can charge up a 2,280mAh battery up to 57-percent in 20 minutes. For a full charge, it takes it only 40 minutes. It will be interesting to see how will Xiaomi handle the heat here.

It is possible that the two companies have found a way around it. If they did, wireless charging is one step closer to becoming a standard on smartphones.

Vivo did demonstrate its APEX 2020 concept smartphone with 60W wireless charging recently, but that technology is still not available in the market. We'll see if it will arrive this year or not.

Wireless charging is really convenient, and ever since it appeared, consumers became interested. The thing is, you do not need to plug your phone every time it needs to charge, you simply put it on a wireless charger.

This has its drawbacks, though. When a phone is charging via a wire, you can use it while it's charging, without a problem. When it's on a wireless charger, that becomes pretty much impossible.

Many smartphone manufacturers have already utilized wireless charging, and such charging is becoming faster and faster. We do hope that the companies have found a way to minimize its drawbacks, though.

Xiaomishka presumes that Xiaomi will officially announce 40W wireless fast charging with the next Mi MIX smartphone. That means that we'll probably have to wait until Q3 or Q4 this year.

Do note that Xiaomi also showed 100W charging at the end of last year. That was wired charging, though, and it's still not available in a smartphone. The fastest charging that one of Xiaomi's smartphones supports is 50W charging in the Mi 10 Pro.