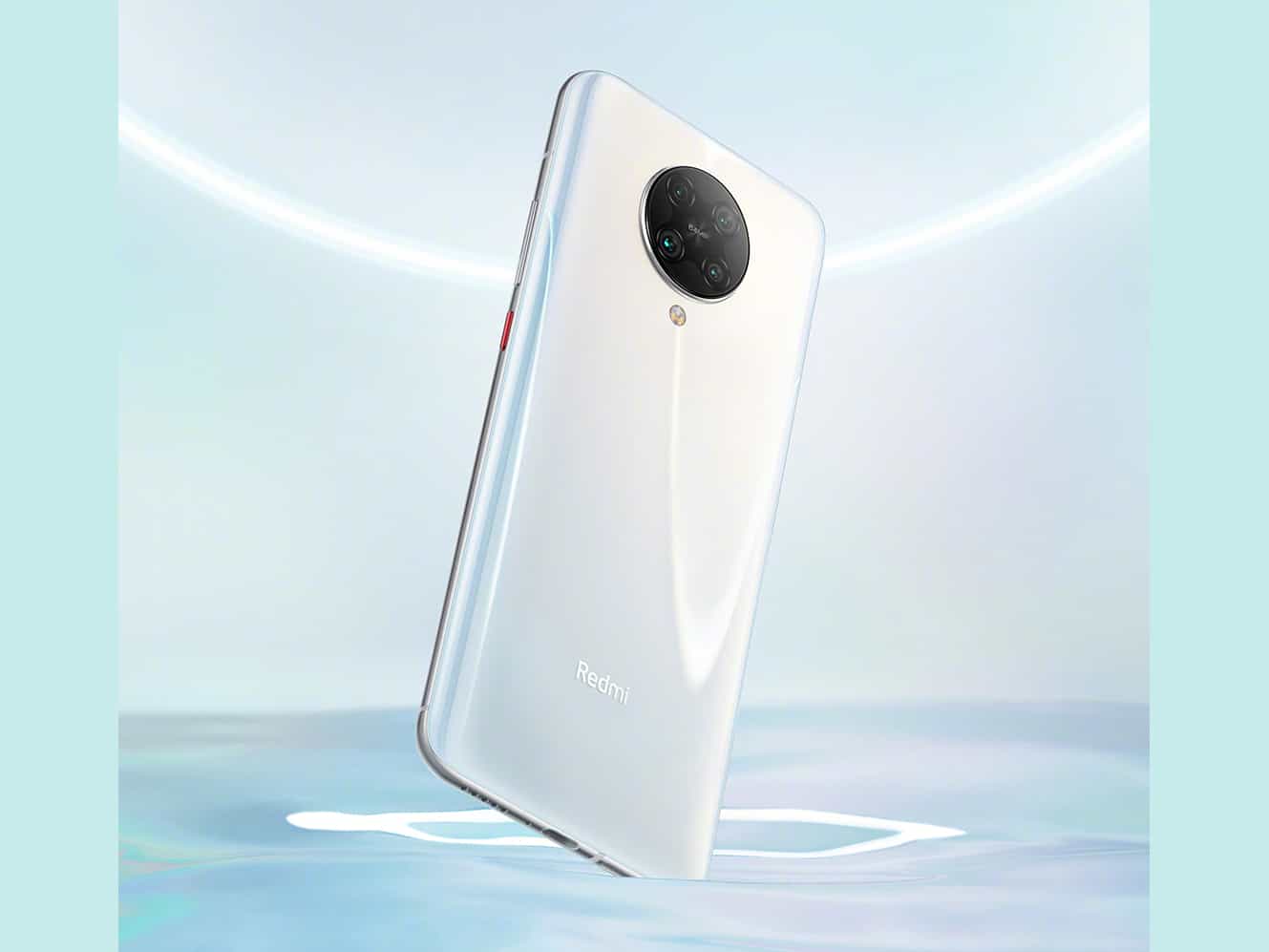 Redmi has just posted a new render of the K30 Pro, this time in white color. The company shared a blue-ish variant of the phone yesterday. Both of those renders are official images, and thus confirm the device's design (partially).

All you can see in this white render is the back side of the Redmi K30 Pro. The image confirms that the phone will be made out of metal and glass, and feature four cameras on the back. 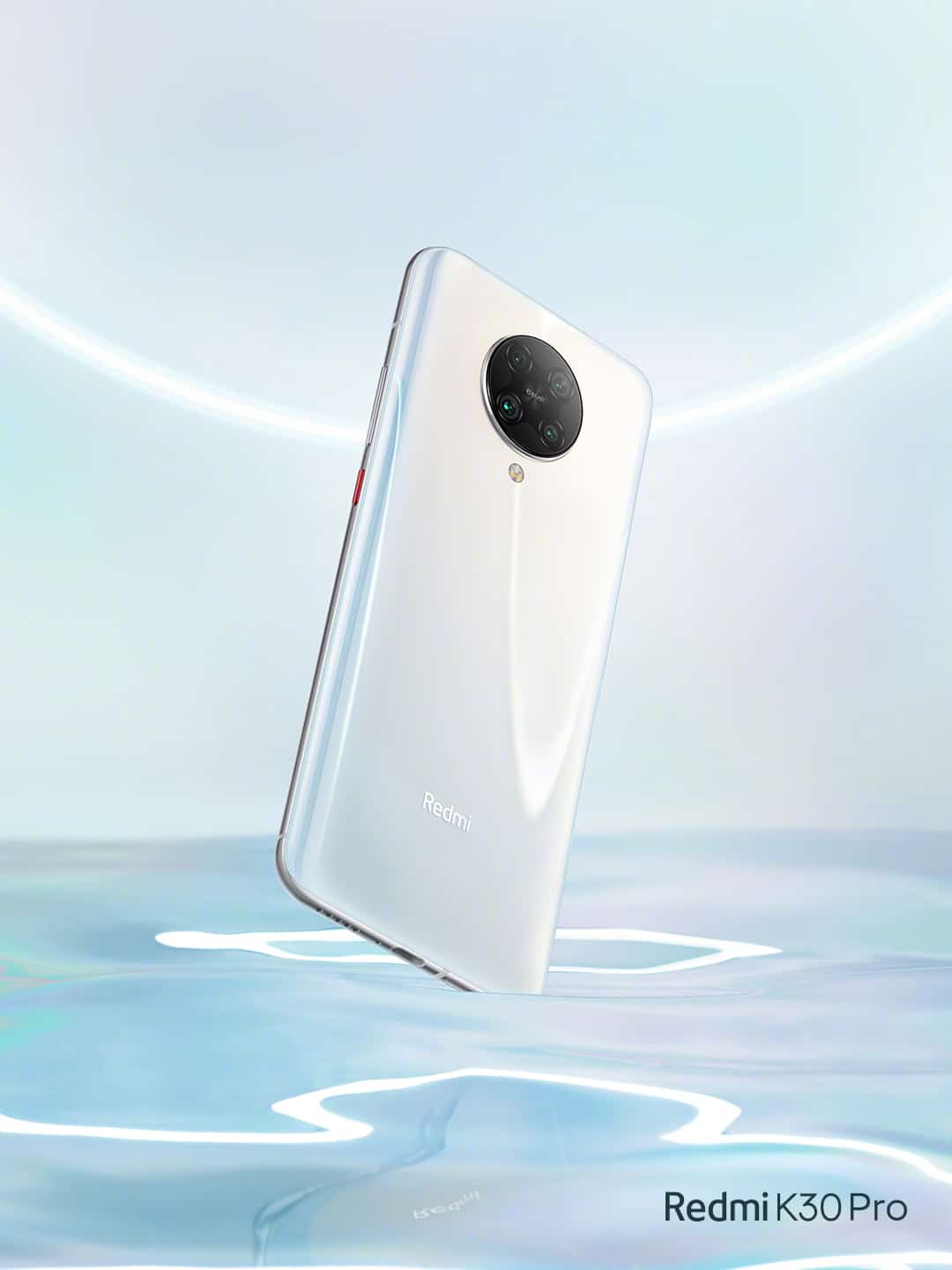 Those four cameras will be separated into two rows, with two cameras in each row. They'll all be a part of a circular camera module that will protrude on the back. An LED flash sits right below those cameras.

Redmi's logo is also placed on the back of this phone, while the back side is curved. This image also reveals the phone's physical buttons. All of them will be placed on the right, and the power / lock key will have a different color, red in this case.

You can also take a peek at the bottom of the phone. The device will include a Type-C USB port there, along with its main speaker, as you can see its speaker grilles.

The image that surfaced yesterday also allowed you to take a look at the phone's 3.5mm headphone jack. That port will be included at the very top of the device, along with a pop-up selfie camera.

This image doesn't show it, but the phone will not include a display notch or a display hole. It will have a similar design to the Redmi K20 (Pro) from the front, but its bezels will be slightly thinner.

Both LPDDR5 and UFS 3.1 will be included in the package

In addition to this render, Redmi also confirmed something else. The company has shared two separate posters via Weibo. The first poster confirms that LPDDR5 RAM will be included in the phone, as well as UFS 3.1 flash storage. The other poster puts focus solely on UFS 3.1.

These are the newest, and best iterations of RAM and storage available for smartphones. So, it's a great thing that Redmi opted to utilize both, rather than relying on older components.

The company also mentioned the Snapdragon 865 in one of those posters, but that's something that was confirmed earlier. UFS 3.1 is a considerable improvement in terms of speed in comparison with UFS 2.1, and it even has an edge over UFS 3.0.