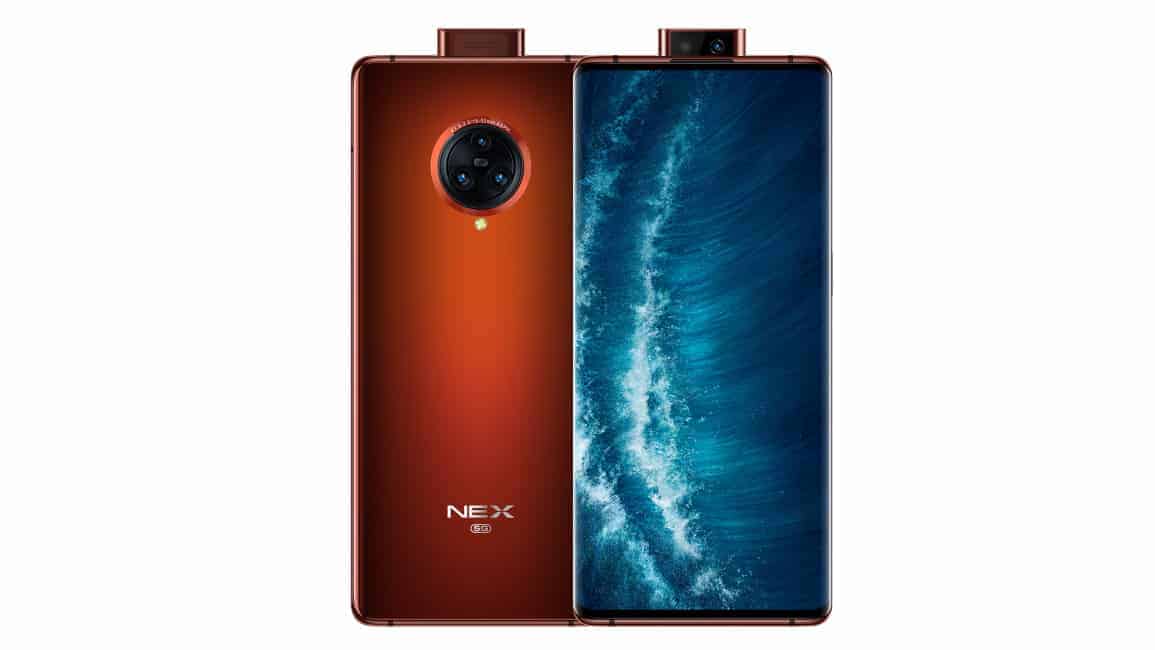 Vivo has just announced its new flagship smartphone, the NEX 3S 5G. The device got announced in China, and it has plenty to offer, that's for sure.

The Vivo NEX 3S 5G comes with extremely thin bezels, and a waterfall display, as you can see. The device's top and bottom bezels are proportional, and the phone also included a pop-up selfie camera.

That camera includes an additional sensor on the side, which is why it's wider than your regular pop-up selfie camera modules. This camera module is centered at the top of the display, as it pops up right above the earpiece.

The phone is made out of metal and glass, and truth be said, it even looks slippery in the provided renders. That's not surprising for today's flagships, though.

The phone is fueled by the Snapdragon 865 64-bit octa-core processor, and it comes in both 8GB and 12GB RAM variants. We're looking at LPDDR5 RAM here. The 8GB RAM variant comes with either 128GB or 256GB of UFS 3.1 flash storage. The 12GB RAM option is available with 512GB of UFS 3.1 storage.

The phone includes two SIM card slots, and ships with Android 10 out of the box. On top of Google's OS, you'll also find Vivo's Funtouch OS 10.

A 4,500mAh battery is also included here, and it supports 44W ultra-fast charging. Wireless charging has not been mentioned, so the device probably does not support it.

A 64-megapixel camera is leading the pack on the back

A 16-megapixel pop-up front-facing camera (f/2.09 aperture) is also included in this package. The device features an in-display fingerprint scanner of an optical variety.

Vivo introduced the device in Black, Blue, and Red color variants. The phone's pricing starts at CNY4,998 ($719) in China, and it will go on sale on March 14. This phone will probably reach many other markets in the near future.