In 2020 the US has been ranked the number two market globally for mobile game revenue. Being surpassed only by China.

A new report notes that players in the US will have spent around $10.1 billion on mobile games by the end of the year. With China having spent almost double that at $19.9 billion.

The number three, four and five spots for mobile game revenue are Japan, South Korea, and the UK in that order. Actual figures amount to $6.4 billion, $2.2 billion, and $1.4 billion.

To put things into perspective, China's projected spending on mobile games is close to 40-percent of the overall amount. Not just between the top five countries but globally. Showcasing that China's appetite for mobile games is large. 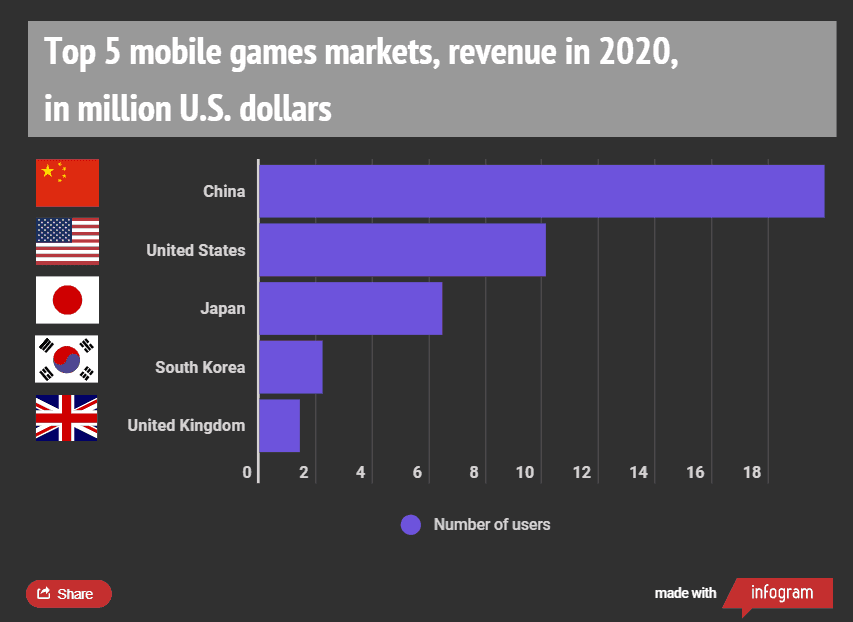 There isn't a set of figures for the current amount that regions are spending. There is however a projected total revenue for global spending on mobile games by the end of the year.

That number will reach around $52 billion. Which is a 6.2-percent increase compared the total revenue from 2019. Mobile games are also expected to continue making money at this increased rate over the next four years.

By 2024, mobile games are expected to make around $56.6 billion. At the tail end of last year and so far this year, mobile games like Call of Duty Mobile, PUBG MOBILE, and Mario Kart Tour have contributed heavily to the money made.

With Call of Duty Mobile and Mario Kart Tour in particular, it's due in large part to the massive amount of downloads early on.

Spending on mobile games increased about 6.6-percent each year since 2017 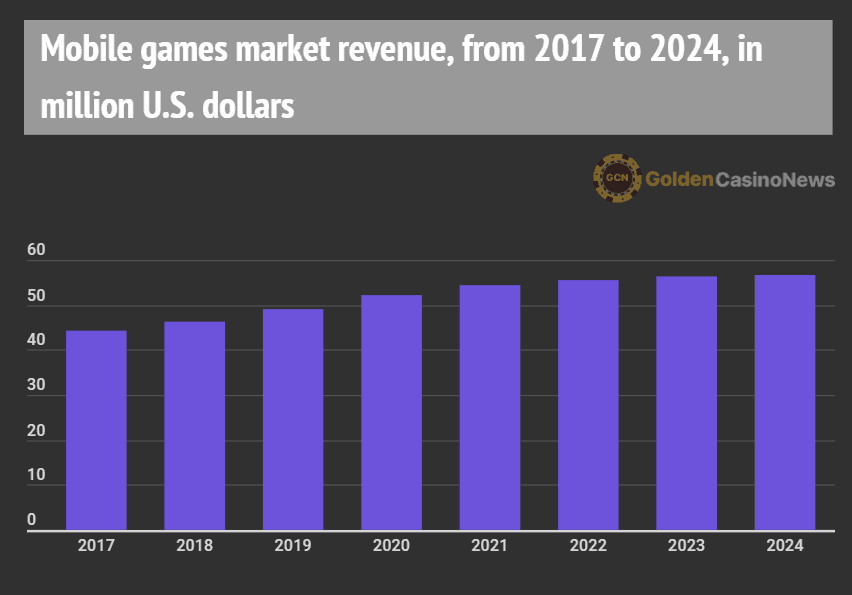 This continued upward trend of mobile game spending didn't just start last year. It's actually been increasing quite a bit for the last few years.

Compared to the expected revenue jump from 2022 to 2023, which is a $0.71 billion increase, this is a pretty small change. This suggests that the spending may end up slowing down by then. Though this could always change as 2024 gets closer.

One thing is clear and it's that mobile games are and likely will stay an increasingly popular and lucrative gaming platform.