Huawei has made the Huawei Watch GT 2e official and it comes with 100 different workout modes among its laundry list of features.

In the world of wearables, smartwatches in particular, Huawei has made some of the best options in regards to smartwatches that work with Android smartphones. The Huawei Watch GT 2e is the latest offering in the official lineup from the brand.

Though it has plenty of features on offer, the 100 different workout modes might be one of its best. This makes it as simple as possible to track whatever workout you’re doing without having to input the data yourself.

The watch will instead be able to recognize the workout that’s being completed and begin tracking automatically. So long as the workout you’re doing is one of the 100 that the watch knows to look for.

Wondering when you can get your hands on the new Huawei Watch GT 2e? You won’t have to wait more than a few weeks.

You can actually pre-order the smartwatch right now and all the way up until April 14. Huawei will put the device on sale officially the very next day on April 15. Though keep in mind that it will only be available from specific retailers in the UK and in Europe, among other countries, the US not being one of them.

When it does go on sale it will retail at a starting price of £159.99. In European countries where the watch will be sold it will start a retail price of 199€. 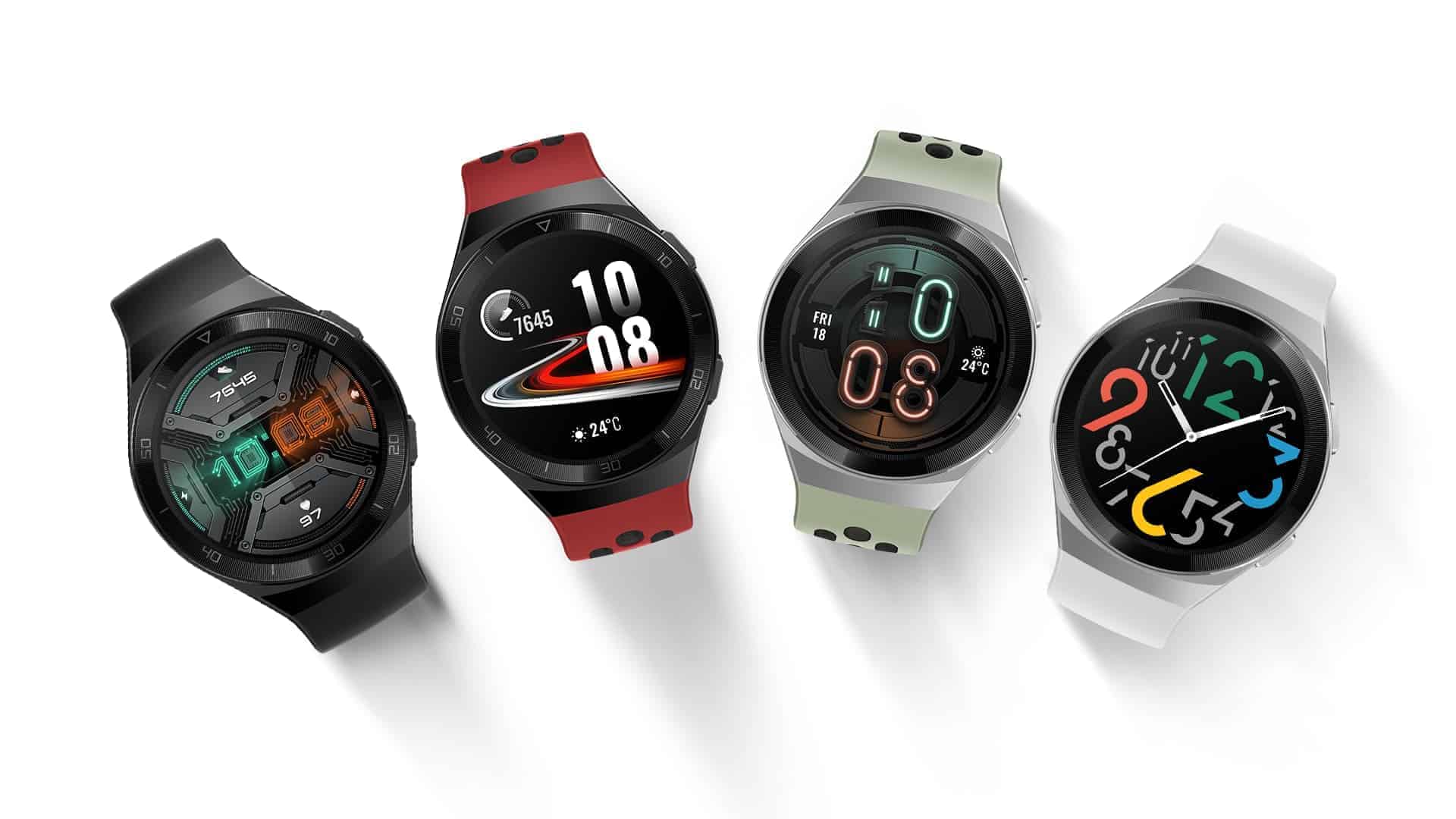 Huawei has never been one to shy away from multiple colorways of its devices. The same is true with the Huawei Watch GT 2e.

Once it launches you can choose from either Black, White, Mint Green, or Lava Red models. The watch comes with a 1.39-inch AMOLED display and as a first for the watches that Huawei has put out, a Blood Oxygen Saturation monitoring feature.

Huawei does state though that this particular feature is limited to certain countries based on local laws and regulations. It also doesn’t work with iOS devices which means you will only get this function if you’re pairing it with an Android smartphone.

The watch is said to come with a battery life that lasts up to two weeks. Which is quite a bit longer than Wear OS smartwatches are generally going to give you. Some factors likely play into this of course, like which apps on the watch you’re using for one, but a long-lasting battery life is definitely a feature that most consumers will appreciate.