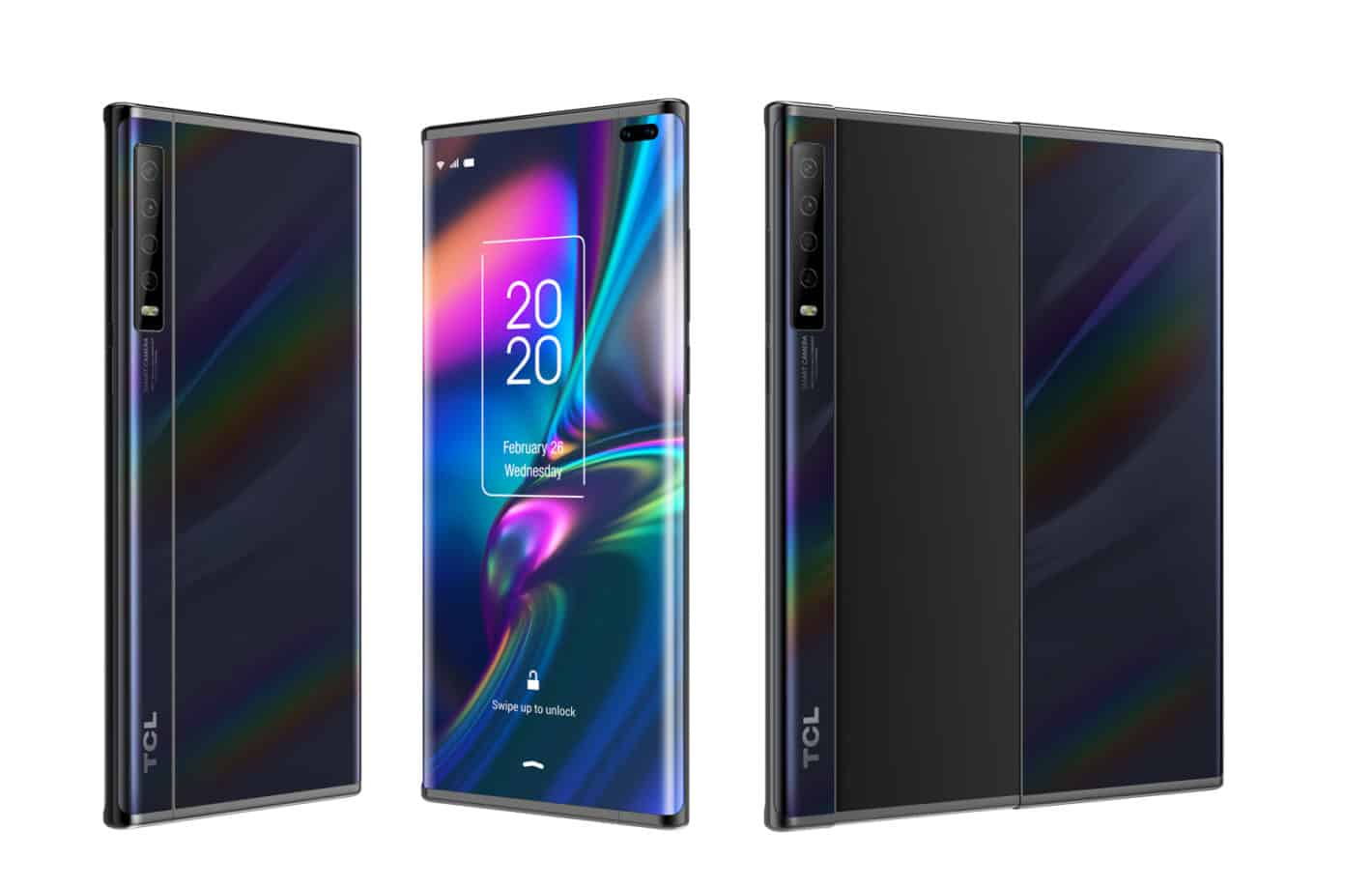 TCL just announced its latest advancements in foldable and flexible displays, including a new rollable display.

These concepts were supposed to be shown off at Mobile World Congress in Barcelona last month, but the trade show ended up getting cancelled over Coronavirus concerns.

There are two concepts that TCL is showing. There's a rollable display, that was leaked last month, and got everyone's attention, and TCL also has a tri-fold smartphone concept.

TCL has basically taken LG's rollable TV – the LG SIGNATURE OLED TV R – and made it into a smartphone. Which sounds cool on paper, and in concept videos, but we'll have to see how well this holds up in the real world.

This rollable smartphone comes in at about 9mm thick,  and uses a rollable AMOLED display. At the press of a button, internal motors will unroll the display, taking it from a 6.75-inch display to a 7.8-inch display.

By going the rollable route, TCL is able to have a large smartphone turn into a small tablet, without having any creases in the display. One of the main complaints with the other foldable smartphones on the market today. This is thanks to the larger axis and the rolled display. When the extended display is not in use, a motor-driven sliding panel utilizes advanced mechanics to conceal the flexible display.

As you'd expect, there is no pricing or availability from TCL on this concept, in fact there isn't even a real name for this one. It's just referred to as "TCL's rollable extendable display smartphone concept."

This tri-fold concept takes a 6.65-inch smartphone and turns it into a 10-inch tablet. When folded, the smartphone has a 20.8:9 aspect ratio, just below the cinema ratio of 21:9. And it also has a 3K resolution. What's interesting here, is that you can also unfold it so that you are using two panels, instead of the full 10-inch form factor. That will feel somewhat awkward in the hand, but it does give users a few other options here.

And of course, it supports 5G.

This concept was made from the success of the company's DragonHinge and ButterflyHinge that was shown off last year. it is also the first large screen tablet to leverage dual hinges and folds to achieve this type of design and portability. Just imagine being able to fold up a 10-inch tablet and fit it in your pocket? Though, if we've learned anything from the Galaxy Fold, this is going to be a thick and heavy smartphone.

However, at this time TCL has not announced pricing or availability for this device. Since it is a concept, there is the reality that it might never go on sale. That is somewhat of a good thing, customers don't want a half-baked product, especially at the prices that foldable phones cost.