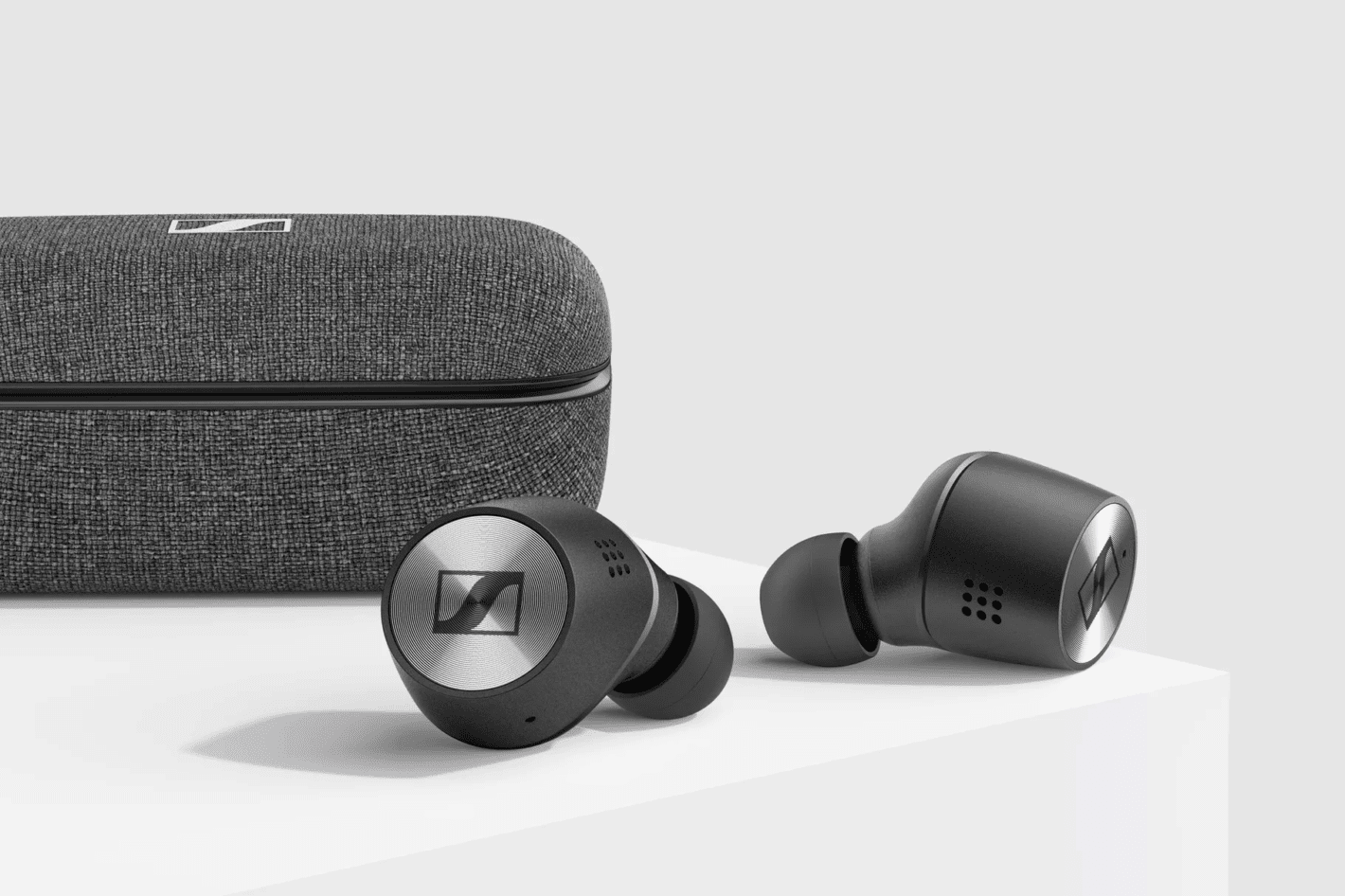 These earbuds don't come cheap, at $299. But they do offer some really good sounding audio. We're talking about some deep bass as well as some crystal clear mids and highs. This is Sennheiser, so you should expect some really good audio quality from these. In addition to that, there is also active noise cancellation here, something that most truly wireless headphones don't offer.

The Sennheiser Momentum True Wireless 2 also offer some seriously better battery life. We're looking at seven hours of continuous playback on this newer model. Sennheiser has also said that it has fixed the issue where the battery was draining, unexpectedly.

This was done by switching to a newer Bluetooth chip. Sennheiser was also able to make the Momentum True Wireless 2 even smaller than the predecessor, by about 2mm. That doesn't seem like a lot, but considering the better battery life, it is impressive.

These also support all of the usual standards, like Bluetooth 5.1, AAC, and AptX. It also offers IPX4 for water resistance. This makes these great for using in the gym, as your sweat won't kill the headphones. Just don't take them into the shower or the pool, as these are not waterproof, just resistant.

Thanks to using Bluetooth 5.1 and advanced beamforming  technology with the new microphones, Sennheiser was also able to improve the active noise cancellation here. Allowing you to really zone out into your music.

With the announcement of the new Momentum True Wireless 2 earbuds, the originals now drop to $199. That's $100 off the original price.

These are still somewhat expensive, and if you can get over the battery draining pretty quickly, then these are a great pick up. And you can still grab them from Amazon, and used ones are even cheaper. The advancements in ANC isn't a big deal, especially considering most other truly wireless earbuds are not support active noise cancellation.