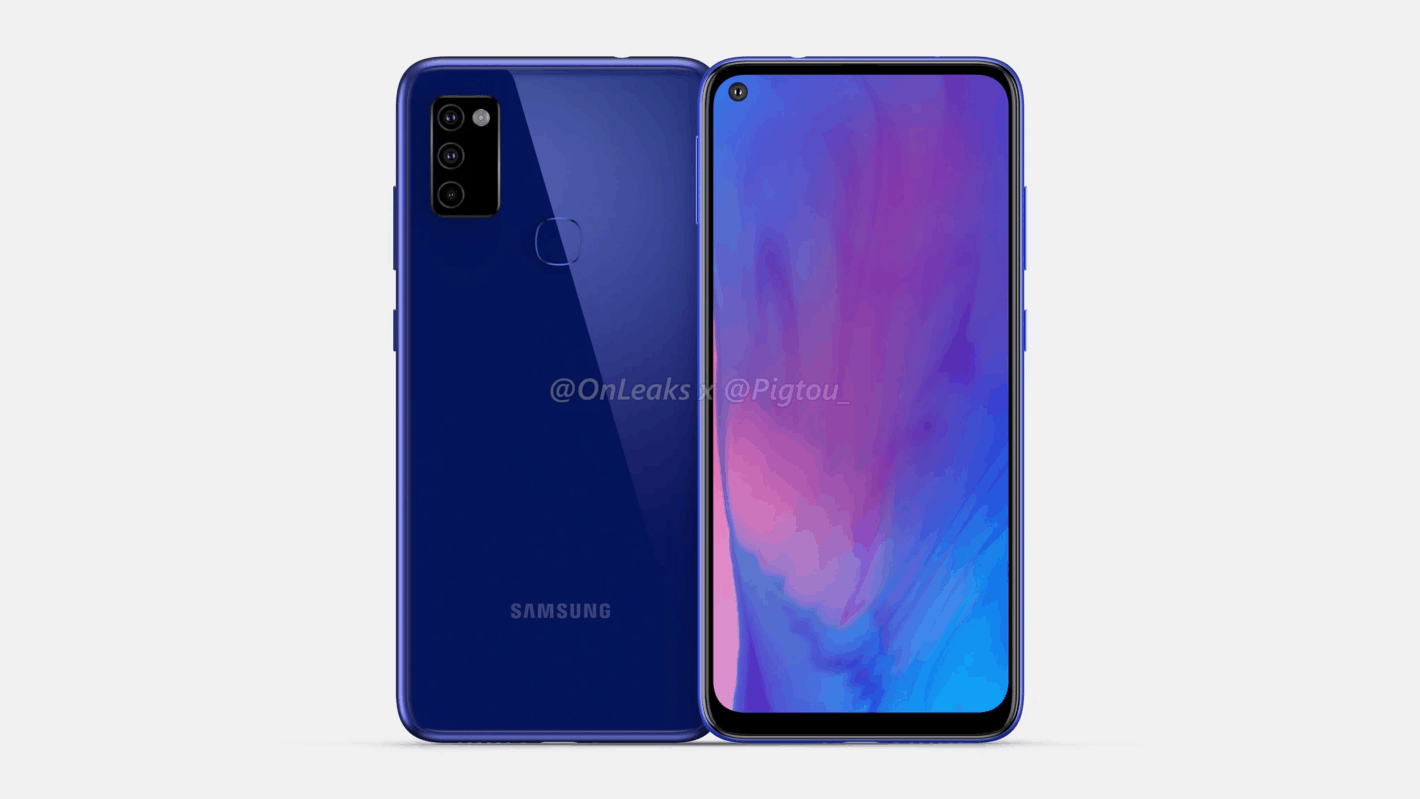 The next entry in Samsung's affordable Galaxy M series of smartphones will likely be the Galaxy M51. Prolific leaker OnLeaks has teamed up with Pigtou to bring the first CAD-based renders of this unannounced Samsung device.

The sources behind these renders say this phone is the successor to last year's Galaxy M40. And while they seem fairly confident it will be called the Galaxy M51, they aren't totally ruling out the Galaxy M41 moniker either. To recall, there was no Galaxy M50 last year.

The Samsung Galaxy M51, or whatever this device will be called, reportedly features a 6.5-inch flat Infinity-O display with a punch-hole cutout on the top left corner housing the front-facing camera. That's 0.2-inch bigger than the Galaxy M40's Full HD+ (1080×2340 pixels) 19:9 Infinity-O panel. The new device will likely retain the rest of the display specs, though.

This device has dimensions of 162.6 x 77.5 x 8.5mm, 9.5mm including the camera bump on the back. The side bezels are fairly smaller for a budget phone, but the chin still looks bigger.

Talking about the camera bump on the back, it houses a vertically-stacked triple camera setup with an LED flash. The camera specs remain unknown but the setup most likely includes an ultra-wide camera and a macro or depth sensor along with the primary camera. There's also a capacitive fingerprint sensor on the back.

This device is expected to run on the Snapdragon 720G or Snapdragon 662 chipset. 6GB of RAM and 128GB of storage should be the standard. The Galaxy M40 featured the Snapdragon 675 SoC with a similar memory configuration.

If you pay close attention to the leaked Galaxy M51 renders, you'll notice that this device features two sets of volume controllers. There's the usual set of volume rockers on the right side just above the power button. However, there's one more similar setup on the left.

Now before we question the legitimacy of these renders, OnLeaks has clarified that it's a mistake and the second setup on the left is actually the SIM tray. That said, there's one more reason to be skeptical about these renders.

The Galaxy M40 didn't feature a 3.5mm headphone jack but it's successor apparently does. And while it's not impossible for Samsung to track back on its decision, it still seems highly unusual.

Samsung is on the spree of putting huge batteries on its budget and mid-range phones. The Galaxy M40, despite having a 3,500mAh battery, lacked a headphone jack. With at least 5,000mAh expected on the M51/M41, it might be difficult to find space for a 3.5mm headphone on it.

Other Galaxy M51/M41 details include a USB Type-C port at the bottom, flanked by a speaker and a microphone. Although a lot of its specs remain a mystery as of now, this device is expected to be in the $250-300 price range.

There's no word yet on when Samsung may launch this Galaxy M40 successor. The report says the device has gone into production a few weeks ago, so expect more details to emerge soon.