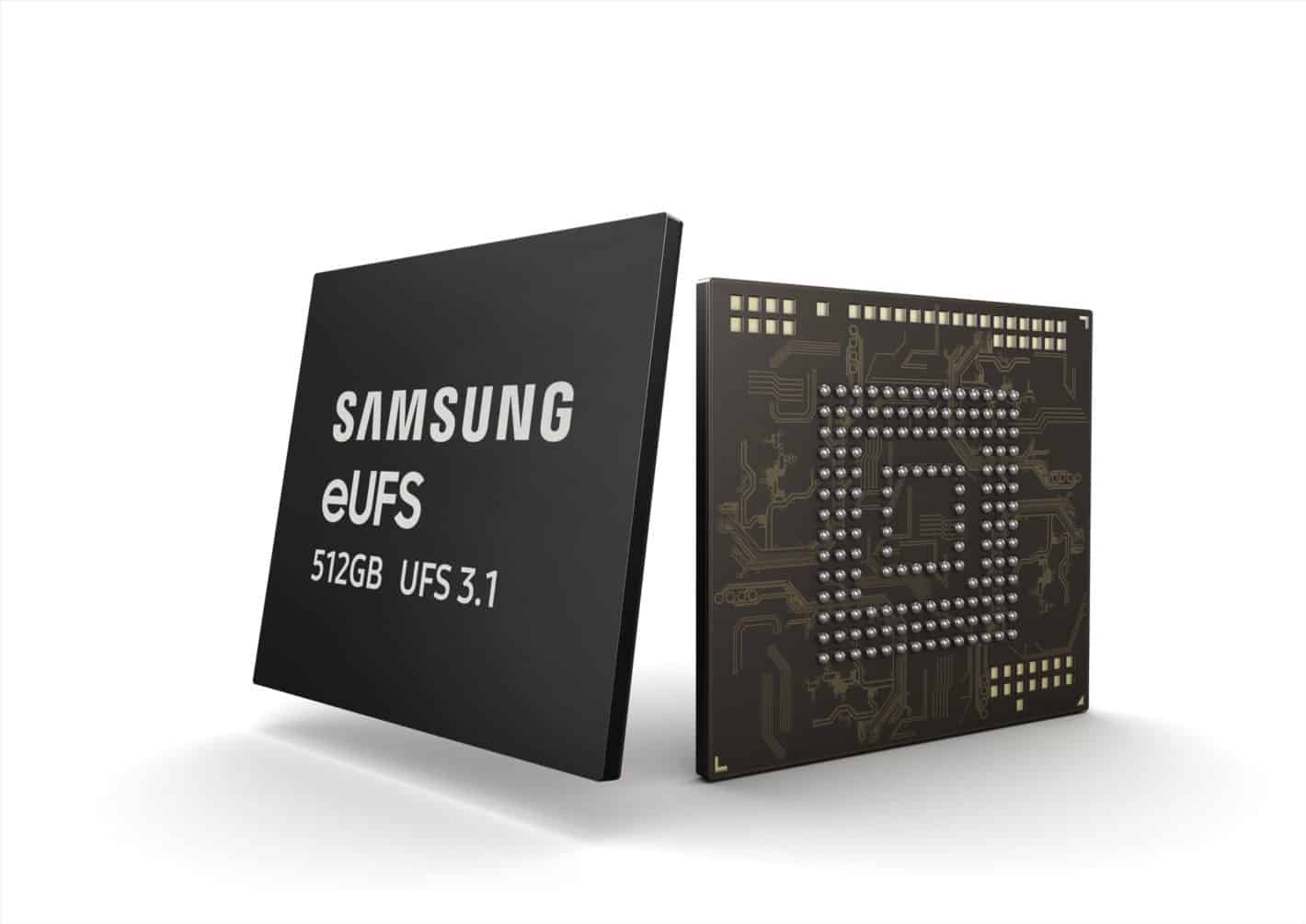 Samsung has now started the mass production of the world’s first 512GB eUFS (embedded Universal Flash Storage) 3.1. It is meant for flagship smartphones and will offer considerable improvements over the older 512GB eUFS 3.0 mobile memory,

The 512GB eUFS 3.1 will deliver three times the write speeds of the previous mobile memory, breaking the 1GB/s performance threshold.

The new storage provides a sequential write speed of over 1,200MB/s, which is double the speed offered by a SATA-based PC. The difference is even more paramount when compared to a UHS-I microSD card, with a speed bump of over ten times.

512GB eUFS 3.1 will make it possible to store large files without buffering

As for what this means for real-life experiences, there is plenty to look forward to. With the new memory, consumers will be able to enjoy the speed of an ultra-slim laptop on their premium phones. It will be possible to save large files such as 8K videos and heavy pictures without buffering of any sort.

Samsung also claims that it will be a loss let time-consuming to move content between two devices. Handsets equipped with the 512GB eUFS 3.1 will just take around 1.5 minutes to transfer 100GB of data. In comparison, phones with UFS 3.0 require more than four minutes for the same task.

Other than the 512GB variant, the South Korean giant also plans to launch 256GB and 128GB options for flagships later this year.

As for which phone will be the first one to feature 512GB eUFS 3.1, it could end up being Samsung’s own upcoming Galaxy Note 20. Another candidate is the Galaxy Fold successor. It will likely arrive in the second half of 2020.

The production plans can be disrupted because of the novel coronavirus

With all said, the coronavirus pandemic can surely disrupt the plans. Samsung had previously shut down its facility in Gumi, South Korea temporarily after an employee tested positive for the virus.

Compared to other countries, South Korea did a remarkably better job of slowing down the epidemic. Even though this sounds assuring, there is a threat of resurgence.

And even if the country is able to contain the virus, other problems loom ahead. For instance, analysts believe that the sale of smartphones will take a hit because of the outbreak.

So, overall, the situation is quite uncertain. And thus, it will be interesting to see if Samsung is able to stick to the production schedule for its embedded storage memory lineup.