Skip to content
Advertisement
Trusted By Millions
Independent, Expert Android News You Can Trust, Since 2010
Publishing More Android Than Anyone Else
11
Today
109
This Week
757
This Month
757
This Year
118597
All Time
Advertisement

The Redmi Note 9 Pro colors and variants have just been revealed, while a real-life image of the phone also surfaced. Before we get down to it, do note that the Redmi Note 9 series is coming on March 12.

The Redmi Note 9 Pro is expected to launch alongside the Redmi Note 9. So, the company will probably launch at least two variants of the Note 9 series.

Do note that these variants are the ones that will be announced in India. Chances are that the very same variant will ship to other markets as well, including Europe.

The source claims that the phone will arrive in Aurora Blue, Glacier White, and Interstellar Black colors. One of those colors did surface in a real-life image, in an image below this paragraph, you can check out the Aurora Blue Redmi Note 9 Pro. 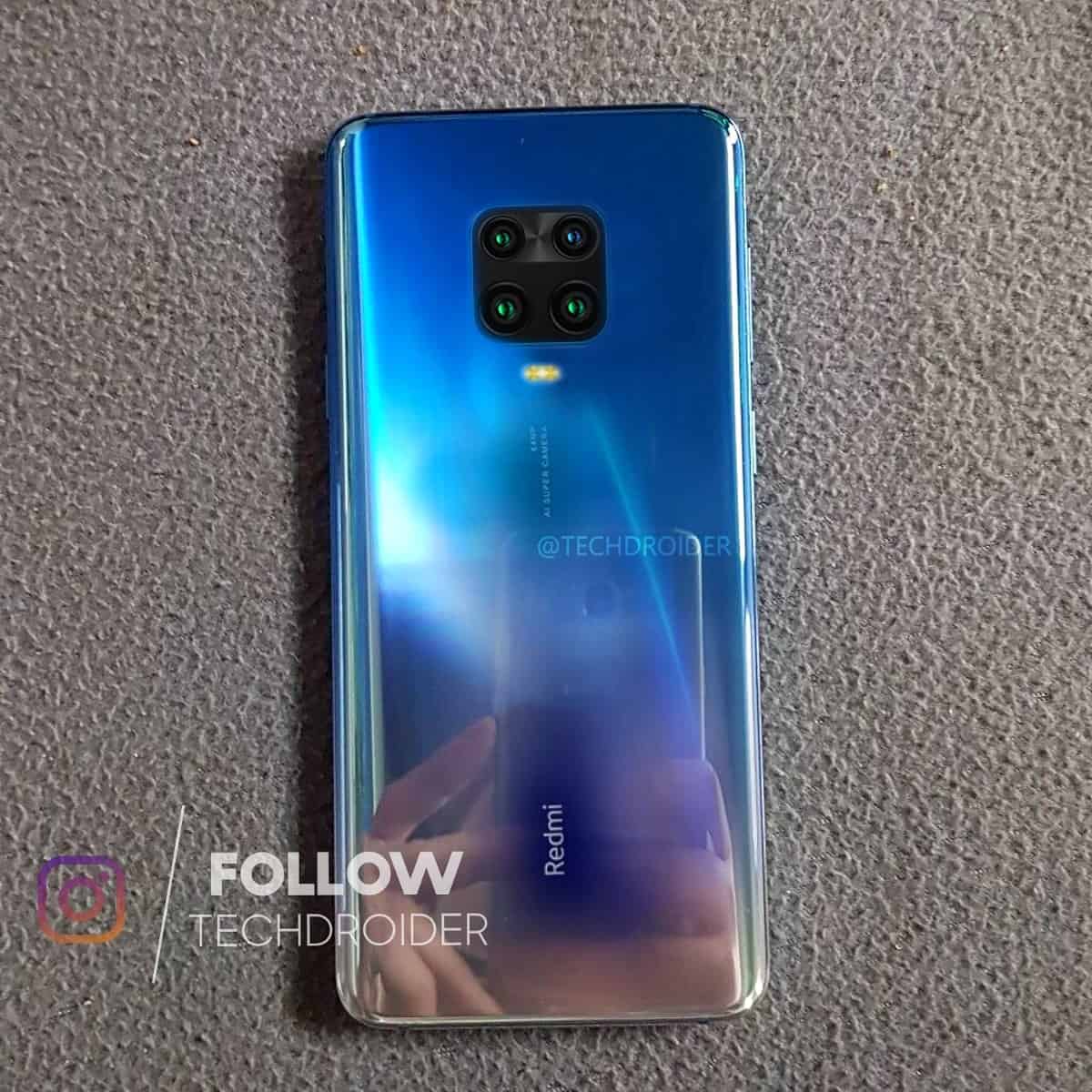 As you can see, the device will include four cameras on the back, as the company suggested in its teaser. Those cameras will be grouped by two in a row, and will be a part of a square camera module.

The phone is also rumored to include a display camera hole in the top-left corner of its display. Its bezels should be fairly thin, though nothing has been confirmed just yet.

The phone’s Geekbench listing did reveal that it will ship with an octa-core processor by Qualcomm. That will probably be the Snapdragon 720G SoC, Qualcomm’s mid-range offering.

Android 10 will come pre-installed on the phone, along with MIUI 11 skin by Xiaomi. The variant that surfaced on Geekbench sported 6GB of RAM, by the way.