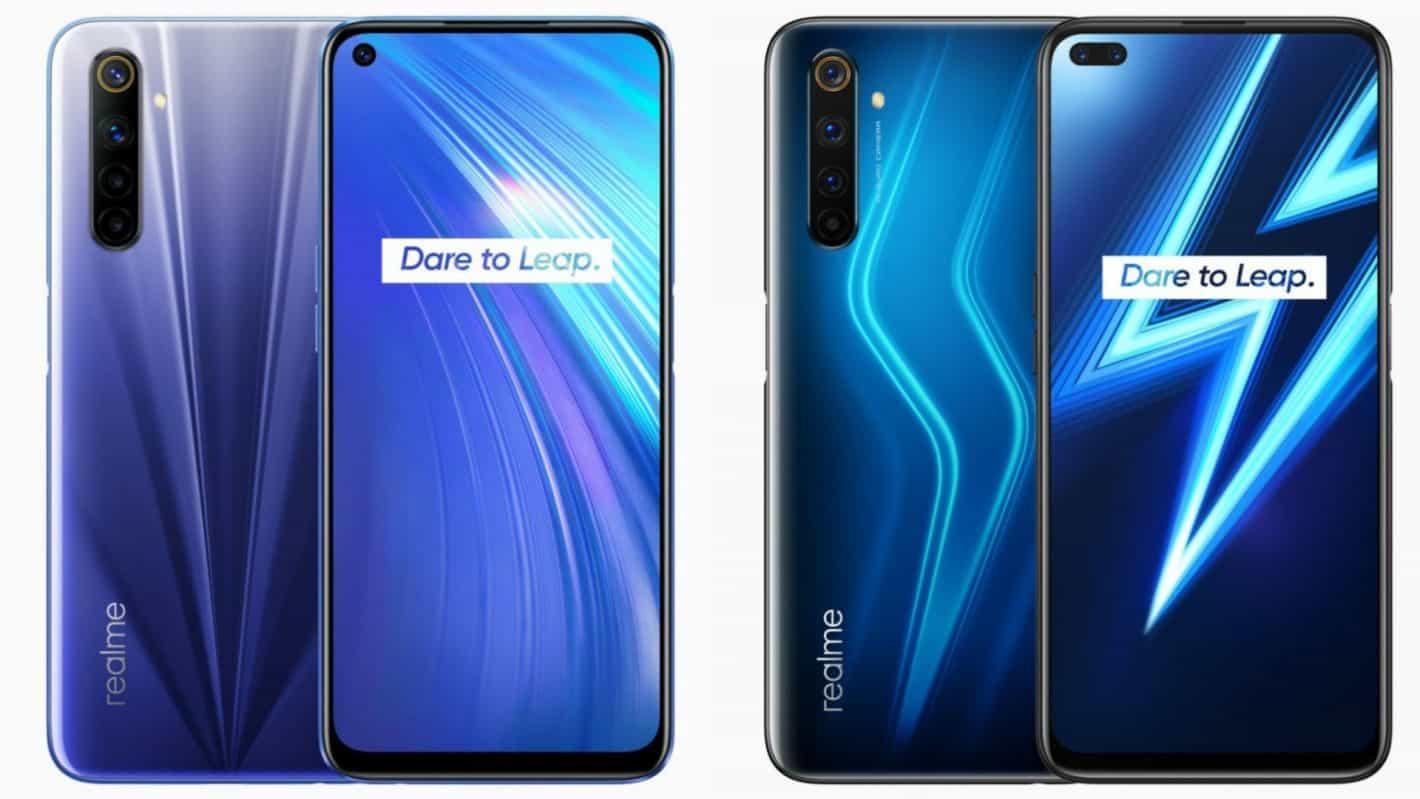 Following the announcement of the Realme X50 Pro flagship last month, Realme has just announced two budget offerings. The names of those devices are the Realme 6 and Realme 6 Pro.

The two phones have been announced in India, but they'll probably be coming in a number of other markets. These two phones do have some things in common, but they're not exactly identical, that goes for both their designs and specifications.

These are the company's latest budget offerings

Both phones are made out of metal and glass, and have fairly thin bezels. The thickest bezel is the one below the display on both phones. Both devices include a display camera hole, but the one on the Realme 6 looks much nicer.

The Realme 6 includes a single display hole in the top-left corner. The Realme 6 Pro, on the other hand, comes with a pill-shaped display camera hole in that very same place.

Both phones feature four cameras on the back, and those cameras are vertically-aligned. They are located in the top-left corner of the phone's back, and they do protrude a bit. Realme's logo is also visible on the back of both devices.

Now, considering that the two phones are not exactly identical in the spec department, we'll talk about that aspect separately. Let's kick things off with the Realme 6, a more affordable option.

The Realme 6 includes a smaller display, an inferior camera setup 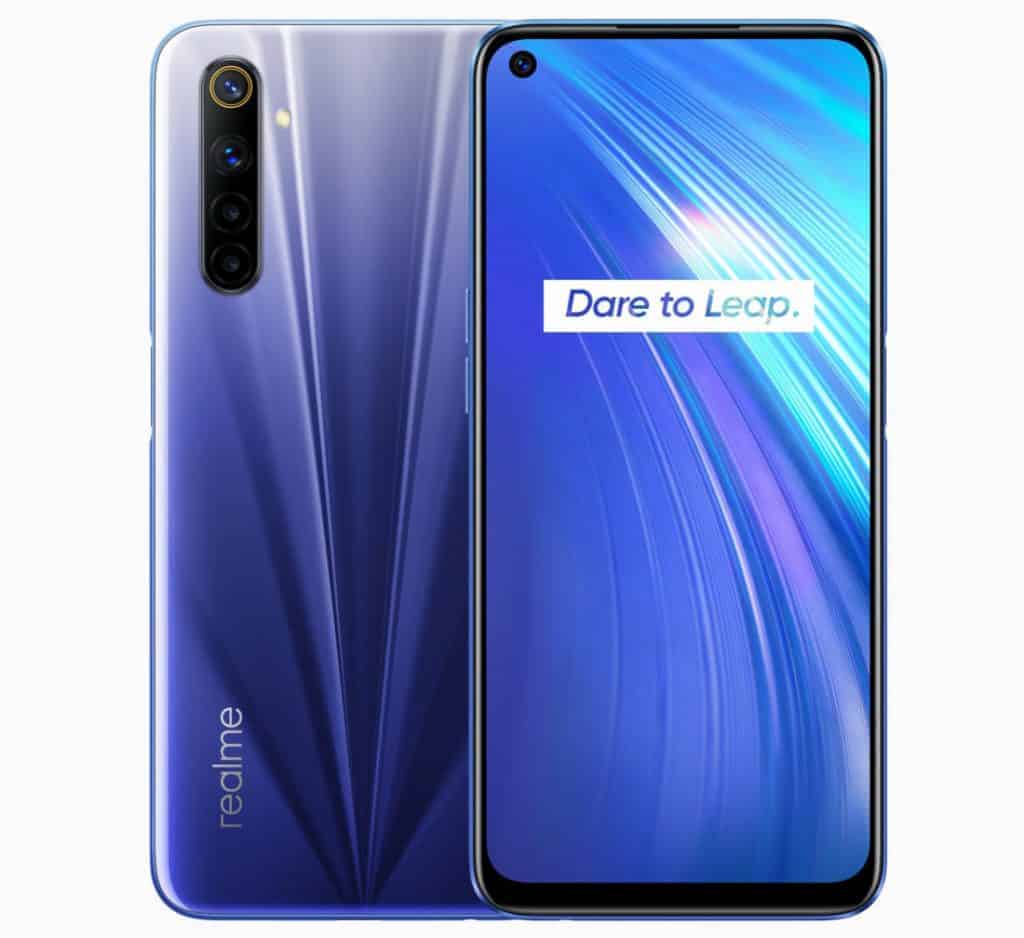 The MediaTek Helio G90T fuels this phone, this is MediaTek's newest mid-range processor. The device is equipped with 4GB / 6GB / 8GB of RAM and 64GB / 128GB of internal storage.

A 4,300mAh battery is included here, and it supports 30W VOOC Flash Charge fast wired charging. The phone includes two SIM card slots, and it comes with a 3.5mm headphone jack. Android 10 comes pre-installed. With realme UI 1.0 on top of it.

The Realme 6 Pro features the Snapdragon 720G, and up to 8GB of RAM 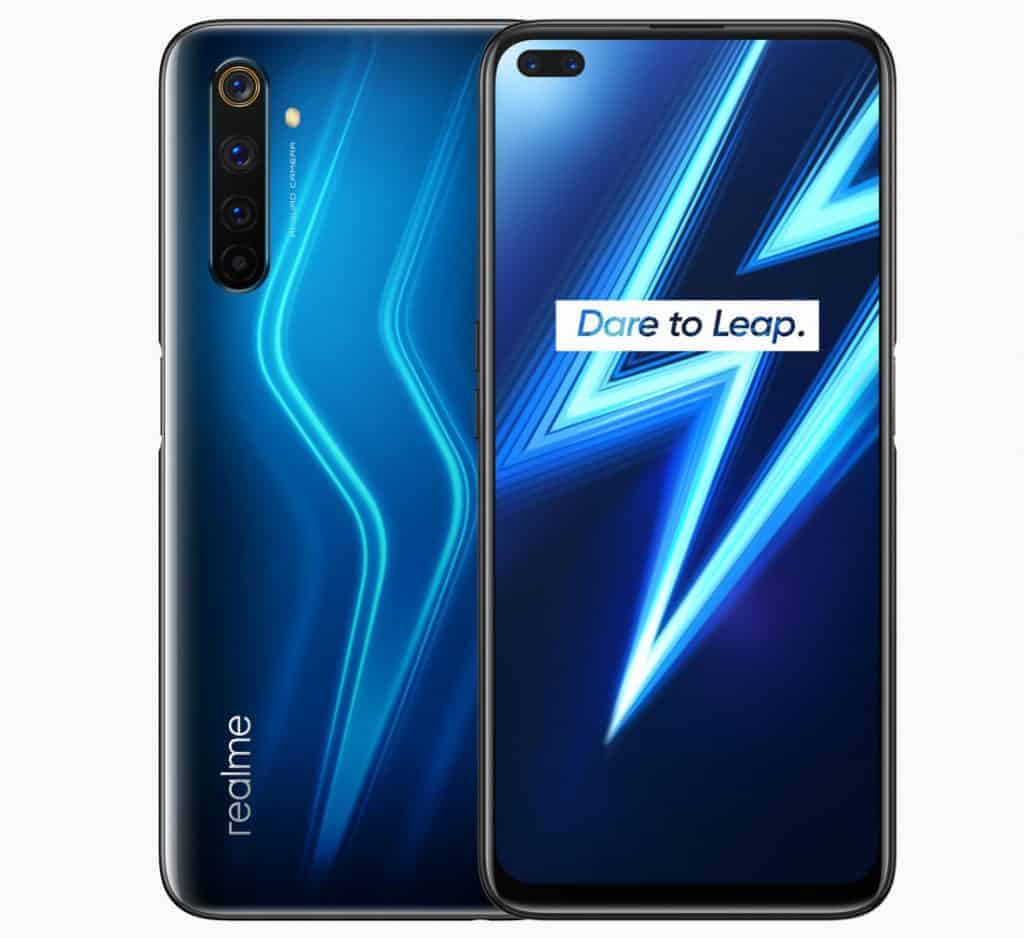 The Snapdragon 720G fuels the Realme 6 Pro, while the device comes in 6GB and 8GB RAM variants. The first model comes with 64GB of storage, while the second one includes 128GB of storage. You can expand the storage on both variants, by the way.

This phone also includes two SIM card slots, while it comes with the same battery and charging as its siblings. The same goes for the Android version, and realme UI version. Its camera setup is a bit different, though.

All camera sensors are the same on the back, except the mono one. Instead of a 2-megapixel mono camera, the Realme 6 Pro includes a 12-megapixel telephoto camera (20x zoom). On the front, the company included 16-megapixel (f/2.1 aperture, Sony's IMX1471 sensor) and 8-megapixel (105-degree ultra-wide lens, f/2.2 aperture) cameras.

This phone also comes with a 3.5mm headphone jack, and it has Dolby Atmos support. The Realme 6 Pro is a bit taller and wider than its siblings, which is not surprising considering that it comes with a larger display.

The pricing for the Realme 6 starts at Rs. 12,999 ($177) in India, while the pricing for the 'Pro' model starts at Rs. 16,999 ($232). In other words, both phones are quite affordable, and you'll see similar price tags in Europe as well, most probably. Realme did not share any information regarding the availability outside of India, but the two phones will almost certainly come to other markets as well.

UPDATE: Realme has confirmed that the two phones will go on sale in Europe and Southeast Asia "in the coming months".