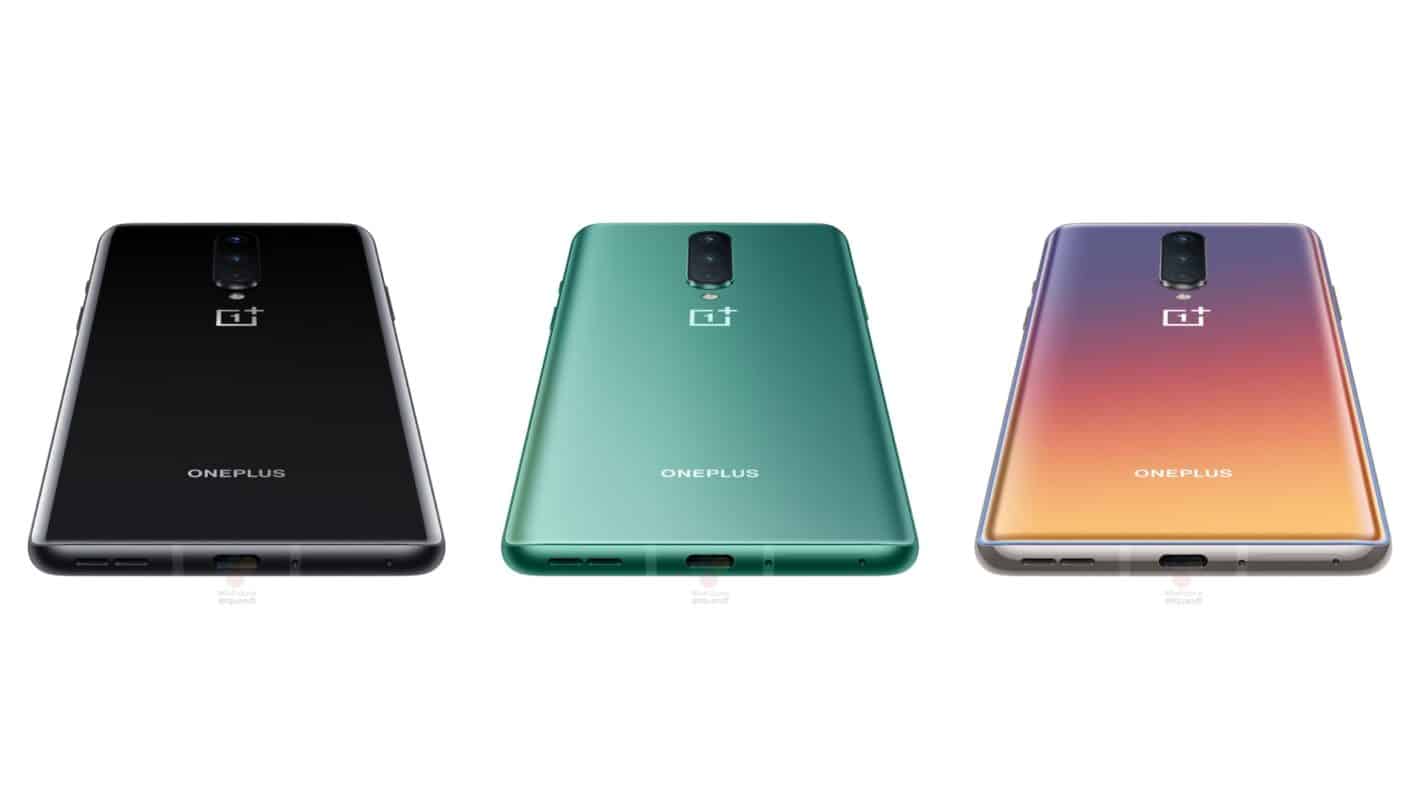 The OnePlus 8 has just surfaced in all three color variants. These renders have been shared by WinFuture.de, while Ishan Agarwal announced the names of these color options.

The OnePlus 8 is coming in three color variants, one of which is quite flashy

This color option is in-your-face, and kind of difficult not to notice. It's a gradient color option, which combines yellow, orange, red, and purple tones.

The Onyx Black is basically a black-colored handset, while the Glacier Green is also quite interesting. This is kind of pastelle-looking green color, and it looks really nice as well.

Many people will be happy OnePlus actually decided to add some color to its lineup. In the past, the company tended to overutilize black and gray colors. Many users complained about that, so, this is what we get this time around.

These renders shown off the design of the phone yet again. The device surfaced several times thus far, it even leaked from all angles not long ago. Before we get to it, it's worth stating that this will be the more affordable of the two flagships the company plans to announce.

The OnePlus 8 will become official alongside the OnePlus 8 Pro. Those two smartphones are expected to launch on April 15. OnePlus still did not confirm anything, but that information had been shared by a well-known tipster.

The OnePlus 8 will be made out of metal and glass. It will include really thin bezels, and a display camera hole in the top-left corner. The phone will be slightly smaller than the OnePlus 8 Pro, and it will include a curved display.

The device will feature three rear-facing cameras, and a 90Hz display

The OnePlus 8 will also sport three vertically-aligned cameras on the back, which will be centered. Those three cameras will protrude on the back, a bit, while an LED flash will sit below them. The company's logo and name will be imprinted on the back as well.

The back side of the device will be curved. This smartphone will feature a 6.55-inch fullHD+ OLED display with 90Hz refresh rate, if leaks are to be believed.

The phone will be fueled by the Snapdragon 865 64-bit octa-core SoC, and will support 5G connectivity. The OnePlus 8 will arrive in both 8GB and 12GB RAM variants, and it will support OnePlus' Warp Charge 30T fast wired charging.

Unlike its sibling, this phone will not support wireless charging. The device also will not be officially water and dust resistant, as it will not offer an IP rating. This smartphone will be more affordable than the 'Pro' variant, though, of course.