The OnePlus 8 and OnePlus 8 Pro are expected to arrive next month, and their specifications have just surfaced. This information comes from Ishan Agarwal, a well-known tipster, who is usually spot on when it comes to leaks.

That actually gives us some confidence that these OnePlus 8 series specifications are accurate. That being said, it seems like the ‘Pro’ model will be considerably more powerful than the regular one. Let’s kick things off with the OnePlus 8, though, shall we.

If you take a look at the image below this paragraph, you’ll be able to see the OnePlus 8 specs. The device will feature a 6.55-inch fullHD+ Super AMOLED display with 90Hz refresh rate. 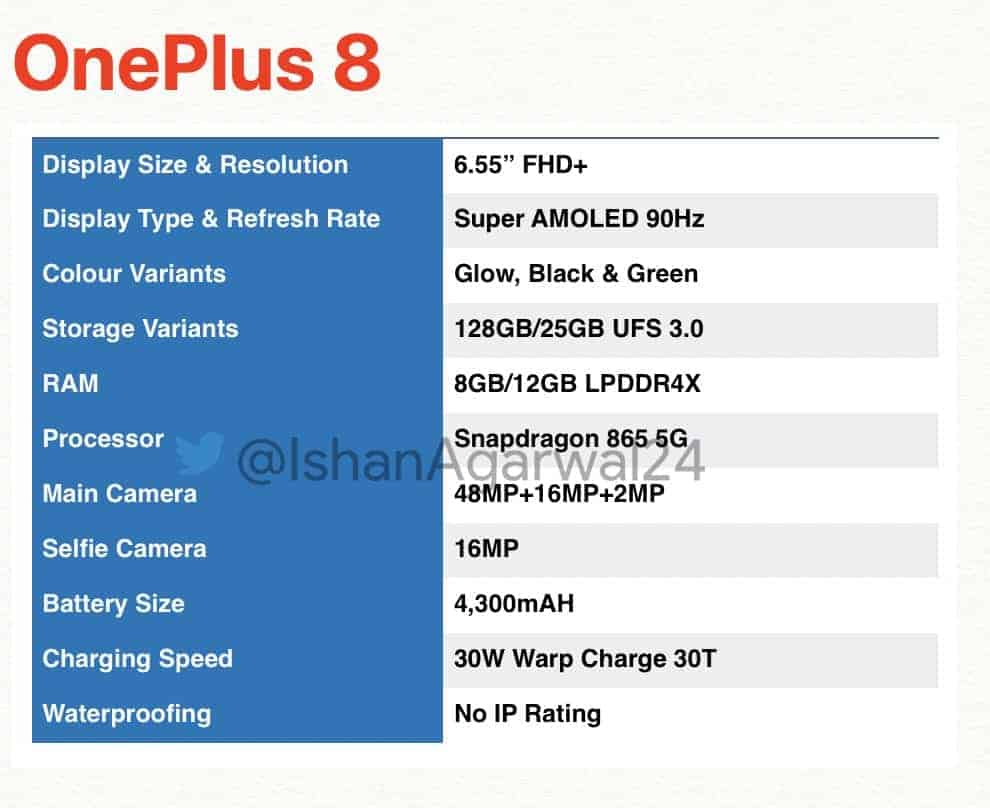 The phone will be fueled by the Snapdragon 865 and will support 5G connectivity. You’ll be able to choose between 8GB and 12GB RAM variants, though OnePlus will use LPDDR4X here, not LPDDR5 RAM. Those two variants will arrive with 128GB and 256GB of UFS 3.0 flash storage. We’re almost certain you won’t be able to expand that storage.

The device will include three cameras on the back, 48, 16, and 2-megapixel sensors. A single 16-megapixel camera will be included on the front. This model will not be IP-rated for water and dust resistance.

A 4,300mAh battery will be included in the package as well, and will support 30W Warp Charge 30T wired charging. The OnePlus 8 will not support wireless charging. The phone will arrive in Glow, Black, and Green color variants.

The ‘Pro’ variant will include a 120Hz display, IP68 rating, LPDDR5 RAM, and wireless charging

The OnePlus 8 Pro will be a whole different beast, however. Its specifications are listed in an image below this paragraph. As you can see, it will include a larger 6.78-inch QHD+ Super AMOLED display with 120Hz refresh rate. 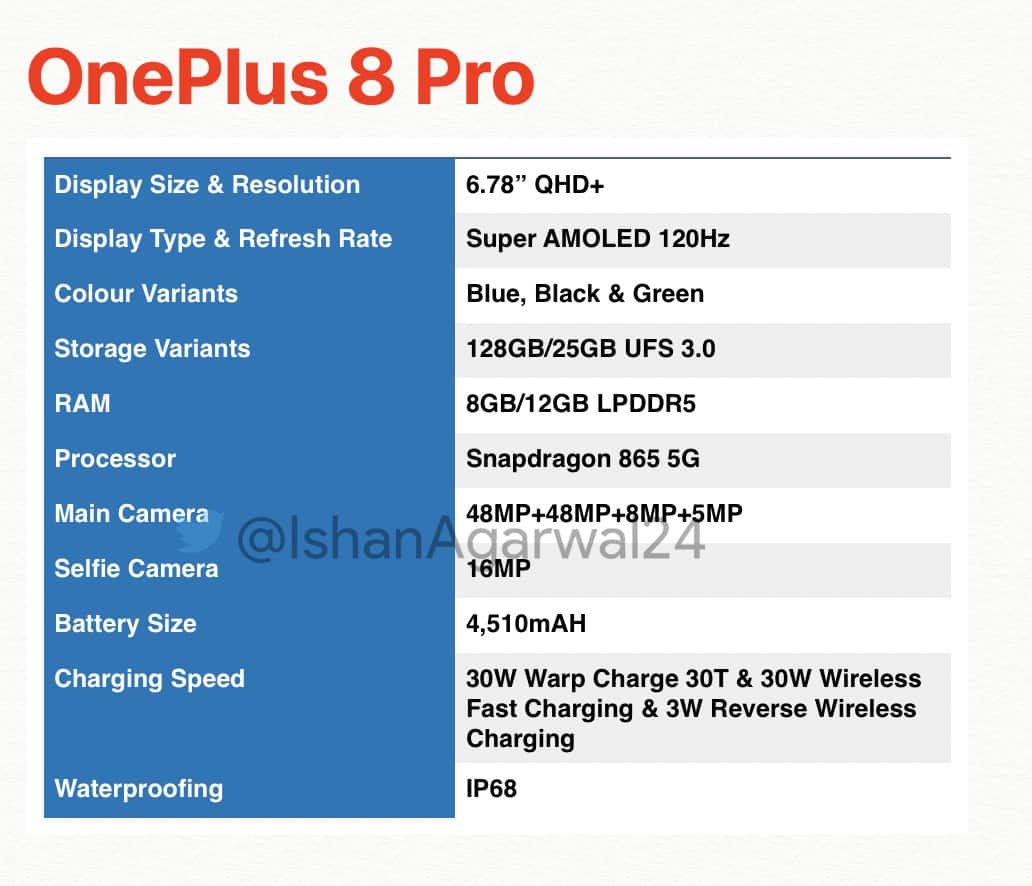 The device will be fueled by the Snapdragon 865 and will offer 5G connectivity. You will be able to choose between 8GB and 12GB RAM variants here as well, but this handset will include LPDDR5 RAM.

Those two models will ship with 128GB and 256GB of storage, respectively. This phone will be IP68-rated, which means it will officially be water and dust resistant.

The OnePlus 8 Pro will be available in three color variants as well, Blue, Black, and green. The source did not share price tags for either of these two smartphones.

The OnePlus 8 Pro will be the first OnePlus-branded smartphone ever to include IP rating and wireless charging. It will also be the first OnePlus phone to offer a 120Hz display. Both of these phones are expected to arrive in mid-April, probably on April 15.