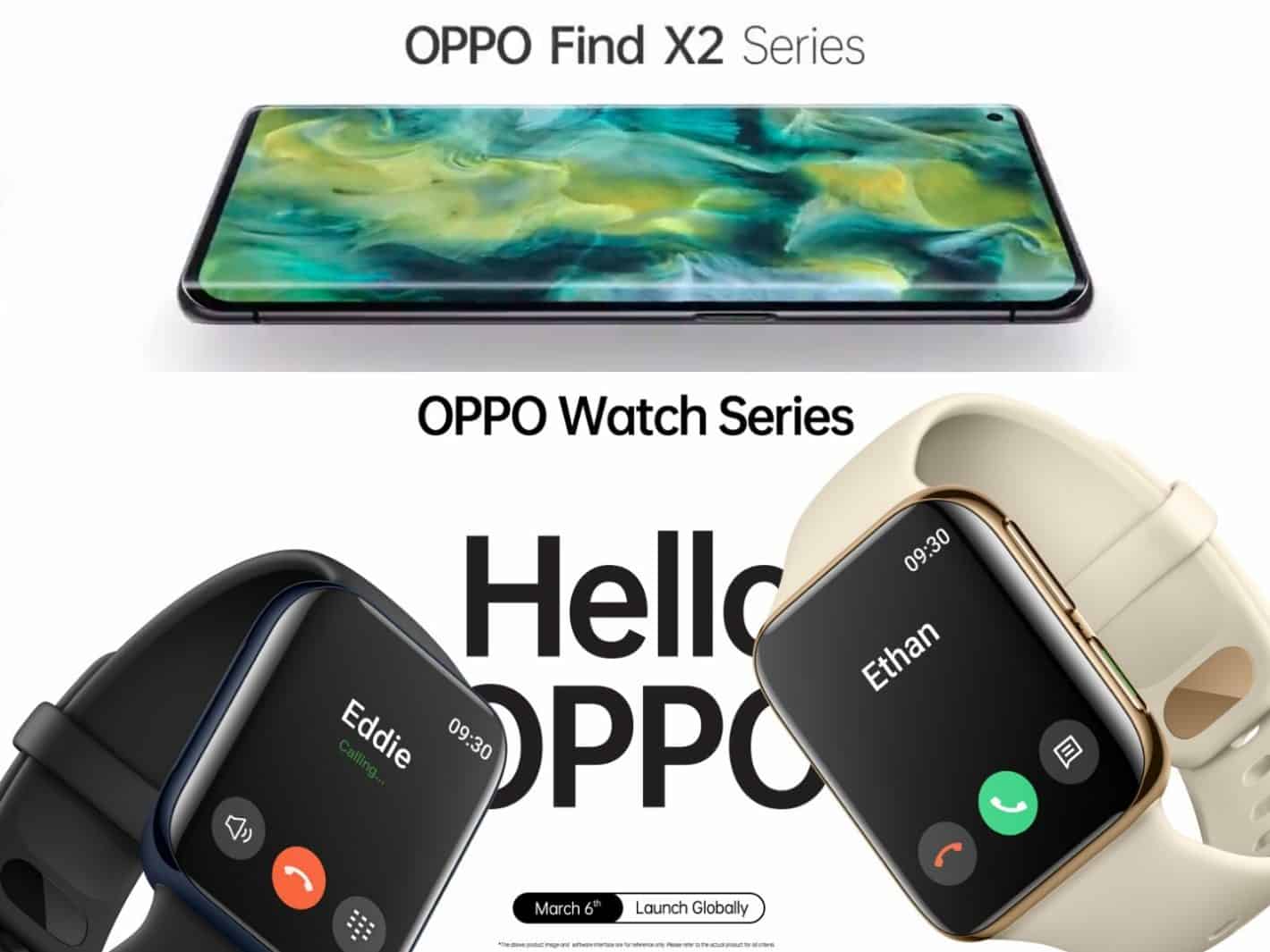 OPPO has confirmed the designs of both the OPPO Find X2, and the OPPO Watch. The company did that via official teasers published on OPPO's social media channels.

The OPPO Find X2, as most of you know, is the company's flagship smartphone series. The OPPO Watch, on the other hand, is OPPO's first try to create a smartwatch that people will be interested in.

Let's focus on the Find X2 first, shall we. The phone's design got confirmed via an official video teaser that surfaced on the company's Twitter page. This teaser not only confirms the phone's design, but also reconfirms display information. The tweet is embedded below.

Both handsets will include a display camera hole

The power / lock button will sit on the right-hand side of the OPPO Find X2 smartphones, while the volume up and down buttons will be placed on the right.

OPPO will announce two smartphones as part of this series, the Find X2 and Find X2 Pro. The two phones will be quite similar in many ways, but will have somewhat different camera setups.

The 'Pro' model will include a periscope camera on the back, unlike the regular variant. Both devices will be fueled by the Snapdragon 865, and offer LPDDR5 RAM, in addition to UFS 3.0 flash storage.

Android 10 will come pre-installed on both devices, along with OPPO's custom UI. You can also expect extremely fast charging to be a part of the offering, along with a large battery.

The OPPO Watch resembles the Apple Watch, quite a bit

The OPPO Watch, on the other hand, will resemble the Apple Watch quite a bit. It will have two buttons on the right, instead of the crown, but other than that, it looks like the Apple Watch. As you can see in the image provided below. 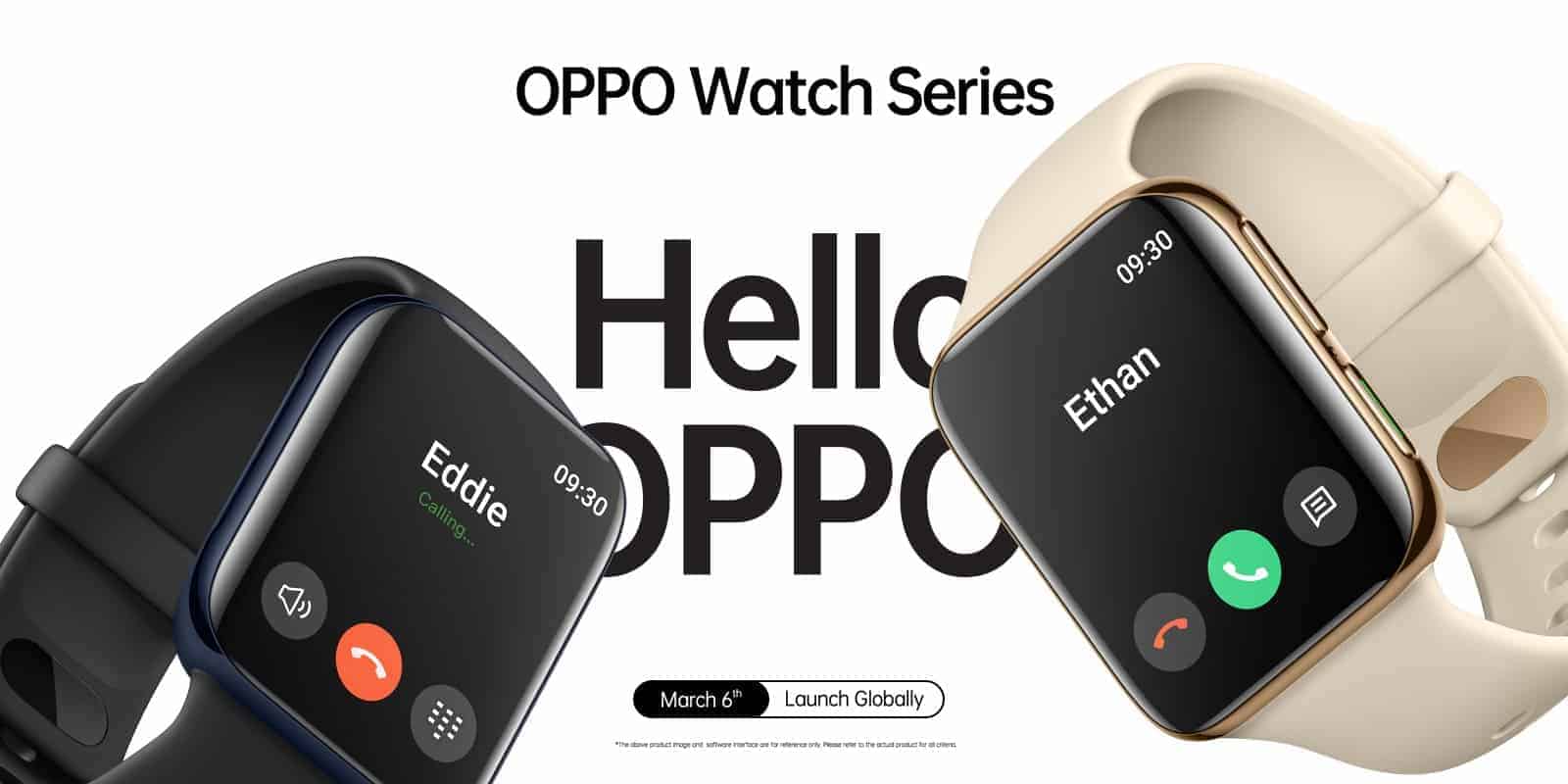 OPPO shared two color variants of its upcoming smartwatch on Twitter, Black and Gold options. The company also confirmed that the OPPO Watch will launch on March 6, on the same day as the OPPO Find X2.

That smartwatch will feature a curved display, and probably ship with Wear OS, though nothing has been confirmed just yet. You can also see that its frame will be made out of metal, and that a silicone band will be a part of the package. It's possible that other variants, with leather bands, will be available as well.