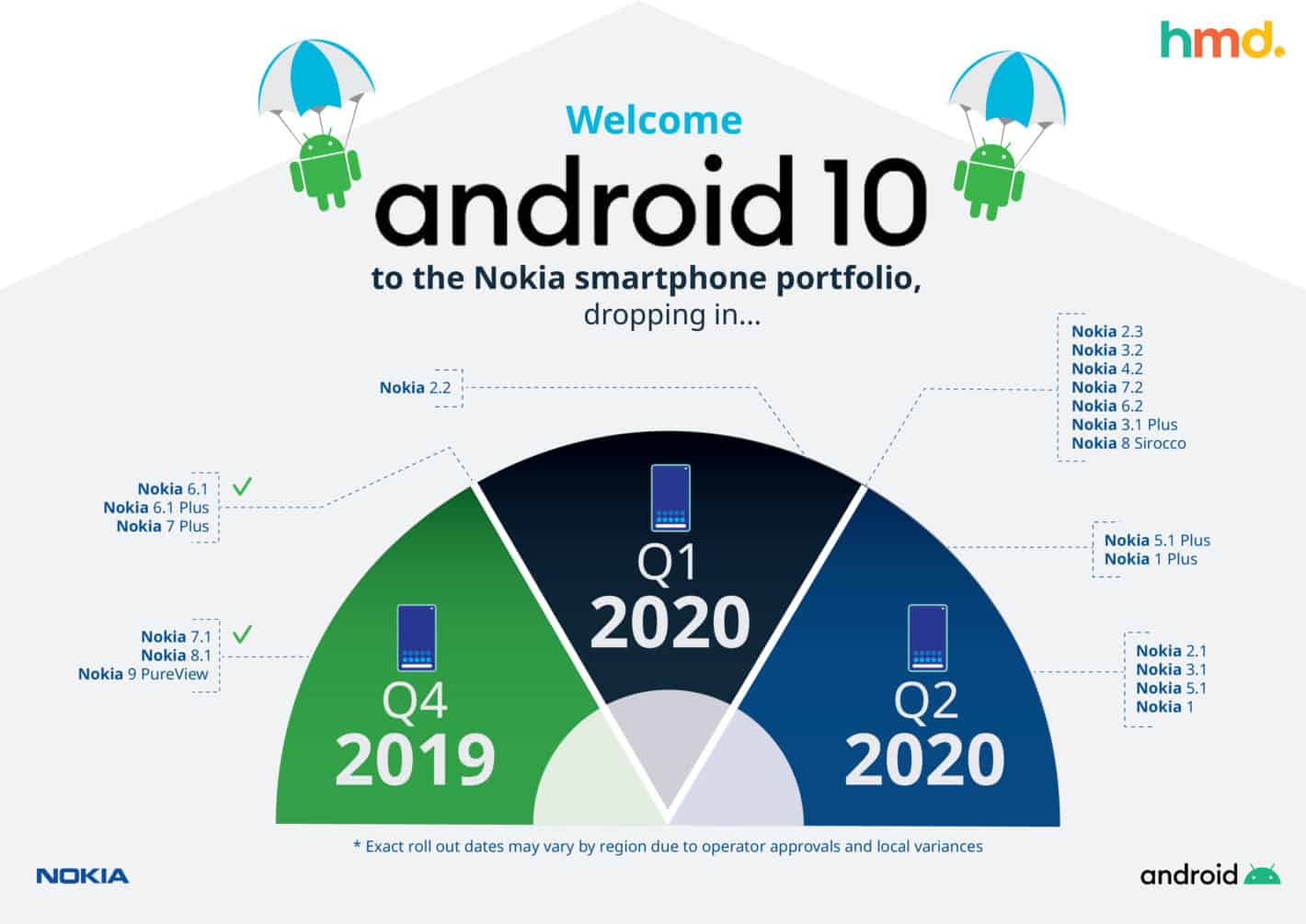 HMD Global has announced that 14 Nokia smartphones will get Android 10 in H1 2020. The company has said that the schedule has been altered a bit due to the Coronavirus outbreak.

These are not the first Nokia smartphones to get Android 10, not at all

Now, these are not the first Nokia-branded phones to get Android 10, not even close. The company had already updated six of its smartphones from October to January this year.

The Nokia 8.1, 9 PureView, 7.1, 6.1 Plus, 7 Plus, and 6.1 have all been updated in that timeframe. The devices that are scheduled to get the update in Q1 and Q2 were also originally supposed to get updated sooner.

Android 10 will bring quite a few new features to the aforementioned Nokia devices. If you've already played with a Nokia phone that runs Android 10, you know exactly what to expect.

The update will bring some new security features to the device, along with a system-wide dark theme. Focus mode will be added as well, along with some new UI tweaks.

It remains to be seen if Nokia will be able to stick to this schedule, as it's hard to predict what will happen with Coronavirus. Ever since breaking out, it has been looming over plans of many tech companies.

The Mobile World Congress (MWC) in Barcelona has been canceled due to the outbreak, while many companies decided to host online-only press conferences. Many other events have been canceled as well,

Nokia did not really set specific dates for Android 10 updates, so as long as it delivers them within a three-month timeframe, it'll fulfill its obligation. That should be doable for the company.

The Nokia 9 PureView is still the company's flagship smartphone. That device already got updated to Android 10, as mentioned earlier. There are still quite a few popular devices form the company on the list that are awaiting that update, though.

Speaking of the company's flagship, don't expect the Nokia 9 PureView's successor to arrive that soon. The phone's launch has reportedly been delayed until later this year, we're still not sure when will it arrive. The device will be called either the Nokia 9.1 PureView, or 9.2 PureView.