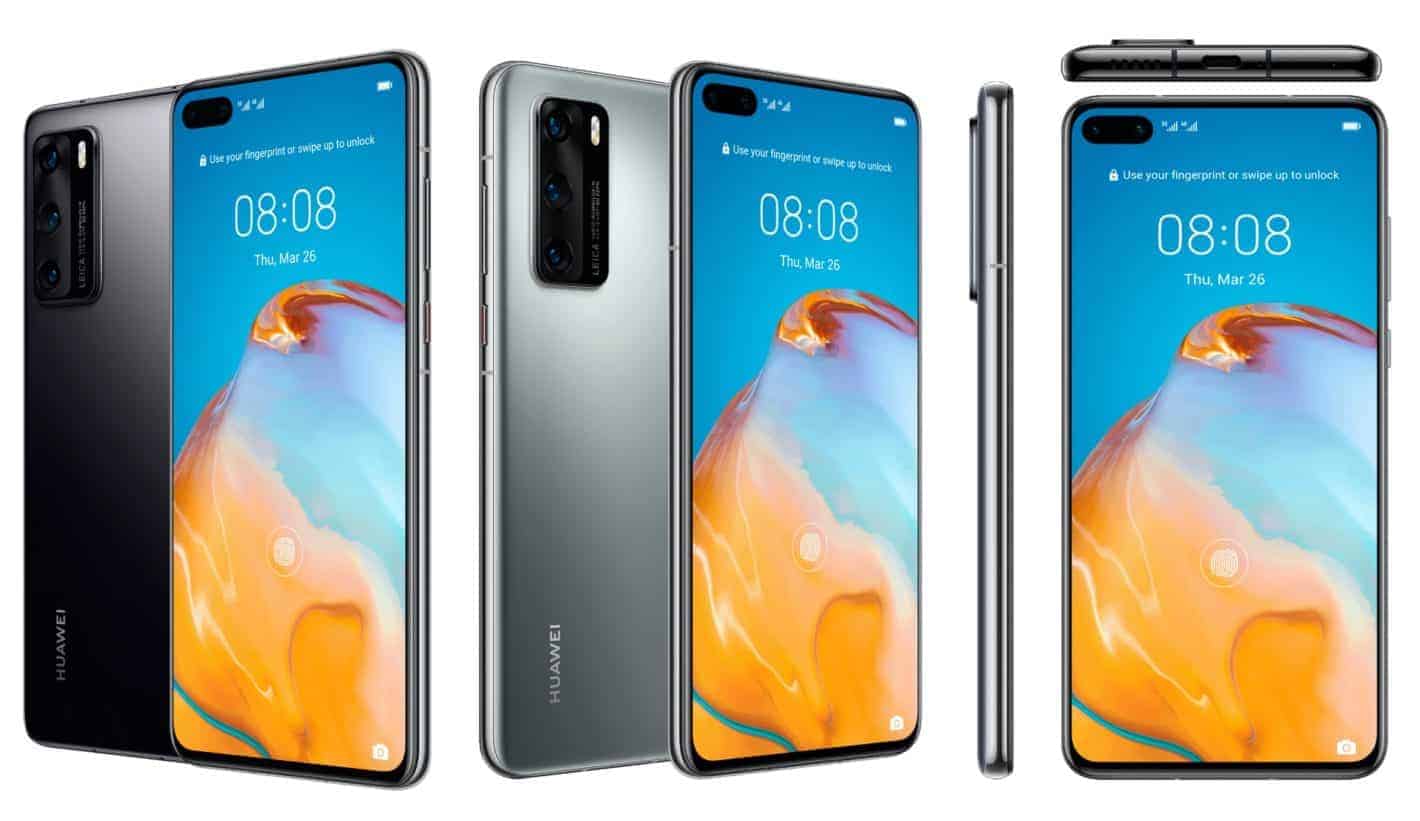 The Huawei P40 and P40 Pro will become official soon, and their specs have just surfaced, along with plenty of images. The vast majority of this information comes from Ishan Agarwal, while Evan Blass jumped in with an image as well.

Both the Huawei P40 and P40 Pro have surfaced a number of times thus far. So, the seemingly-official renders that surfaced are not exactly new, but they do give you a fresh look at the two phones.

A bunch of Huawei P40 & P40 Pro images surfaced, along with specs

If you take a look at the gallery down below, you'll be able to see all the images that the two tipsters shared. As you can see, the two phones will look somewhat similar, though there will be some differences.

The Huawei P40 will include a flat display, while the P40 Pro will sport a curved panel. The P40's pill-shaped camera hole will be taller, and narrower than the P40 Pro's.

The Huawei P40 Pro will have thinner bezels than its siblings, however, even though both will offer extremely thin bezels. The P40 Pro's camera setup will also be different in comparison. It will also include an extra camera on the back, but more on that later.

Speaking of which, let's take a look at their spec sheets that just leaked. Ishan Agarwal partnered up with 91mobiles in order to share this information.

The Huawei P40 5G will feature a 6.1-inch display. The resolution has not been mentioned, but we're expecting a fullHD+ OLED display. We're hoping it will be a high refresh rate panel.

The tipster mentions that the phone will include 50, 16, and 8-megapixel cameras on the back. The Huawei XD Fusion Engine will be here for improving picture quality. The device will be able to provide up to 30x digital zoom.

A 32-megapixel camera will be included on the front (the secondary one has not been mentioned), while the phone will sport a 3,800mAh battery. The Kirin 990 will fuel this smartphone.

The Huawei P40 Pro 5G, on the other hand, will come with a 6,58-inch display. That will hopefully be a QHD+ OLED display, with a high refresh rate, but we'll see.

The phone will be fueled by the same processor as the Huawei P40 5G, and it will include a 4,200mAh battery. The device will support 40W wired, and 40/27W wireless SuperCharge charging.

This device will be able to provide you with 50x SuperSensing Zoom, and will support 'Telephoto Stabilization'. That is basically everything that the source shared regarding this device. There you have it, these are the Huawei P40 series images and specs.

Both of these smartphones will become official on March 26, in case you were wondering. Huawei was supposed to host a press event in Paris, but due to the Coronavirus fears, it will be an online-only event.